Feeding Low Income Families? This Grocery Store Has an Option 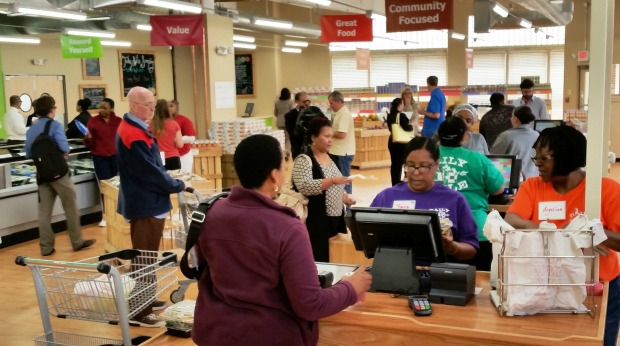 Each day, tons of good food is thrown into dumpsters at grocery stores and restaurants throughout the country. But at the same time, there are people going hungry.

That just didn’t add up to Doug Rauch, the former president of Trader Joe’s. So, he came up with a unique solution.

Daily Table is a new grocery store in the Boston neighborhood of Dorchester. The store stocks its shelves with surplus food from wholesalers or markets. Most of it is food that other stores would have thrown away due to it getting close to its sell-by date.

But it’s all still technically good. And in Rauch’s mind, at least, it would be better put to use being sold at discounted prices than tossed in dumpsters.

The Daily Table has faced some criticism for basically passing along food rejected by the rich onto those in low-income areas. But the food is significantly discounted, giving some people the opportunity to purchase more than they would normally be able to.

For example, cutomers can get a dozen eggs for 99 cents and bananas for 29 cents a pound.

Manuel Goncalves, a customer at the store, told NPR:

“I looked around, I saw the date. I saw the food being prepared in the back. And I felt comfortable to come back and buy as much as I can.”

The Daily Table is run as a non-profit. But there are still some strong business principles behind the idea. It takes an underserved market segment and provides a much-needed product at highly discounted prices.

In this case, Rauch saw two problems – hunger and food waste – and found a way to connect them so that both would become a little less overwhelming. It might not be a perfect solution, but at the moment at least, it seems to be a practical one.

Currently, Daily Table just has the one store in Boston. But if the concept takes off, Rauch hopes to expand into other cities as well.