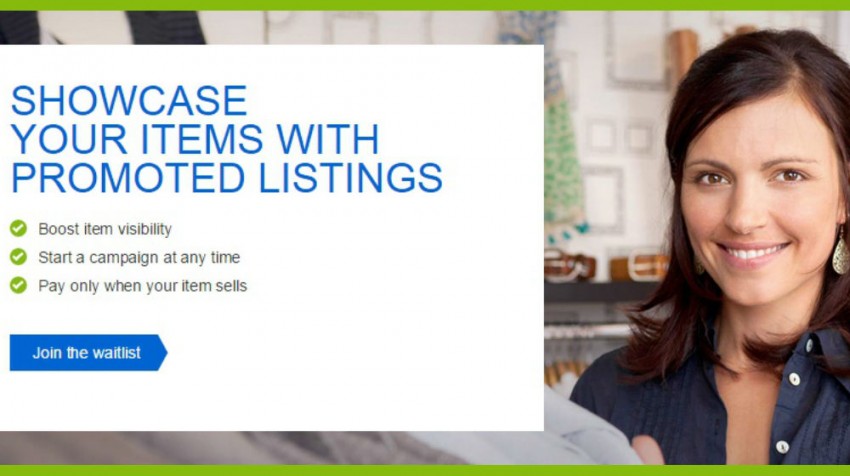 eBay recently reported plans to test a new advertising program that will give some sellers the opportunity to raise the profile of some products above the pack.

Called promoted listings, the service launches next month by invitation only for items bought and sold on eBay.

Under the proposed program, sellers pay only when an ad is clicked and a product is purchased.

“Most other advertising services will charge you for a click, whether or not a sale takes place. This is a more efficient way to advertise and one more example of our focus on seller success.”

Sellers can use the promoted listings program to help generate more views for their best-selling merchandise or for any seasonal products. These listings would appear when customers search for specific products at eBay.

The potential boost in visibility is expected to drive an increase in the potential for sales.

Touted features of the new ad tool include quick and simple set-up. The seller just chooses the products they want to promote, sets the ad rate, and then launches the campaign. Sellers retain the ability to control the campaign in terms of when they start or stop it and also to revise it.

Detailed analytics provided by eBay are available to highlight each campaign’s performance.

The seller also chooses how much they want to pay to promote an item—a price that can range from 1 to 20 percent of the item’s sale price. Promoted listings fees appear on the invoice for each item sold.

Promoted listing ads will appear in prominent locations on eBay based on the seller’s chosen ad rate and how relevant the item is to a potential buyer’s search.

Internet Retailer reports that promoted listings ads will first appear on eBay’s desktop and mobile sites, including both Apple and iOS, and will appear in Android apps in August.

The service is invitation-only and is being rolled out to a limited number of eBay sellers based in the U.S., U.K., Germany, and Australia. eBay does not plan to expand the program this year, though it’s soliciting interest from its client base.

Geekwire notes that one clear advantage of the promoted listings program is that it offers the opportunity to pay to have products promoted above others, “which will be helpful for popular categories were there’s hundreds of duplicate listings.”

Ed Lieber is a staff writer for Small Business Trends. He is a journalist and marketing copywriter with 20 years of experience writing, editing and managing for print and digital vehicles.
5 Reactions
Subscribe
Follow @smallbiztrends
RSS LinkedIn Pinterest iTunes