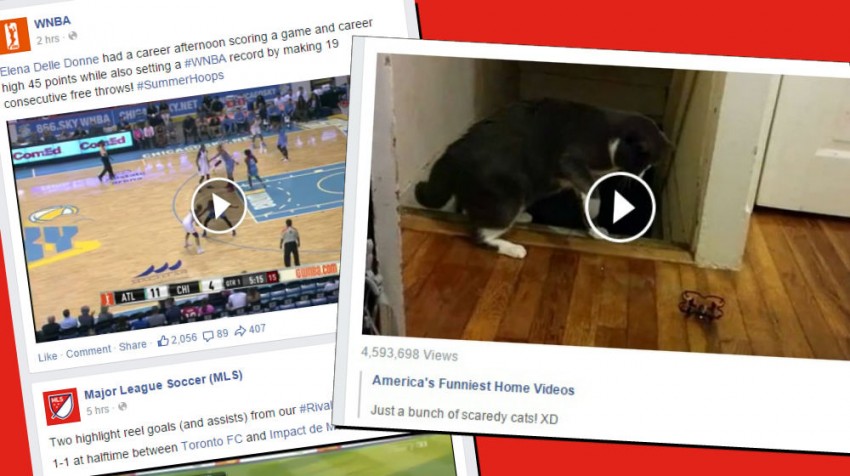 The rocky start of Facebook’s IPO has done very little to discourage the company from charging full steam ahead and going after its competitors.

With its billion-plus users in its back pocket, the company has the confidence to challenge even the likes of Google and its video outlet, YouTube.

Earlier this year, Facebook started allowing its users to embed a Facebook video on other sites just like YouTube. This has been one of Google’s undisputed domains, and while many other sites provide similar services, none of them have the numbers of Facebook.

New market research released by London-based Ampere Analysis reveals why Facebook video really could be a threat to YouTube. According to the report, the social network and video platform is making some impressive gains, considering it started not too long ago.

First of all, both sites have a similar number of monthly users, with Facebook at 1.4 billion and YouTube at 1.3 billion. However, the early lead YouTube had in this segment gives it three trillion views a month compared to Facebook’s two trillion.

But once again, it is worth mentioning, Facebook will have two-thirds of the number of views as its Google-owned competitor in 2015, getting to this level much faster than YouTube.

In the all-important monetization category, Ampere had Facebook ahead with the average revenue per user at $0.73 per monthly active user as opposed to YouTube’s $0.28. This undoubtedly will play a bigger role in the future growth of both companies as advertisers flock to the more lucrative platform.

Another impressive result from the survey is the rate at which Facebook is growing.

In the third and fourth quarter of 2014, as well as the first quarter of 2015, Facebook had 77, 184 and 315 billion views respectively. For the same period, YouTube had 702, 729, and 756 billion views. Even though the numbers for YouTube are much higher, in term of growth percentage, Facebook clearly has the upper hand.

While it is still too early to determine who will prevail, Facebook has a system in place that attracts advertisers. Richard Broughton, research director for Ampere, told Venture Beat in an email interview:

“The scale of the two players is such that there is likely to be no speedy victory for one side or the other — years of competition are on the horizon. From a consumer perspective, exposure to increased volumes of advertising is almost a certainty, but improved returns for their favorite channels will mean more content to watch.”

Michael Guta is the Assistant Editor at Small Business Trends and currently manages its East African editorial team. Michael brings with him many years of content experience in the digital ecosystem covering a wide range of industries. He holds a B.S. in Information Communication Technology, with an emphasis in Technology Management.
9 Reactions
Subscribe
Follow @smallbiztrends
RSS LinkedIn Pinterest iTunes