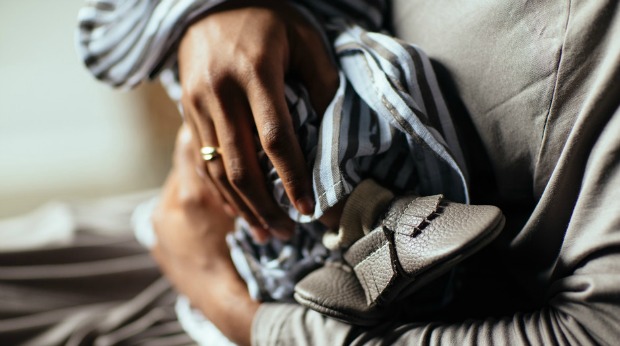 Six years ago, Susan Petersen was a stay-at-home mom who was having trouble finding comfortable shoes for her newborn son. Now, she runs a multimillion-dollar company that solves that very problem for other moms around the world.

Petersen started Freshly Picked baby shoes after picking up some scrap leather from a yard sale. She grew up wearing moccasins due to her Native American heritage. So, she already had an idea of how to construct some baby-friendly versions of the shoes.

The Freshly Picked versions feature fringe at the top and an elastic opening so that the shoes stay on little feet.

At the beginning, she bootstrapped the business. She even got creative with funding, selling some of the old materials from her brother’s window installation business to raise money for more supplies.

And even though she was finding success, selling to the likes of Kim Kardashian, Kelly Clarkson, Lisa Ling, Jessica Alba, and Jessica Simpson, she didn’t take a paycheck until last year. All of the money she made from selling Freshly Picked baby shoes went directly back into the business.

But so far, it has paid off. She has even been able to hire a team of people to help her with the business. And that ability to support both herself and her staff has been one of her favorite parts of running Freshly Picked. She told CNN:

“I remember when the moccasins were taking off — I was sitting in a Target parking lot. My whole life I’ve wanted to go to Target and buy whatever I wanted to. Now I could. I want my employees to feel the same way. There’s nothing I like more than seeing people succeed.”

Petersen’s startup story is one of many that demonstrates the power of finding a prevalent problem that needs solving. Since she was a mom herself, Peterson knew how difficult finding comfortable shoes for babies could be. So she could be fairly sure that other moms experienced that same problem as well.

But on top of that, Petersen demonstrated the hard work and tenacity that it often takes to get a startup off the ground. Funding a business in the early days can be difficult. But she was willing to get creative and even go without a paycheck for years to secure her company’s financial future.