How to Handle the Difficult Task of Firing Someone 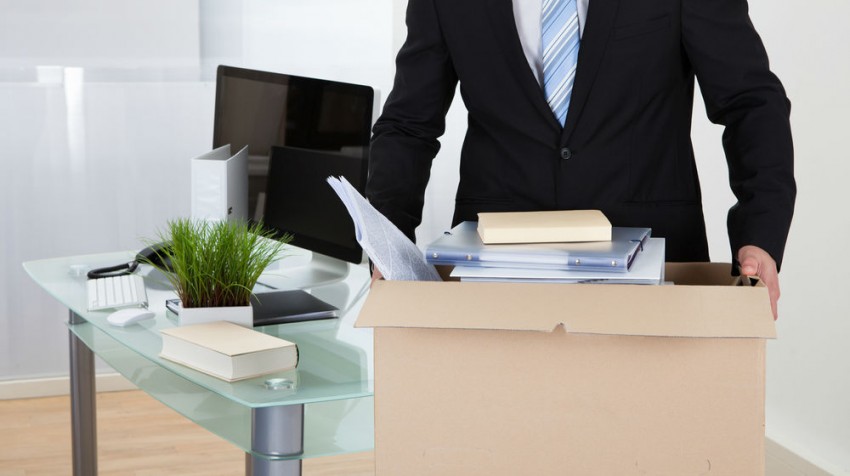 Let’s face it. Sometimes you, as the hiring manager, may not make the wisest decisions when it comes to hiring. Whether your employee is condescending, argumentative, slow, not a culture fit, confrontational, or simply isn’t able to adequately execute the job, you may have to make a rather difficult decision of letting them go.

First, don’t feel so bad – this is a common occurrence at any growing company. Just as you need to hire, you may need to fire. Pat yourself on the back for being able to recognize the need to effectuate some organizational change.

How to Handle Firing Someone

Are there issues with letting this person go? Discuss them thoroughly with your legal team. Of course, in revisiting the previous point, you probably already established an at-will relationship, but if you so happen to be reading this piece well after their period of employment has begun, perhaps not. Check with your legal team to see that you won’t be hearing from the employee’s legal counsel in time.

This goes without saying, but you don’t want to make a scene of getting rid of an employee. Make sure no one can overhear the conversation so that the employee is not humiliated after the fact. She should be able to leave on good terms with her old colleagues, assuming things were good between them.

Keep it Short and Sweet

Firing someone with a laundry list of issues you had with them is neither going to do you or the employee any justice. In fact, it’s a disservice and can add insult to injury, according to Jack D. Leach.

You may get a rebuttal of sorts, and things can get heated. Neither you nor the employee will feel good if things get ugly. Be direct and honest, but don’t ramble. Don’t make it personal. This is business. If they ask for more details, just tell them it wasn’t a fit.

Don’t leave them thinking to themselves, “Was I fired or was I not fired?” If you’re letting them go, be blunt about it – but again, do it succinctly.

Getting rid of someone is a hard thing to do. When it comes to how to handle firing someone, make sure the employee knows that this is tough for you to do. Tell them how hard it is for you, but that it wasn’t working out.

Deal with the Problem Quickly

Oliver Jones emphasizes expedience. You don’t want to think about getting rid of the person, because that just adds stress. Your team will be happy that the underperformer is out of their way since they likely can do a better job without him.

The person who is being canned is probably already frustrated and this no longer has to continue.

Be Ready to Answer Questions

Make sure you’re prepared to answer questions like what’s going to happen to the project they may be invested in. Make sure they know when their last day is, and when benefits terminate.

Make sure they know how much severance pay they’ll be getting. Don’t leave anything up for ambiguity, because it will be really awkward for both of you down the line if they have to follow up with questions that you haven’t prepared for and need to look into.

Do it on a Wednesday Afternoon

Give Them a Release Form

If things got ugly, you want a release form to ensure that the relationship is formally terminated — and that there is a non-disparagement clause. You wouldn’t want the former employee to badmouth your tactics, assuming they didn’t agree with them.

For the Future? Hire on a Trial Basis

Usually most firing occurs within the first three months because you realize you made a mistake with hiring. In those cases, consider hiring on a trial basis. Give them three months to prove themselves, perhaps at full pay, perhaps at a lesser pay, perhaps with benefits only once they’re on board full time.

This means at the end of month three, if it didn’t work out, it’s no harm, no foul – and was more expected than unexpected.

One thing to note: communicate your concerns during this period.

If you’re not happy with elements of their job performance, let the employee know what dissatisfies you so that they can shape up. If they can’t make it work, you will both know by the end of the third month that it wasn’t meant to be. Chances are, the employee was also prepared to depart, giving you breathing room — maybe the employee already found something too, which is better for everyone.

We know it sucks to fire someone. But to ensure the growth of an organization, occasionally it has to be done. When it comes to how to handle firing someone, as long as you fire with integrity, you’ll overcome that hurdle and move on — for the better!

CareerDean is a Q & A website for career-related advice and content. Our vision is for anyone in the world to be able to go on CareerDean and find any career guidance and/or information they need to make the best career decisions. That’s possible because our content is crowdsourced. Everybody is an expert in their own career and has knowledge, if shared, that can help somebody else.
One Reaction
Subscribe
Follow @smallbiztrends
RSS LinkedIn Pinterest iTunes