Lenovo Magic View is Here, But Do You Need One? 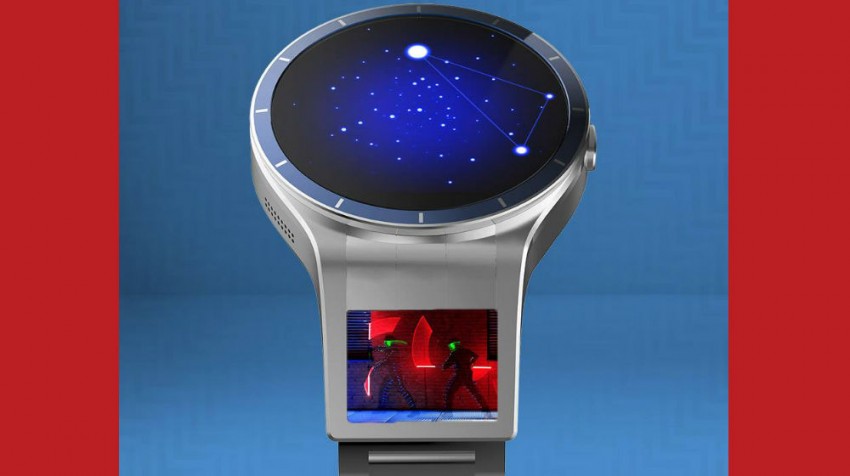 At Lenovo’s Tech World event in Beijing the company revealed a new concept smartwatch that many feel bears a striking resemblance to Motorola’s Moto 360. This new smartwatch is the Lenovo Magic View, a name that refers to the virtual display the watch sports.

Lenovo’s recent acquisition of Motorola has fueled the speculation that the Lenovo Magic View may be a replacement for the newest version of Moto 360. No rumors can be confirmed one way or the other, though.

Despite its similar looks, the Magic View differs significantly from the Moto 360 in that it sports two displays instead of one. The second LCD display is located between the round watch face and the band.

What’s the purpose of a second display you might ask?

Magic View’s second display is more than just an extra screen. Lenovo claims it uses optical reflection to create a virtual image. The result of which is images that appear more than 20-times larger than the watch face display.

Lenovo says it was looking to approach the problem with small screens on smartwatches, limiting their usefulness. The company claims that, because of screen size, smartwatches have a hard time displaying anything more than updates and notifications.

Lenovo Magic View could possibly expand the usability of smartwatches but as of now, it’s not looking too practical.

In order to work, users must first select a desired app from the main watch display, and then using finger gestures to “flick” the app down to the second screen. Then, to view the app content, users must actually hold the screen up to their eye. Pulling the screen back more than a few inches significantly decreases the size of the virtual image.

Business users may not have much interest in the Lenovo Magic View as it functions now. It’s not very practical to have a smartwatch hovering inches from your face while trying use the second screen.

Still, the watch is a prototype so it’s possible the technology will improve before it makes it to market. Lenovo gave no further details about the Magic View’s specifications, pricing, or possible launch date.