With Lenovo Smart Cast, Your Phone Becomes a Projector 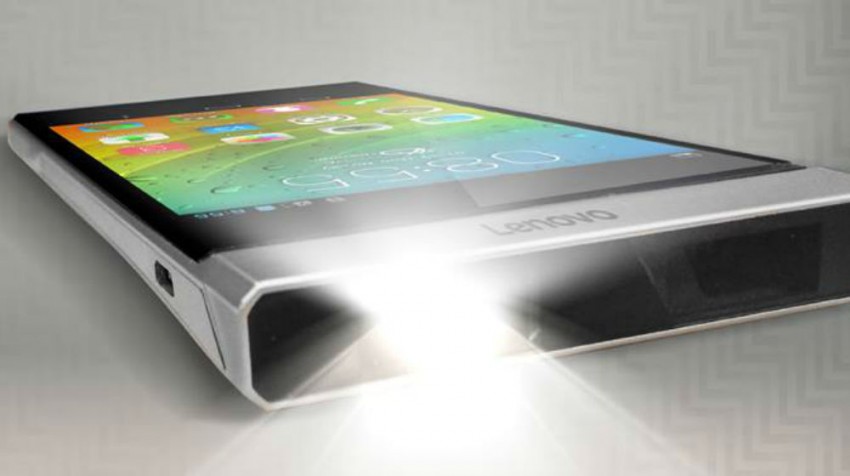 Our smartphones are being built to do so much more than answer calls.

Cameras are getting more sophisticated. A simple device turns it into an impromptu payment portal. And now Lenovo is going to have a smartphone double as a projector. It’s development name is Smart Cast and if all goes according to plan, it will be a first-of-its-kind device.

Lenovo says Smart Cast will not only incorporate the world’s first laser projector in a smartphone but the world’s smallest pico projector as well.

But how exactly does the phone work and for what is it useful?

Lenovo believes Smart Cast could be a solution to making smartphones more useable and even more PC-like. Lenovo Smart Cast has a rotating projector system allowing for multiple uses and functions.

For example, users could choose to project movies, videos, or even video games on a wall or screen. Or users could instead project a keyboard on a table surface.

But Lenovo says Smart Cast will offer more than just a fancy projector. The company claims the phone will use Lenovo’s gesture recognition software so users can interact with content being projected. The software will be able to interpret movements such as clicking, swiping and multi-touch.

Lenovo says on its news site:

“Whereas today smartphones are limited to consuming content, Smart Cast changes the paradigm by giving users a smart phone with built-in laser projector, infrared motion detector and high-performance algorithms. This first ever technology combination opens a new world of interaction: Users can project a large virtual touch screen onto a table to type with a virtual keyboard and work with specific productivity apps (calculator, drawing, note-taking and even edit in Microsoft PowerPoint).”

Smart Cast isn’t exactly the first of its kind.

Samsung launched its own smartphone with an integrated project a few years back, called the Galaxy Beam. The Beam fell flat with consumers and the phone, on its own, was not impressive.

But Lenovo Smart Cast presumably sets itself apart from the Galaxy Beam with its gesture recognition software. The ability to interact with projected content may be what makes Smart Cast a worthy investment.

Lenovo Smart Cast was revealed at its recent TechWorld event Beijing. The company did not reveal any further details about the phone or give a date on when we might expect to see it first-hand.