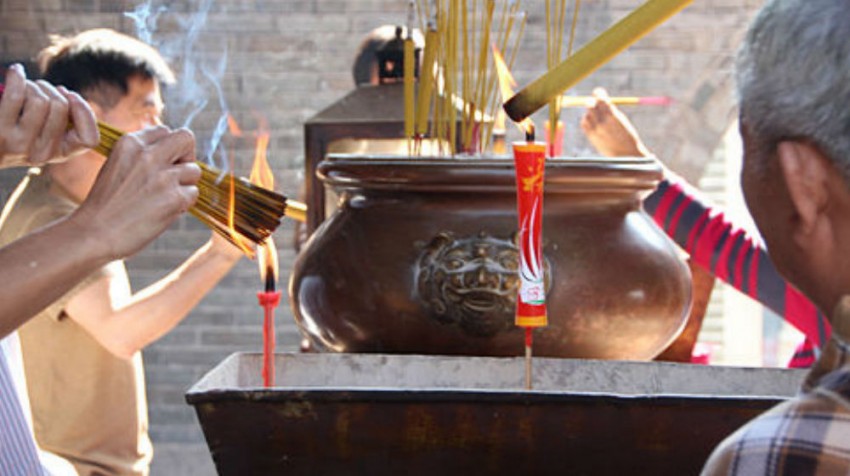 Living in a small town can help or hurt small businesses. But when you find a niche that needs filling, you just might strike gold.

For example, the Bun Festival, held each May on a tiny, one square-mile island near Hong Kong, has been growing exponentially each year.

The small town of Cheung Chau is flooded with people filing off by the boatload to take part in this yearly tradition. During this celebration, each day of work can be like doing a months worth of business.

Local legend goes that the festival was created after the island was ravaged by pirates and plague; as an offering to Pak Tai, the god of the sea, local fisherman made steamed buns stamped with the Chinese character ‘Ping On’ for ‘peace’.

Apparently, the buns worked and the island was protected.

Each year, locals repeat the ritual to bring good luck. The week-long celebration is one of the biggest celebrations of the year for this sleepy little island, and the streets are filled with tourists, traditional lion dances, dragon dances, parades of children on stilts and the centerpiece: the bun snatching competition.

During this race, three ‘bun mountains’ are created from bamboo scaffolding and participants clamber to the top in order to assure luck for their family in the coming year.

One cake shop, owned and operated by Kwok Kam Chuen for 40 years, is the official supplier of buns for the festival. The iconic white buns still come stamped with the kanji for ‘peace’ and are filled with traditional pastes like red bean, sesame and lotus.

During the festival, this little shop can make and sell over 10,000 buns daily.

Preparation begins one month before the festivities: the shop begins to gather extra supplies, workers, and cuts down the menu to focus on their star item: the buns. During peak production, Kwok and his assembly line can fill up massive, 200 bun steamers in the blink of an eye.

Thanks to the festival, Kwok sometimes sees more than $10,320 in sales each day of the festival: more than 20 times his average daily income. By the end of the week-long celebration, often he has more than $65,000.

It takes a lot of work keeping up, though. Kwok wants to open another shop, but worries that his age keeps him from doing so. He even mused in his interview with CNN:

“It’s very hectic making so many buns for the holiday. I rarely have time to go a restaurant to eat, so when I am hungry, I just grab a ‘Ping On’ bun.”