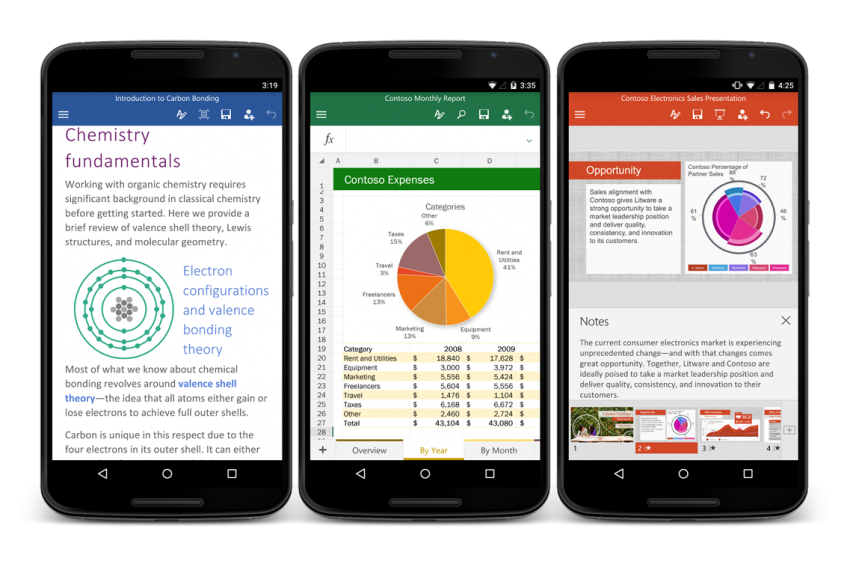 Microsoft is taking another step in making its software cross-platform. The company recently announced the official launch of Office for Android phone.

The suite of Office apps for Android was previously released for Android tablets but starting Wednesday, June 24, Android phone users can download Word, Excel, and PowerPoint apps for free in the Google Play store.

Some features of the Office for Android apps Microsoft highlighted in the announcement include the ability to review and edit documents while on the go, giving a PowerPoint presentation wirelessly from your phone, and pulling up documents stored on another device.

Even though the apps are free, if you want to unlock all the premium features you will need an Office 365 subscription. Also, if you are a OneDrive user you can access documents stored in Dropbox, Google Drive or Box on the Microsoft apps.

Microsoft claims it has partnered with more than 30 companies such as Sony, LG and Samsung to pre-load these apps on Android devices. Microsoft says these devices should be coming to retail stores later this year, so your next Android phone may come pre-loaded.

But for those who don’t want to wait for their next phone upgrade, they can download the Office for Android phone apps now with just a few requirements. Your phone will have to run Android Kitkat 4.4x or above, though Android M is not yet supported. The apps also require 1GB of RAM or above.