A Fantastic Lesson My 4-Year-Old Taught Me About Selling 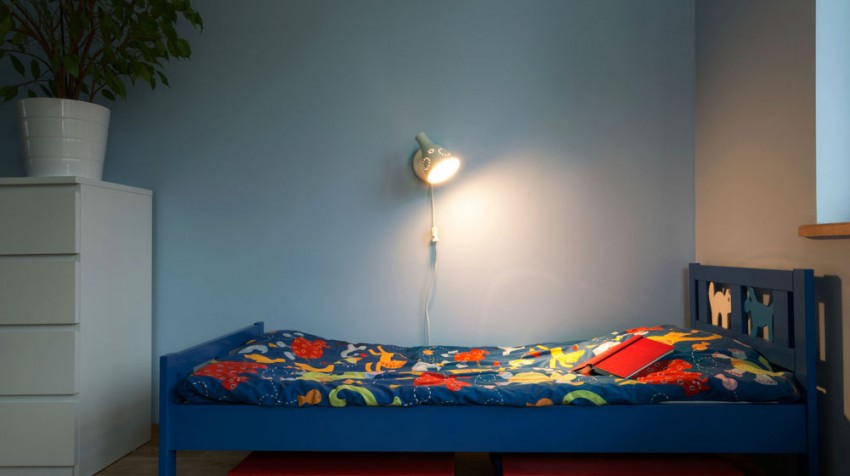 If you’re an entrepreneur, you already know how hard selling can be.

Many business owners struggle in their attempts to move others to action. In order to succeed, you have to be able to effectively communicate what your product,  service, or idea means to the people you need to influence.

A few weeks ago, I learned an amazing lesson about persuasion. I learned something that can help you improve your selling and marketing efforts.

I learned this lesson from my 4-year-old son. Yes, it’s true. He’s amazing!

If you want to learn more about persuasion, sometimes you don’t need to look any further than your kids. If you don’t have kids, make some or borrow some! You will be glad you did. I promise!

My son turned 4 a few months ago. Since that moment, he’s decided that he’s now a “big boy” and he constantly reminds us of this fact.

Suddenly, he wants to do everything by himself. He wants to start acting older. When he realized that he’s now a big boy, he understood that he could do all of the things big boys do.

Except sleep in the dark.

That’s right. Even though he was a big boy, he still wanted his night light. Every night when I put him to bed, he would ask for his night light because he was too afraid to sleep without it.

I tried over and over again to get him to go to sleep without the light, but he would fuss and cry. As a matter of fact, I’d even turn the light off after he fell asleep and he’d still wake up fussing!

A few weeks ago, I tried something different. I had put him to bed and he began fussing because he wanted his night light. Instead of trying to convince him that big boys don’t need night lights, I decided to take another approach.

Instead of telling him about how big boys don’t need night lights, I told him that the night light was now the “baby light.”

I explained to him that if he wanted me to turn on the baby light, I would. I had no problem doing it.

If he was okay with needing to sleep with the baby light on, I was happy to oblige. After all, babies need baby lights, right?

He started to argue with me about it. He insisted that he was a big boy, but he wanted the light on. I told him this was fine, but that it wasn’t a night light anymore. It was a baby light, and if he wanted the baby light on, I’d turn it on.

To my surprise, he told me not to turn it on. He said he didn’t want to sleep with the baby light. I was shocked. I didn’t think it would work, and yet it did.

He went to asleep. He hasn’t asked for the night light since.

It didn’t take me long to understand how powerful this lesson was. Instead of trying to get my son to think about himself as a big boy, I got him to see himself in relation to the night light. When he saw the night light in a different way, he adjusted his own thinking.

So what does this lesson have to do with entrepreneurs who are trying their best to get people to buy their products, services, and ideas? There are three key questions that this lesson should raise for entrepreneurs.

When you are able to answer these questions, you will better understand how to get your audience to buy what you’re selling. In this illustration, I was trying to sell my son on the idea that he no longer needed his night light.

Giving him all the reasons he didn’t need the light wasn’t working. So I had to get him to view the light differently. By changing how your audience views your product, service, or idea you can make them desire it more.

The Importance Of Worldview

In his book “All Marketers Are Liars,” Seth Godin points out that every audience has a certain fundamental worldview. This worldview was present before you came along, and it informs each buying decision that they make.

The stories that we tell about our products, services, and ideas need to be framed in terms of the worldviews of your audience. You can’t ignore it.

Being successful at selling requires that you understand the worldviews that your prospects have. Instead of trying to change their worldview, figure out how your company fits into their existing worldview.

What is a worldview? Seth Godin says:

“A worldview is not who you are. It’s what you believe. It’s your biases.”

Here are some examples of worldviews:

Four-year olds have a worldview too! In this situation, my son’s worldview consisted of two points: “Being a big boy is important, and I am a big boy.” The fact that he is now a big boy influences his actions.

This is why my rebranding of the night light as a baby light caused him to shun it. By getting him to perceive night light in a way that conflicted with his worldview, I was able to get him to reject it.

As an entrepreneur however, your job will be to get your prospects to accept your offer and reject the competition. The effectiveness of your approach will be largely determined by how well you frame your offering in terms of the prospect’s biases and beliefs..

In the world of influence, worldview is very important. We must learn to frame our offerings in a way that fits in with the worldview our audience holds because this is the lens by which your audience perceives everything. Rory Sutherland, in his TED Talk, discusses how perceptions based on our worldview can cause us to accept or reject an offering.

So, how can you use this for your sales efforts? You will have to figure out how your product, service, or idea can appeal to the worldviews your audience members hold.

First, you must understand what your audience believes. Then you must craft a story that addresses these beliefs. Your narrative should affirm your audience’s beliefs, not try to change them. The story you tell must show how your offering is consistent with the beliefs they hold.

You need to convince them that your offering supports their worldview. When you do this, your audience will feel a connection to your brand and what you’re selling. After this connection is made, they will trust you and ultimately, they will buy from you.