Restaurant Owners Band Together on Facebook to Find Dine-and-Dashers 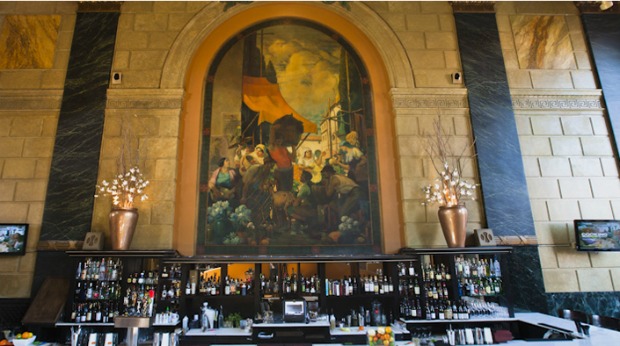 Facebook has several different uses for businesses. But one Ohio restaurant owner recently found a new use for the social media giant aside from the obvious ones, like marketing and responding to customers.

Steve Schimoler, chef and owner of Crop Bistro & Bar in Cleveland, created a Facebook post after two brothers visited the restaurant and allegedly left without paying – they were dine-and-dashers.

His post included a photo of the men, along with a caption that read:

“Better shot of the two who walked last night from Crop and Cento. And they are brothers. [Names withheld]. Apparently they are notorious for this before. Can run, but can’t hide. Watch out share any info please if you know where they may be. He uses other peoples numbers and addresses apparently.” [sic]

As it turns out, the men had a history of being dine-and-dashers and had done the same at multiple restaurants in the Cleveland area in the few days prior to the incident. So Schimoler’s post got a lot of visibility in the community. And the very next day, David Flowers, general manager of Johnny’s, another restaurant in the area, apprehended the men when they again tried to be dine-and-dashers and skip out on their bill.

“It worked instantly because the word got around quickly.”

Though most businesses simply use Facebook to get the word out about their products or services, this story illustrates the power that the platform can have.

However, not every post has the same reach as Schimoler’s did in this situation. For a post to get around and have an impact this quickly, it needs to relate to a lot of different people.

If his post was framed as just asking for help from people, it might not have had the same impact. Instead, he created a post that was aimed at informing others who might find themselves in the same situation.

There was a clear audience (other restaurant owners in the area) so people knew when the post related to them. And those people were also more likely to forward the post on to other relevant individuals.

With all of the different functions that Facebook offers for businesses, people sometimes forget that it’s first and foremost a platform for communication. So, whether you have questions, concerns, or cautions for people in your network, don’t be afraid to reach out on the platform.

You never know how it might be able to help your business.