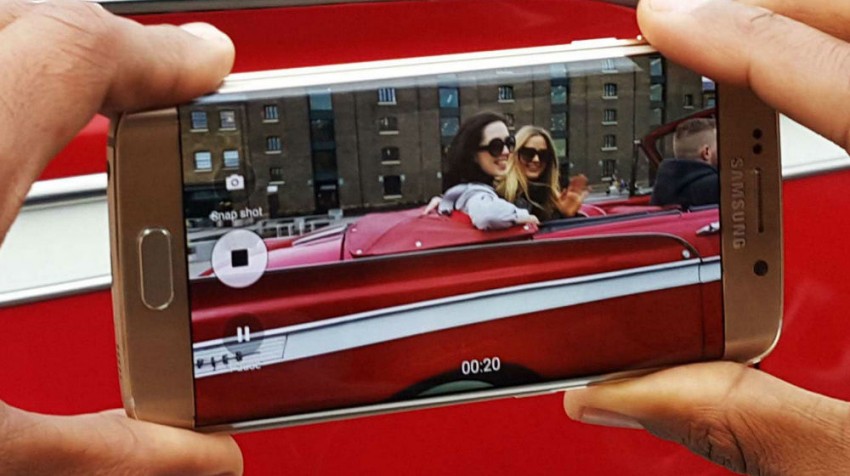 If you want the newest version of the Samsung Galaxy S6, you’ll have to get it from AT&T.

For the third summer in a row, the telecommunications giant is releasing an exclusive offering from the Galaxy S family.

The Samsung Galaxy S6 active is being billed by AT&T as “the toughest and most advanced member of the Galaxy S family,” designed to be lightweight yet durable, thus perfect for someone with an active lifestyle. In an official release, Senior Vice President of Device Marketing and Developer Services for AT&T Mobility Jeff Bradley explained:

“As we’ve shown over the past three years as the exclusive provider of Samsung’s Galaxy S active family, we feel that our customers shouldn’t have to trade durability for best-in-class specs. The Galaxy S6 active is the best Galaxy S6 in the market. It combines all the premium features of the Galaxy S6, but also is durable enough to handle wear and tear.”

The Samsung Galaxy S6 active, which went on sale June 12, runs the Android 5.0.2 Lollipop operating system. It features an Exynos 7420 64-bit octa-core processor, as well as 32GB of internal storage.

Its 5.1 QHD Super AMOLED display has a pixel density of 577 ppi, and has 16MP rear and 5MP front-facing cameras.

In terms of battery life, the S6 features a 3500mAh and embedded wireless charging technology that works with most wireless charging pads on the market. With wired charging, the Galaxy S6 phones will charge 1.5-times faster than its ancestor, the Galaxy S5. That translates to just 10 minutes of charge time to get about 4 hours of usage time out of your phone.

“With the Galaxy S6 active, we’re delivering consumers with high durability coupled with the powerful performance of Samsung’s latest flagship smartphone. The result is a smartphone that brings ruggedized capabilities and water resistance coupled with the camera, battery and design features that empower our consumers and business users to do more.”

The Samsung Galaxy S6 is available at att.com or at AT&T stores, and comes in camo white, camo blue and grey.

The initial version of the Samsung Galaxy S6 — and its sister phone the S6 Edge — were unveiled in April.