This Indiegogo Campaign Wants to Solve Your Sleep Apnea Problems 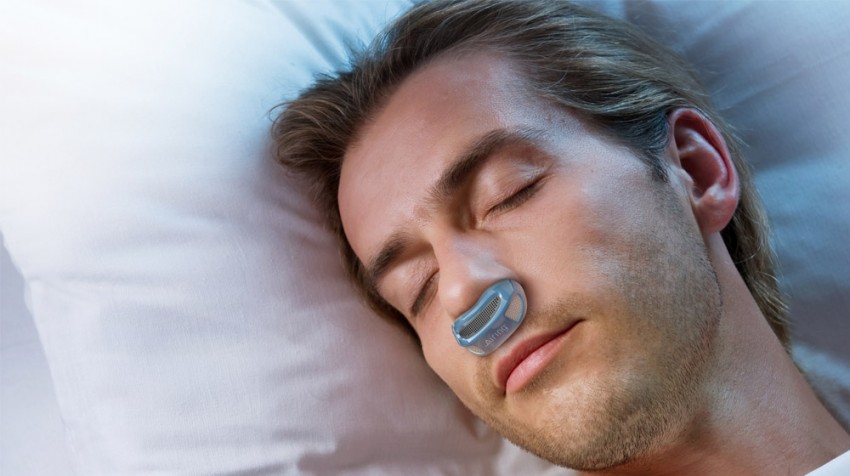 Missing out on a good night’s sleep can ruin your whole day. Your mood can be affected, you can find it hard to focus, and it can be nearly impossible to shake the sleepy feeling.

For those with obstructive sleep apnea this scenario can be an almost daily occurrence with other health concerns thrown into the mix.

One of the most common treatments for sleep apnea is the nightly use of a Continuous Positive Airway Pressure (CPAP) machine. But for anyone who has seen a CPAP or used one, they can tell you the machine comes with its own frustrations.

Inventor and entrepreneur Stephen Marsh has created a device he thinks will eliminate the problems with traditional CPAP machines. Marsh calls his invention Airing, a hoseless, maskless, cordless micro-CPAP device.

For more information on Airing check out the video below:

A typical CPAP works by increasing the air pressure in your throat to keep your airway from collapsing, which is the cause of obstructive sleep apnea. To do this, a mask is fitted over your nose and sometimes mouth as well, then strapped tight around your head to create a seal. A hose then connects the mask to the machine so air can be blown in.

CPAP machines work but some people find them to be cumbersome and loud. According to Marsh 50% of CPAP users stop using their machine within a year of starting.

Marsh boasts over 75 patents and applications to his name in the fields of electronics, energy, healthcare and consumer products. With a resume like that it’s not a stretch for this serial inventor to set his sights on a CPAP solution.

To bring Airing to the market, Marsh has launched an Indiegogo campaign, raising more than $527,000 in just three days. If you are interested in investing in the Airing cordless CPAP, you can still contribute to the campaign.

But don’t expect to get your own supply anytime soon. The company still has to gain FDA approval and does not plan to ship until summer of 2017.

Tabby McFarland is a staff writer and web researcher for Small Business Trends. As a staff writer she specializes in social media, technology, special interest features, and e-commerce. A geek at heart, Tabby loves to be online interacting with the blogging community. Tabby is a WAHM (work at home mom) and is also an avid Pinterest enthusiast with a strong sense of style and creativity.
15 Reactions
Subscribe
Follow @smallbiztrends
RSS LinkedIn Pinterest iTunes