Detroit is Trying to Become the Next Major Tech Hub 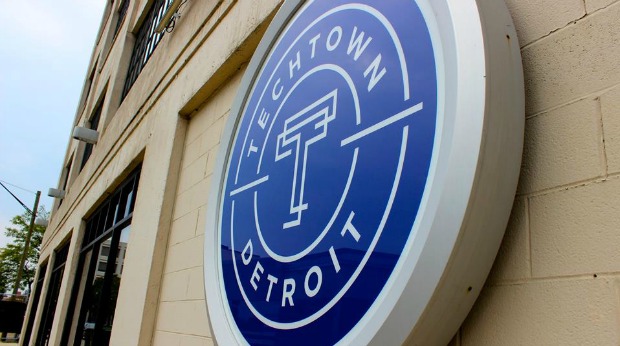 Detroit isn’t exactly known as a tech hub. But some people and organizations are looking to change that. One such organization is TechTown Detroit, a non-profit business incubator located in an old General Motors factory in the city’s Midtown neighborhood.

The TechTown Detroit building is a five-story building currently playing host to about 40 small businesses. And the organization is working to build that community even more by promoting some of the benefits of starting a business in Detroit.

One of the main benefits is the low cost of living. Rents at TechTown Detroit are about 70 percent cheaper than they would be in a comparable space in Silicon Valley. And homes and other amenities are also much more affordable than in more established hubs like the Bay Area.

Adam Leeb is one of those entrepreneurs who has realized some of the benefits of launching a business in Detroit. The MIT grad co-founded Hemingwrite, a company that produces typewriters that automatically add whatever you type to a cloud-based server. The product allows people to have that old typewriter feel while still giving them the opportunity to save documents digitally so they can go back and make edits later. It also allows for distraction-free writing since there aren’t any emails or other windows popping up.

Leeb works out of the TechTown Detroit building, and enjoys the low cost of living and comeback spirit of Detroit.

But being part of a tech community that’s still relatively small doesn’t come without drawbacks. Leeb said that his company has had a more difficult time raising money since it’s not located in a major hub like Silicon Valley.

He also added that the other benefits won’t necessarily offset the downsides for all different kinds of businesses, telling NPR:

“If you’re coming here just for the cheap office space or the cheap living, then you probably need a better idea.”

Finding an inexpensive place to run a business can clearly have its benefits. And those companies that might need access to nearby engineers for product development could also very well benefit from setting up shop in Detroit. But low rent, alone, shouldn’t be the deciding factor for choosing a startup location.

The high cost and oversaturation of Silicon Valley have caused many entrepreneurs to set up shop elsewhere. And Detroit’s up and coming tech startup scene is an intriguing option. But entrepreneurs should consider all of the pros and cons so they can choose a location that offers the benefits that will cater most to their specific needs.