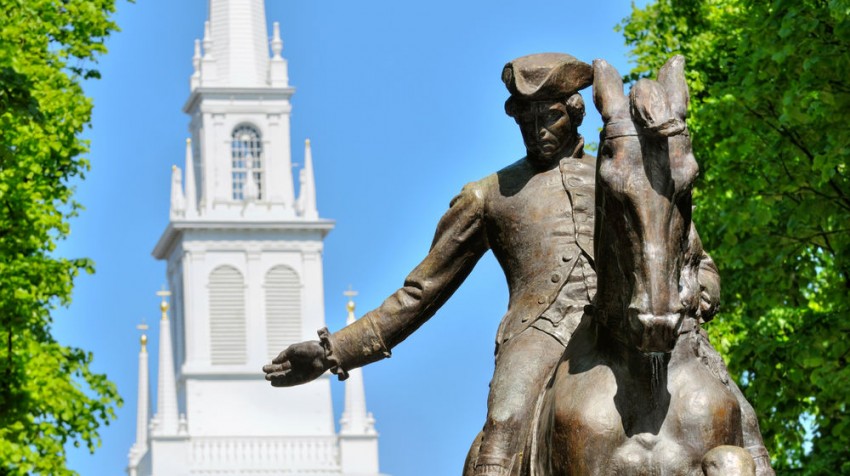 Small businesses have been at the core of America’s economy since people started calling this place America.

If you weren’t making it yourself, there was a shopkeeper in the middle of town peddling the wares you needed. Wagon running a little wobbly? Take it to a wheelwright.

Well, you’d be hard-pressed to find a qualified wheelwright today. Some jobs that were essential at the time of the American Revolution don’t really have a place in today’s world.

There was no sense coming all that way from England if you weren’t going to put down roots in the New World. And as the colonies grew, so did the demand for new homes. Carpenters, of course, were the ones to call to build those homes. 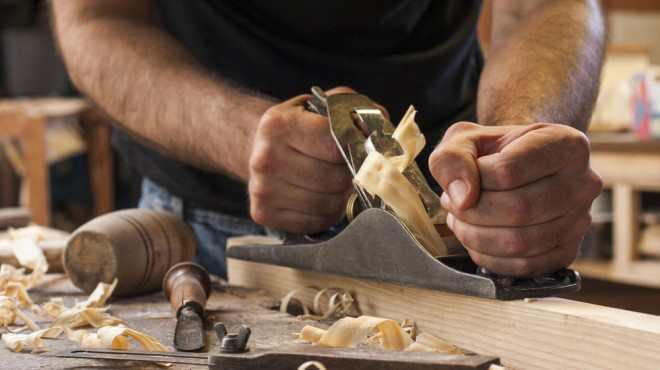 Has a carpenter ever not been in demand? And as the housing market fluctuates, the demand for carpenters and builders can sometimes not be met.

This may be the one and only category where the same product could be sold both then and now.

Demand for new homes meant demand for lumber. Lumber mills supplied most, if not all, the lumber used in early American home construction.

And in a unique spin, some of the lumber that was sold in the 18th Century is still being sold today. Architectural salvage has become an industry on its own. When a home – some dating back to Colonial times – is being demolished, it’s picked to the studs for anything salvageable. Those old home parts become part of new homes or restored older homes.

And buyers are still paying handsomely for the products. More companies are specializing in colonial and 19th Century American architectural items. That includes some late-1700s attic flooring or some vintage pine floor boards. These businesses will take anything from an older home – doors, window frames, fixtures – and find a new owner for it.

If the colonists were intent on staying, they were going to have to eat. Farming wasn’t the glorious life, though. And while they were busy feeding their families and growing cash crops like wheat or tobacco, there was also worries about the impending war with the British. If farmers were called in to help the war effort, that put the onus of running the farm on family members.

One thing that could be said of colonial farmers is that there certainly weren’t any concerns over GMO foods or harmful pesticides used on crops. It was farming the so-called old-fashioned way.

Public skepticism that continues to grow over what’s going into our food has created a demand for a truly wholesome homegrown food. And the rise in organic farms is testament to that. In fact, the U.S. Department of Agriculture estimates that organic farming and agriculture generates $35 billion annually. 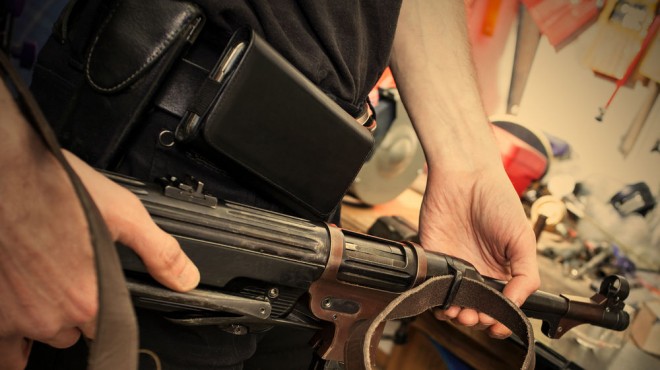 There was no talking our way into a revolution and we couldn’t very well ask our enemy, at the time, for arms to take up against them. So the need for a gunsmith, and many of them, was integral to the revolution.

Gunsmiths still play a vital role and are people whose services are very much in demand. Facts provided by the American Gunsmithing Institute reveal that there are 60 million gun owners in the U.S. Many of them are first-time gun owners who purchased their first firearm since 2012. The organization says on its website:

“If you’re a firearms enthusiast, you know that guns need constant attention: repairs, cleaning, customizing etc. There is a tremendous need for competent, knowledgeable gunsmiths. There are opportunities in your own business or working in gunsmith shops or firearms dealers.”

The Institute says that all these new guns require constant upkeep and maintenance to ensure they’re in proper working order. And right now, there may not be enough gunsmiths to keep up with demand. 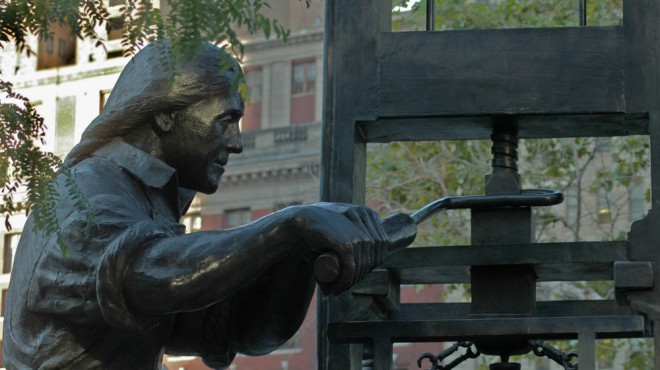 If you’re to believe the legends as fact, then you’ll know that newspapers were influential in our staving off the British forces in the late 1700s. And, of course, they’ve always played a role in keeping colonists and Americans informed on local news and events.

Today, a lot of people believe that print is dead. But Small Business Trends found a small-town newspaper business that’s showing the printed news is still alive and well and serves a definite purpose in the community.

Like a lot of industries in Colonial times, the popularity and demand for products of silversmiths was mostly based on need. Remember, we’re still just a startup company, relatively speaking.

All these new homes and new families created a need for things like eating utensils and service ware. In steps a silversmith and suddenly colonists are importing one less thing from Europe.

The desire for hand-crafted items is driving silversmiths today. And handmade jewelry is one trend that’s paying off for some. The New York Times reported on several young, independent jewelry designers who are competing right alongside industry standards and true iconic American brands. 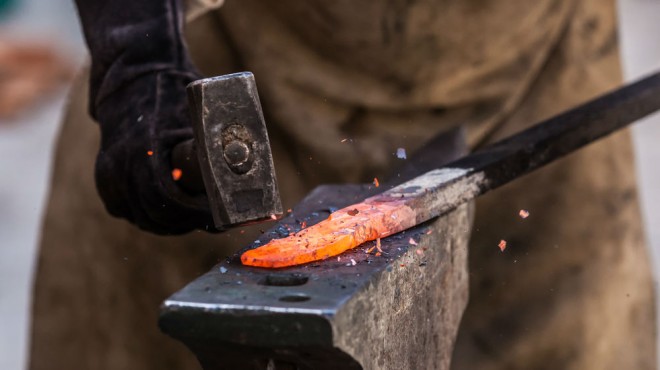 Today, blacksmiths are generally hobbyists. They have a skill and there are a growing number of people who will pay more for an item hammered by a blacksmith over some machine. Like most other hand-crafted items, those forged by blacksmiths today are becoming more desirable.

You can’t go to a tea party wearing that! Pride in appearance was definitely part of the revolutionary spirit. And milliners dotted the early American landscape. Nearly every milliner’s shop in colonial America was owned and operated by a woman, too.

Early American milliners produced many of the clothes and accessories worn by the 18th Century colonist. The business owner would buy garments from street merchants and then fashion them into something ready to wear. The Colonial Williamsburg Foundation even notes that shop owners also imported a lot of wares from England to sell alongside their creations.

Today’s independent fashion designer is alive and well. The litany of e-commerce sites to sell handmade goods – especially fashion – along with our society’s fascination with the fashion industry have created immeasurable opportunities for the independent designer or small clothing label.

No, not that Chandler. More like chandlers, or candle makers.

Commercial candle making only became popular in the late-1700s. Prior to this, it was a household chore. It coincided with colonists realizing that a substance from whales produced better candles. According to PioneerThinking.com, men with molds to pour the whale-based candles would travel from town to town, really establishing candle making as a viable business. The traveling drummers eventually settled down and opened the first candle shops in America.

Today, candles are still popular despite not being essential as they once were. The National Candle Association says American consumers spend $2 billion a year on candles. And with the rise in e-commerce sites, more handmade candle makers are bringing their creations to a much larger audience. In fact, there are currently more than 170,000 items for sale in the handmade candles category on Etsy.com right now.

Master of the house, quick to catch your eye … Wait, that was France. But inn keepers in the colonies were certainly aplenty, too.

Any sort of traveler during this era was more likely to stay in a small boarding house or inn that catered to not only a room and comfortable place to rest, but meals, too. 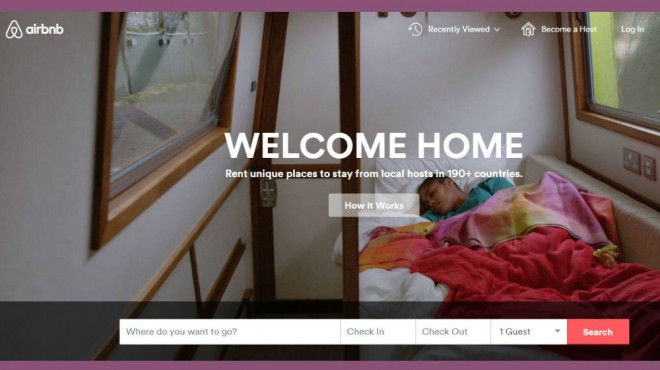 Travel is another industry that is seeing some interesting turnabouts from Colonial times. Room shares are on the rise. Travelers can save big bucks if they’re willing to sleep in someone else’s quarters. This has turned a lot of homeowners and property owners into part-time boarders, too. A rise in the popularity of sites like AirBnB are certainly evidence of that.

So in the days of early America, the brewer and distiller were popular folks. They created the libations that wet the whistles of colonists. And these weren’t the big brands that eventually became known as American icons.

Today’s alcohol industry is another that’s trending back to the real olden times. As Americans’ tastes and palates have expanded, so too has their taste for a different brew.

The craft beer industry is booming. According to recent data from The Brewers Association, craft beer sales in 2014 accounted for 11 percent of all beer sales by volume. That totaled $19.6 billion in the U.S., alone, in 2014. And that was a 22 percent rise over the previous year. 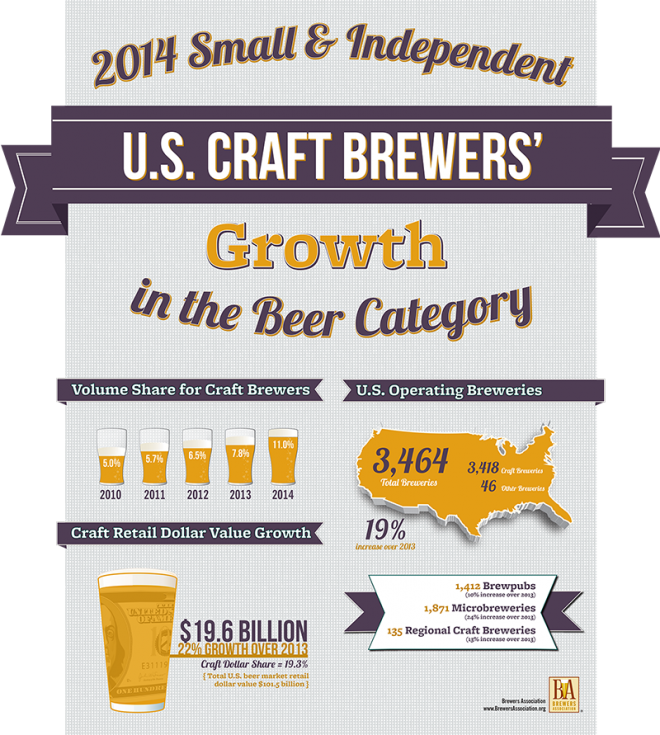 And it’s not just limited to craft beer, either. Apparently there has been a noticeable rise in the amount of craft bourbon being produced, too. (See Cooper for more on this trend.)

Back then, the alcohol didn’t flow from the faucets. It had to be stored somewhere, namely a cask or barrel.

In fact, back then everything was kept in casks or barrels. And for a good barrel, you’d need to visit the local cooper. Coopers were tapped – often – for their services. The growing band of colonists required the use of more and more casks.

Casks were used for transporting various goods. They were, in essence, the precursor to today’s shipping container. 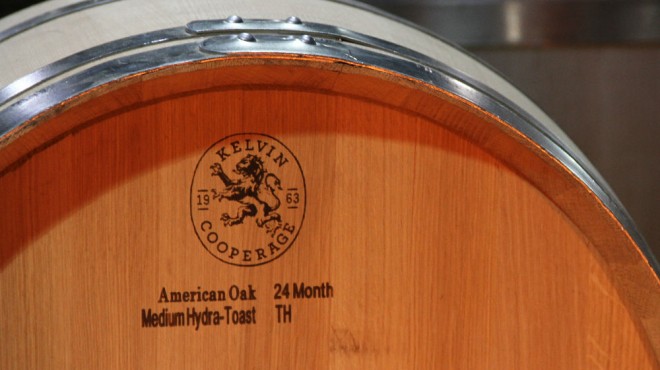 Today, the country’s thirst for a truly American libation is unquenchable. Bourbon sales since 2010 are booming. That’s in large part due to a rise in the number of craft distillers. These distillers, like the colonists nearly 250 years ago, need barrels.

The rise in popularity of bourbon, and the craft spin-off industry, has led to a renewed demand for a well-crafted barrel at the hands of a cooper. And small cooper shops are meeting that demand. NPR’s Noah Adams reported:

“At the Kelvin Cooperage in Louisville they are working overtime, but there’s so much demand that the company estimates they could sell all the barrels they could make next year, 10 times over.”

You think traveling I-95 or I-81 is a pain now, imagine how rough it was in the days before highways … or paved roads. The colonial tavern was a welcome sight for any traveler. And there were taverns from the north to the south. Remember, it took days to go a few miles.

Today, the pub culture is experiencing a resurgence. The craft brewing industry’s good fortunes have spawned a need for places for beer aficionados to meet.