Clever Ways to Engage Employees and Shake Up Company Culture 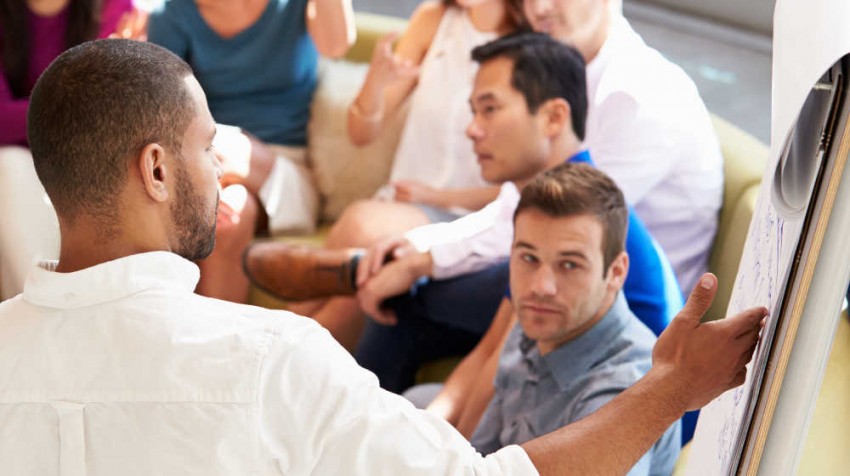 Few things can be as dangerous to a company’s long-term survival as stagnation. As with any group of people, companies develop cultures, ways of thinking and acting that, for better or worse, can become ingrained “cultural traditions.”

According to a Forbes report:

“New Deloitte research shows that culture, engagement, and employee retention are now the top talent challenges facing business leaders. More than half of business leaders rate this issue ‘urgent’ – up from only around 20 percent last year.”

So what are some ways to engage employees better and shake up a stagnant company culture?

One of the biggest mistakes owners and managers can make, especially in a startup environment, is being nostalgic about the past and trying to hold on to the startup culture that existed in your company’s early days.

Walter Chen, the co-founder and CEO at iDoneThis, writes:

“What’s actually worse is if your company fails to evolve. Startup culture can be incredibly dangerous to your company as it matures. As your company grows, it operates at a larger scale in everything it does. If the proper protective measures aren’t put in place in the early stages, a company has the potential to do tremendous harm to itself and others.”

One of the ways to engage employees and help ease the transition from startup to mature company is to take the time to properly explain the reasons and need for change to your employees. Individuals are often drawn to startups for a reason: they like the hectic, free-for-all approach that many startups personify.

If they’re going to make the transition to an established company, they need to know what’s in it for them and how they personally will benefit.

According to TINYpulse, the primary thing that motivates people to work hard and go the extra mile is camaraderie and peer motivation. The company says:

“We traditionally assume that money is what drives employees to work hard. Our research found that money doesn’t even crack the top five reasons employees go the extra mile! The real motivator is their peers.”

Knowing that, there’s much you can do to reinforce that behavior. Be quick to recognize excellence in your employees and team members. Don’t be afraid to publicly acknowledge an individual’s fine efforts, and pair up employees that are complimentary to each other for complex projects.

Another important step is to open a dialogue with your employees. In their executive summary, TINYpulse goes on to say:

“It’s time for companies to take the first step and start asking. Ask your employees about how happy, frustrated, or burnt out they are. Don’t be afraid to probe and discover what about your workplace irks your employees, what gets them energized, and what they need to be successful.”

Be Willing to Try Something Radical

Once you’ve opened the lines of communication with your employees, don’t be afraid to make sweeping, even drastic changes to your existing culture. For example, did you know that many companies are finding that remote workers actually improve a company’s culture and morale?

The TechRepublic’s Nick Hardiman highlights some of the benefits of allowing employees to work remotely as one of the ways to engage employees. He quotes Daryl Wilkinson, of National Building Society, as he describes the impact it has had on his organization’s employees:

“There’s less stress in the office and the workplace — people feel empowered to work in a way that suits them and suits the business.”

This sentiment is supported by industry studies. According to a report (PDF) by the UK’s Office for National Statistics:

“Commuters have lower life satisfaction, a lower sense that their daily activities are worthwhile, lower levels of happiness and higher anxiety on average than non-commuters.”

While opening the door to remote workers may seem like a drastic step, it may go a long way toward happier, more engaged employees.

Without a doubt, company culture is a prime factor in the success or failure of your business.

Being willing to change, willing to listen to employees, willing to focus on non-monetary rewards and being brave enough to try something daring can go a long way towards improving your employee engagement and shaking up a stagnant culture.

Curt Finch is the CEO of Journyx. Founded in 1996, Journyx automates payroll, billing and cost accounting while easing management of employee time and expenses, and provides confidence that all resources are utilized correctly and completely.