3 Top Causes of Low Productivity at Your Workplace 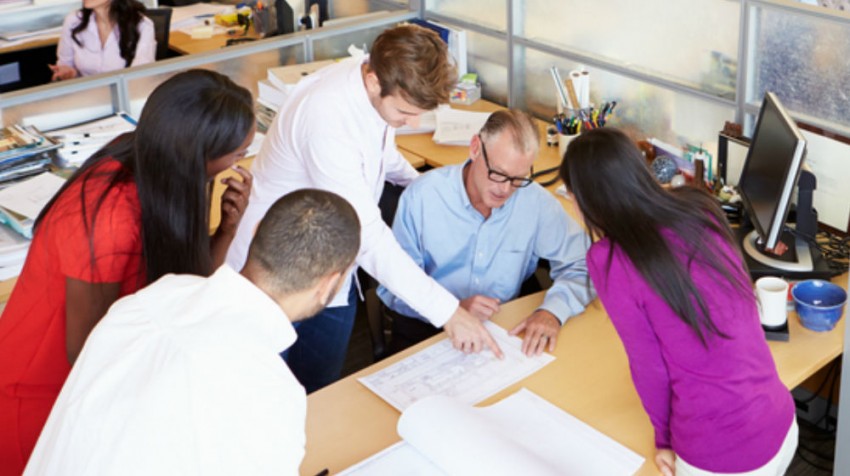 You must have seen those videos of assembly lines at factories. A continuous flow of perfectly crafted, identical looking items flowing across the shop floor almost as if by magic. If only you and I could produce output at that level of efficiency, speed and accuracy, day after day after day.

Unfortunately, being human is something that doesn’t equip us for assembly line-like precision and productivity. However, there are a bunch of things that we do at our workplaces that are productivity drains. Here’s a look at some of the usual suspects.

A recurring theme in many teams is the disorganized manner in which individual members approach a problem. When there’s no clear direction about what has to be done with respect to a task at hand, each member decides to tackle it in their own unique way.

This could mean more than one person doing the same work, unknowingly, which is one of the big productivity drains. Sometimes unnecessary tasks are done. At other times, too much time is allocated to insignificant tasks. Each of these scenarios are productivity drains and represent a huge drain on an organization’s resources. But they are entirely avoidable with some advance planning.

Just as every movie has a script so you know exactly which scene follows which one, create a script for your team. If your work is project based, chart out a detailed plan of action with clear responsibilities assigned and timelines set to keep everyone involved on track.

If you don’t usually handle projects, and instead deal with processes that are routine; clarify how you and your team will be approaching each process and ensure there are no unforeseen bottlenecks. Use tools like 10,000 Feet or Resource Guru to better plan your resources.

Even in this age of social media and a million apps to boot, email manages to rule our days at work. Even as long back as a year ago, we collectively sent out 182.9 billion emails to one another every single day. With about 2.92 billion Internet users in the world in 2014, that makes it over 62 emails per head, every single day. That’s another one of the big productivity drains at work and enough email to keep you busy all day.

Don’t let email rule your work day. Plan your day in your first 10 minutes at work with a clear to-do list. Get going on your list and when you take a break from your work, check that overflowing email inbox. The reason for prioritizing your to-do list over email is simple. What you’ve put on that list are things that are a priority for you. Email is what others want you to do and fulfills their priorities, not yours.

Being a little selfish in this regard will work wonders for your daily productivity. If you need to quickly communicate with someone, simply walk over to their desk for a little face time. Don’t have time for that? Opt for your office’s instant messaging service instead. Slack and HipChat are two examples of extremely popular and super versatile IM services for your workplace.

Too many meetings and too little work done is another one of the productivity drains and also a frequent lament at workplaces around the world. The obsession to call a meeting of assorted team members for every little task pulls them away from real productive work that they could have been accomplishing and breaks the rhythm of work.

Even worse, many meetings include individuals who have little or nothing at all to do with the matter at hand. That’s a colossal waste of time for such members and offers zero value to the meeting.

Avoid productivity drain such as this by limiting the number of meetings you and your team call. Instead, invest in a collaboration tool such as Wrike, which will allow you to create plans, discuss ideas, assign work, and track individual contribution, all from the convenience of a “command center” that integrates with Word, Excel, Gmail, Dropbox, and pretty much every other regular application you might be using. No more wasteful meetings for every little update from each team member.

All work and no play does make Jack a dull boy. However, our spirit of converting workplaces into laid back places often results in offices that have more people standing outside taking a ‘smoke break’ than people at their desks working.

Then there are endless coffee runs and personal work that creeps into work hours and steals productive time out of our schedules without our even realizing it.

Encourage your team to take breaks from their work to recharge themselves every now and then, but take a clear stand against too frequent breaks that serve little or no purpose besides wasting time.

A lot of people in your workplace smoke? Create a zoned off smoking area not too far from your work area so that your coworkers don’t have to take the elevator up and down for each smoke break. Better yet, encourage your team to kick the butt and instead unwind in the games room or cafeteria.

Productivity drains and low productivity are not just problems that bother your team. Over 70 percent of American workers are ‘actively disengaged’ according to a Gallup study in 2013.

Imagine the state of our economy if these workers could be brought back into an actively productive mode! You may not be able to transform the entire economy just yet, but with a few simple changes, you definitely can turn around the productivity of your own workplace.

Pratik Dholakiya is the founder of Growfusely, a content marketing agency specializing in content and data-driven SEO. As a passionate SEO and content marketer, he shares his thoughts and knowledge in publications like Search Engine Land, Search Engine Journal, Entrepreneur Magazine, Fast Company, The Next Web, YourStory, and Inc42, to name a few.
5 Reactions
Subscribe
Follow @smallbiztrends
RSS LinkedIn Pinterest iTunes