This Company is Creating Operas with a Fresh Perspective 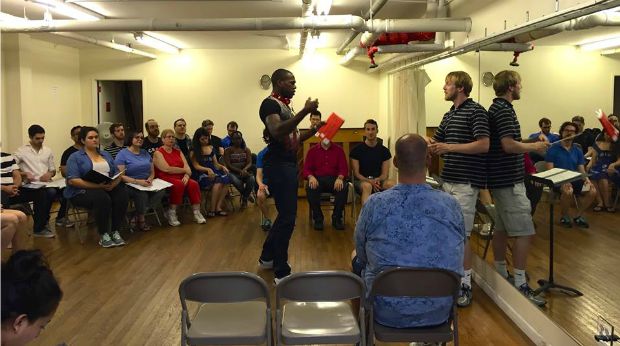 The past several years have brought major changes to nearly every industry. Companies have had to adapt to new ways of communicating, marketing and actually selling their products or services.

One of the last industries to accept any kind of change is one of the most traditional – the opera.

While operas tend to value tradition far more than trends, some still feel that the artform could use a bit of a refresh. But rather than actually changing or creating new ways of doing things, one startup thinks it can move opera forward by taking it back to its roots.

Apotheosis Opera is working to create operas that put the focus back onto storytelling. Founders Matthew Jaroszewicz and Sam Bartlett aim to revitalize the industry and draw in a whole new generation of fans by making a couple of significant changes.

First, the company’s productions use attention-grabbing visuals and action-packed stories. And second, the productions are performed in English.

Those changes, particularly the first, might seem obvious to those who haven’t been to the opera in recent years. But current productions tend to focus more on tradition and subtle factors that only longtime opera fans are likely to notice and appreciate. Jaroszewicz told Inc:

“Most operas today don’t tell you the story straight up. They make it more abstract to give you another element of the theme, which is great–if you’ve seen it ten times.”

So Apotheosis is basically changing the whole landscape of the opera while still focusing on what actually drew people into it in the first place – the stories.

The hardcore opera fans who want to see older, translated productions with subtle stories and visuals aren’t likely to appreciate what this company has to offer. But those consumers also have plenty of other productions to choose from.

Instead, Apotheosis is focusing on a new type of opera fan – one who might not have given the art form much of a try before now. If successful, there could soon be a whole new generation learning to appreciate the opera. And all it took was a fresh perspective on a classic medium.