Small Retailers Make Up Their Own Minds on Confederate Flag Debate 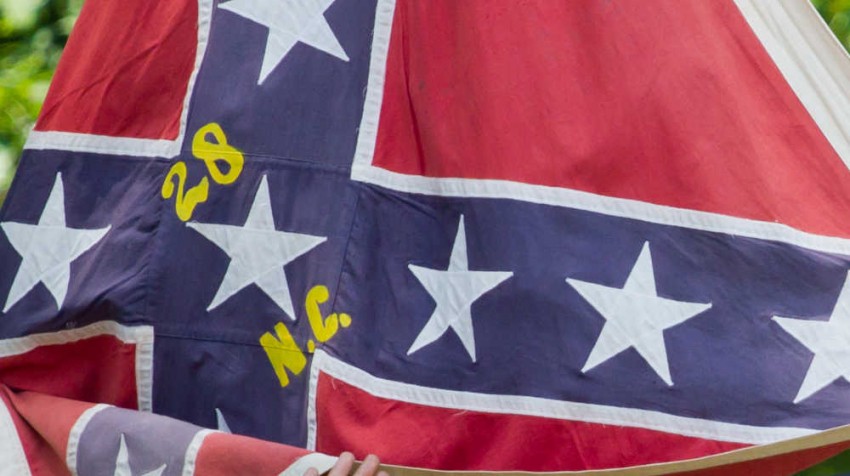 Larger retailers like WalMart and Amazon have already made up their minds. They’ve decided to stop stocking the Confederate flag and related merchandise. The decision follows the tragic shooting of nine people, all black, in a predominantly African American church in Charleston, South Carolina last month.

Other retailers refusing to sell the Confederate flag, called an emblem of racism by critics, are Sears, Target and eBay.

Though they too condemn the senseless violence, not all small retailers are certain banning the flag is the right decision. Instead, these businesses must do their own soul searching to decide the right thing for them to do.

“I’ve seen the waning and waxing of the Confederate flag, and all it takes is for some idiot to wave a Confederate flag and do something stupid like this kid, and it’s a hot button issue all over again.”

While the apparently racially motivated shooting in Charleston is a national tragedy, the removing of the Confederate flag is a political issue.

That’s something small businesses usually try to steer clear of. But in this case, that may not be possible. Retailers who decide to stock or pull the flag may be questioned by customers about the issue either way.

“We’re going to sell it. I think people are truly afraid you might not be able to buy it at this time next week.”

Kennedy also says that sales have spiked for Confederate flags after they became controversial following the attack on the Charleston church.

She recently found out the manufacturer supplying her Confederate flags may discontinue production due to the Confederate flag debate. But Kennedy says she has the ability to start making the flags herself in-house and will do so if necessary.

Another small business owner in San Antonio, Texas, believes one person’s misuse of the Confederate flag shouldn’t spoil everyone else’s freedom to fly it. The Dixie Flag Company even has a special section of its store dedicated to the Confederate flag.

And sales of the flag have remained brisk, the company tells KENS-TV.

The company says it has no intention of removing Confederate flags which are displayed in a special historical section of the store.

“Where do you start saying, ‘We’re not going to sell symbols because somebody will misuse that symbol’?”

The support of the flag among retailers isn’t limited to the South, either.

One business owner in Portland, Oregon, admits he once almost pulled sales of the Confederate flag when he first bought his shop years ago but sales were and remain brisk enough to justify them still being available.

Dane Anchel, owner of Elmer’s Flag and Banner tells The Oregonian that he sells the flag in question mostly to historians, movie companies and research students. He says he considers the flag “an historical archive of sorts.”

But Anchel also says that he will keep any Confederate flags behind his sales counter. And he has agreed to donate any sales of these flags to the NAACP or the Southern Poverty Law Center.

Online retailer ProudRebel.com certainly isn’t using the church massacre to bolster its business. But the site also bristles at the idea of removing the flag because of recent events. The site sells flags and just about everything else featuring the iconic symbol: clothing, tattoos, and even bed sheets.

Site operators claim there were Jewish, Catholic, Indian, and Black Confederates and their desire is to sell to these groups, despite the current controversy.