Drama at HubSpot as CMO Fired After Book Investigation 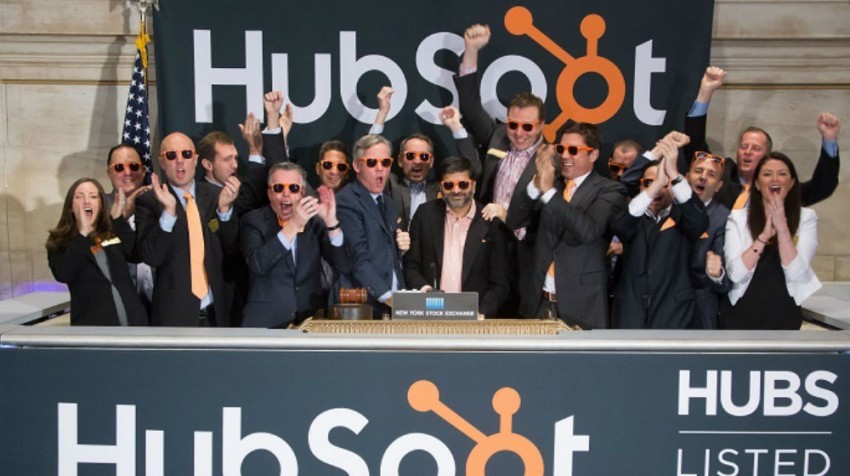 HubSpot has fired Mike Volpe, its long-time Chief Marketing Officer, for “ethical violations” involving a book about the company. One other executive, Joe Chernov, Vice President of Content, resigned.

And the company has sanctioned a third executive, Brian Halligan, Hubspot’s Chairman and CEO, for not reporting the employees’ actions to the Board of Directors in a timely manner.

Halligan is also one of the founders of the company — but now that it is publicly traded has to answer to the Board of Directors.

The inbound marketing software company’s press release says that Volpe was terminated for ethical violations “in connection with attempts to procure a draft manuscript of a book involving the Company.”

It’s an unusual situation. Companies that provide software to small and midsize businesses rarely have this much public drama.

Twitter chatter on the account of Scott Kirsner, a Boston Globe columnist, speculates the book in question is being written by Dan Lyons. It is titled  “Disrupted,” and Lyons described it as a “memoir of my ridiculous attempt to reinvent myself and start a new career as a marketing person inside a software company during the second tech bubble.”

RE HubSpot situation… speculation is that the book involved is one being written by former employee Dan Lyons: http://t.co/MTLQUSV4Ao

Lyons is known for a popular blog called “The Secret Diary of Steve Jobs” he wrote under the pseudonym Fake Steve Jobs. He previously worked at HubSpot.

The company has not confirmed that it is Lyons’ book involved.  It’s also not clear what was to be in the book, or exactly what the attempts to procure the book involved — whether alleged computer hacking, false statements, bribery, or something else.

According to the release, “The Company has notified the appropriate legal authorities about these matters.”

Volpe was one of the company’s first employees, starting in 2007. He is well liked in the industry and regarded as the energy and brains behind the marketing machine that made HubSpot synonymous with the phrase “inbound marketing.”

HubSpot’s Board conducted an internal investigation, and says it continues to have confidence in Halligan, its Chairman and CEO.  Lorrie Norrington, Lead Independent Director, says, “While we wish Brian had reported promptly, we are confident as a Board in his ability to lead HubSpot …. ”

The Cambridge, Massachusetts, company says this matter did not affect its operating performance or financial condition.

Hubspot was founded in 2006. It celebrated an initial public offering (IPO) in October 2014.  Since then, the stock price has risen about 56 percent, currently trading at its highest price to date.

HubSpot has more than 15,000 paying customers for its inbound marketing software platform. Many of them are small to midsize businesses.

Its free CRM platform, along with its sales acceleration platform Sidekick, is now being used by 60,000 companies, according to statistics released in June.

Kipp Bodnar is being promoted to become the new CMO, replacing Volpe. Bodnar has been the company’s Vice President of Marketing for the past two years, and with the company since 2010.