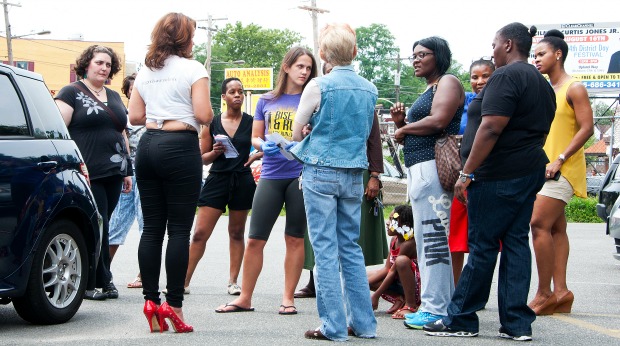 Women as a whole aren’t typically known for their knowledge of cars. But the same cannot be said about Patrice Banks.

The materials engineer studied to be an auto tech and even worked for free at auto repair shops to learn about auto repairs and maintenance. Now, she has her own auto repair business, Girls Auto Clinic. And she also hosts free monthly classes aimed at teaching women those same automobile basics.

Though the Girls Auto Clinic classes are open to anyone who wants to learn, Banks gears the classes toward women because she knows how it feels to be intimidated by auto repairs because of her gender. She told CBS News:

“I feared the auto mechanic. I waited until the last minute to do repairs. I even put a Facebook status up six years ago that said, ‘My car really needs an oil change, but I’m going to get a mani-pedi instead.’ And I did.”

Banks is certainly not the only woman who has felt intimidated by auto repairs and maintenance. In fact, women make up less than two percent of automotive service technicians and mechanics in the U.S.

That male-dominated culture can often lead female customers to feel pressured or even misled when dealing with automotive businesses. Even Banks said she has probably purchased extra services or parts she might not have needed because she didn’t really understand her automobile. She told CBS:

“That just gave me the idea that … I’m going to teach women and I started building this vision for this company that was going to education and empower women through their cars.”

That’s what makes services like Girls Auto Clinic so necessary. Women make up a huge segment of car owners. But they can often feel underserved in that market.

Though the classes and services aren’t exclusive to women, they are clearly aimed at that market. The fact that the company is run by women is likely to make other female consumers feel more comfortable in that environment. And the business even includes other features aimed at female consumers, like a more feminine decor and manicure/pedicure options in the waiting area.

Though Banks runs the clinic just to help women better understand their cars, it’s a great business idea. There’s a clear problem that she’s solving. And there’s a very obvious market that has a need for her services.