Do-over! Gmail Undo Send Feature will Save You From Embarrassment 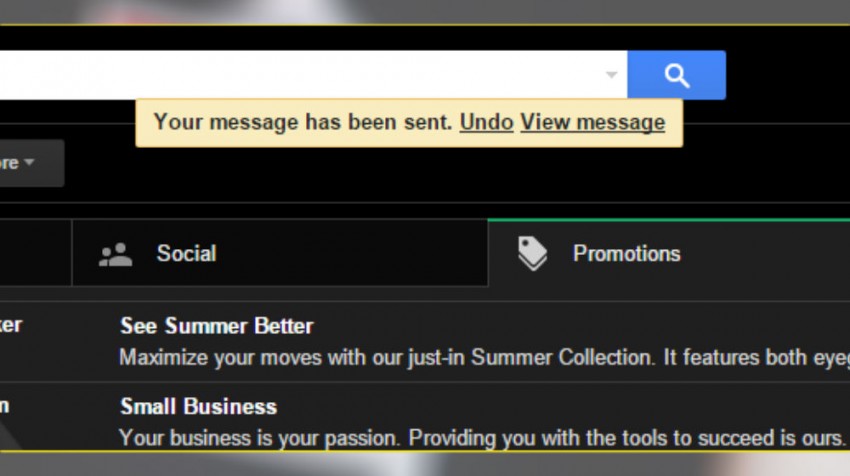 “I can’t believe he’s making us work all weekend. Just because he’s a robot doesn’t mean we have to be, too.”

You say that in an email to your best friend at work. But as soon as you hit send, you realize two things:

If you have Gmail, you can now do what used to be unthinkable – call back that unfortunate email.

Google has offered an “unsend” option as part of Gmail Labs since 2009. This week, it announced it was making Gmail Undo Send an official feature for Gmail, provided you’re using Gmail through a Web browser.

“‘Undo Send’ allows people using Gmail to cancel a sent mail if they have second thoughts immediately after sending. The feature is turned off by default for those not currently using the Labs version, and can be enabled from the “General” tab in Gmail settings,” the company said on the Google Apps feed.

When you use the Gmail Undo Send option, you’re not yanking a message out of someone’s inbox before you read it. Rather, Gmail is giving you a few moments– you can pick anywhere from five , 10, 20 or 30 seconds — to rethink the email. You can use that time to change what you wrote or delete the message altogether.

Tech websites had fun with the news with many of them describing scenarios where the feature would come in handy: You’ve accidentally sent bikini pictures from vacation to someone at work, or you’ve emailed a recipe meant for your aunt to your boss.

As Wired’s Megan Logan points out, the feature won’t rescue you the morning after you’ve sent off a regrettable email. She writes:

“But if you’re giving your words a final once-over after sending and find a typo, you just might have time to rescue it from the clutches of the Internet before your incorrect use of ‘there’ is immortalized in someone else’s inbox.”

Gizmodo points out that the new features comes one year after Goldman Sachs took Google to court to get the company to unsend a mistaken email full of sensitive material. (Google later reported that the email — which it did unsend — had never actually been opened.)

Tom Coombe is a staff writer for Small Business Trends and has been a professional writer for over 15 years, spending most of that time covering news in the Lehigh Valley. He's worked as a reporter for the Allentown Morning Call and an editor for AOL's Patch.com news service. Tom has also freelanced for WFMZ, the Produce Marketing Association and a number of other publications.
6 Reactions
Subscribe
Follow @smallbiztrends
RSS LinkedIn Pinterest iTunes