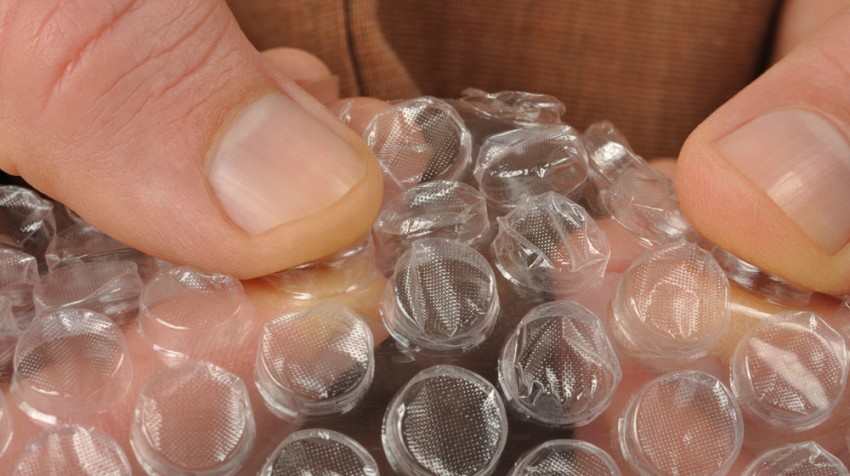 Reports of the death of Bubble Wrap have been greatly exaggerated.

As reported in the Wall Street Journal, Sealed Air Inc., which has been making Bubble Wrap for the last 55 years, announced it will replace the product with a new bubble wrap called iBubble Wrap.

Its inflated bubbles look a lot like traditional Bubble Wrap, only with one key difference: these bubbles won’t pop when you press them.

The many, many fans of Bubble Wrap took this to mean the beloved, popable packing material was going away. But the company says that’s not the case.

While the news was devastating for Bubble Wrap’s legion of fans, the product’s makers say the new bubble wrap is a potential solution as shipping becomes more costly.

One truckload of iBubble Wrap contains the same amount of packaging material as 47 trucks filled with the older model.

After new Sealed Air president Jerome Peribere took control in 2012, he shuttered Bubble Wrap factories in Mexico and South Africa. The following year, the company altered its logo from a series of dots that represented Bubble Wrap to a triangle.

Ken Chrisman, president of product care for Sealed Air, told the Wall Street Journal the company considered eliminating Bubble Wrap altogether if sales didn’t pick up. That led to the creation of iBubble, which “eliminates the freight burden.”

Bubble Wrap’s bulky size makes it costly to ship, meaning Sealed Air rarely sells it to customers who are more than 150 miles from its factories.

Shipping has grown more expensive for manufacturers and retailers as carriers like Fed Ex and UPS have begun to charge by size as well as weight.

Protective packaging is a big business — $20 billion in 2013 — and one that’s expected to grow as manufacturing and shipping becomes more global.

That means finding new ways to make sure products arrive at their destinations free from damage.

For years, Bubble Wrap was a leader in that field, but its sales have dropped as the market has grown more populated. According to the Wall Street Journal, Bubble Wrap made up for 3.6 percent of Sealed Air’s sales in 2012, down from 5.7 percent in 2010.

And while protective packaging may be a $20 billion business, bubble packaging only represents a tenth of that income.

iBubble Wrap will cost less than the original model, but users will be required to purchase a pump from Sealed Air, at the cost of $5,500. The company is hoping to lower the price in the future, and is also looking at ways to deliver iBubble Wrap on trucks that have inflation devices.

But because of the new bubble wrap design, the bubbles won’t pop when you apply pressure.

Founded in 1957 by Alfred W. Fielding and Marc Chavannes, Sealed Air first put Bubble Wrap — its signature brand — on the market in 1960. The two men had initially been trying to invent a new kind of wallpaper, and realized they had instead come up with a new way to pack and ship fragile items.

Today Sealed Air employs more than 25,000 people in 175 countries. Its other brands include the food packaging company Cryovac and Diversey Care, which provides cleaning and hygiene solutions.

A similar sentiment from Bustle: “New Bubble Wrap Won’t Pop. Apocalypse May Be Nigh.”

But Sealed Air said on Twitter that fans can relax: