Intelliverse Will Track Your Gmail — Everywhere 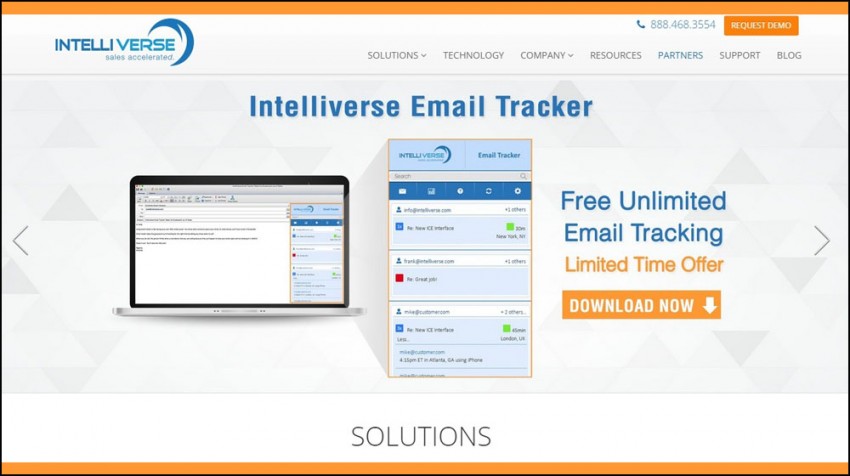 The software company Intelliverse said Wednesday it was adding a Google Chrome plugin for its email tracker app.

Free for a limited time, the tracker gives Gmail users the ability to see the status of their sent emails. It tells them when the email is opened, what type of device the recipient used, and the geographic location of where the email is opened. The plugin follows a similar tracker for Microsoft Outlook released by Intelliverse in April.

Sean Gordon, CEO of Intelliverse says in a news release:

“Gmail is a powerful email system for businesses, especially for young companies who will become tomorrow’s biggest players. We developed the Chrome plugin because of this shift and feedback from our customers – salespeople need to use both email and voice calling as a unified communications channel. The Chrome plugin helps achieve that while working within an email engine that’s becoming increasingly popular for businesses.”

Based in Alpharetta, Georgia, Intelliverse makes sales accelerated solutions software. It says its email tracker allows salespeople to gain insight into what happens after they send a message and plan how and when to follow up with their contacts.

Gmail is the preferred email system of companies both large and small. As Intelliverse notes in its release, corporations such as Uber, Dropbox and Twitter rely on Google for their in-house email. In addition, a study by Quartz found that  60 percent of mid-sized companies and 92 percent of Y Combinator startups use Google-hosted e-mail.

Intelliverse’s announcement comes a few days after the news that Gmail’s undo send feature — long a more-or-less hidden feature that lived in Google Labs — had become a regular option for all Gmail users. This feature allows Gmail account members to  to cancel a sent mail if they have second thoughts immediately after sending.

The email tracker is part of the company’s larger Sales Acceleration Solutions Suite, which builds on Intelliverse’s existing software and includes lead generation and marketing automation managed services, and is designed to increase salespeoples’ speed and effectiveness during the sales cycle.