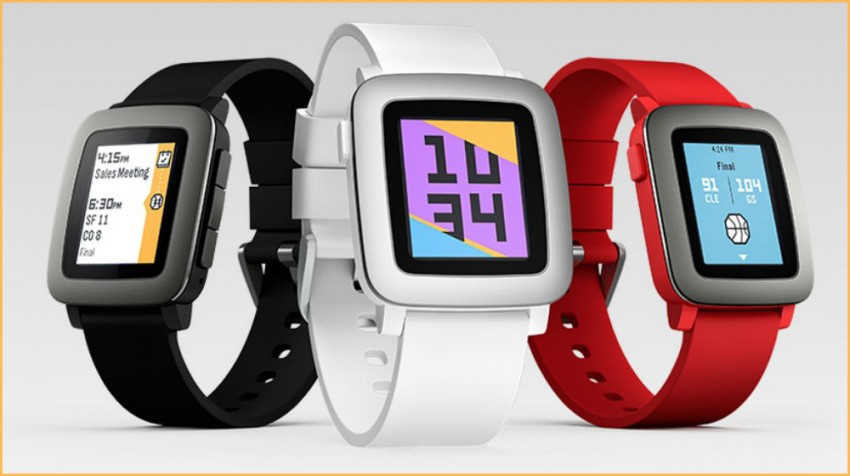 Pebble, the company that launched the smartwatch revolution, announced a new version of the iconic device last year.

Here’s a look at the new smartwatch from PocketNow:

“With an always-on color E-Paper display, up to 7 day battery life, durable glass lens, and thin, curved ergonomic design, you’ll love wearing Pebble Time anywhere and everywhere. From the gym to the dinner table, from morning sun to the wee hours, Time keeps you connected while living in the moment.”

One key feature of the new Pebble Time smartwatch is a new timeline interface that turns notifications and news into “pins,” allowing users to keep track of past, present and future updates.

The Pebble Time smartwatch works with any iPhone 4S and above, and any Android device running version 4.0 Ice Cream Sandwich and above.

The campaign to fund this version of the new Pebble Time smartwatch has brought in more than $20 million, putting it at the top of Kickstarter’s list of most-funded projects.

It was actually Pebble’s second attempt at watch crowdfunding. In 2012 the company ran a campaign to launch its first watch, taking in $10 million. As of this week, it was Kickstarter’s third-most-funded campaign.

The Pebble Time smartwatch retails for $199 and is available from Pebble’s website, and from Best Buy, which will be the exclusive retailer for the watch.

Tom Coombe is a staff writer for Small Business Trends and has been a professional writer for over 15 years, spending most of that time covering news in the Lehigh Valley. He's worked as a reporter for the Allentown Morning Call and an editor for AOL's Patch.com news service. Tom has also freelanced for WFMZ, the Produce Marketing Association and a number of other publications.
2 Reactions
Leave a Reply Cancel reply
Subscribe
Follow @smallbiztrends
RSS LinkedIn Pinterest iTunes