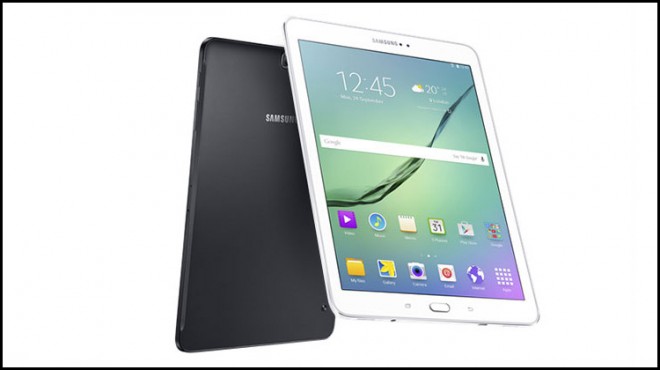 Samsung announced on Monday the global launch of its new Galaxy Tab S2. Claiming to have the “thinnest and lightest metal tablet frame of its size on the market”, the Galaxy Tab S2 promises easy portability and superior viewing.

The Galaxy Tab S2 will come in two versions. The 9.7-inch option or the smaller 8-inch will both measure just 5.6mm in thickness. The larger model weighs in around 0.85 pounds, the smaller around 0.58 pounds. That’s thinner and lighter than the iPad Air 2 for those who care to compare.

Samsung is pushing the tablet’s Super AMOLED display that they claim has been specifically designed for reading content “by recreating the same viewing experience of browsing through traditional print media.”

They have also included a Reading Mode that is supposed to make reading on the Galaxy Tab S2 easier by adjusting the screen’s brightness level.

The Galaxy Tab S2 is set to come with Microsoft Office Solutions pre-installed and two years of Cloud Drive for free. That could be a nice perk for some.

Both versions of the tablet will run Android 5.0 Lollipop, have Quad 1.9GHz and Quad 1.3GHz octacore processors, and 3GB of RAM. But there will be some other options you can pick from if you are in the market to buy one.

Customers will be able to pick between 32GB or 64GB of internal memory, though both versions include MicroSD up to 128GB. Samsung also claims the tablet will come in both a Wi-Fi or Wi-Fi plus LTE options from which you can choose.

There were no details given on pricing or a specific release date. Samsung only said the Galaxy Tab S2 will hit global markets starting sometime in August this year.