The Science of the Perfect LinkedIn Photo 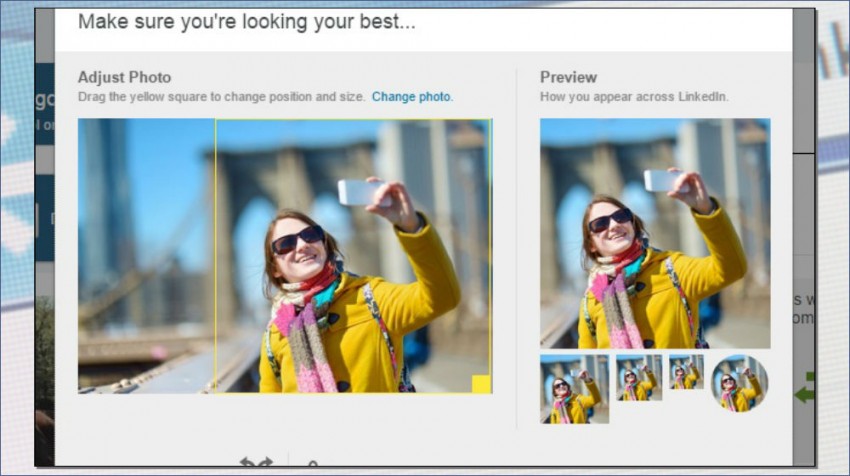 Among the people I follow on Twitter are those who have avatars showing a dog in a space helmet, a robot dinosaur, and a drawing of a bird.

But that’s Twitter. If you were to go to LinkedIn, it would be a different story. Your photo there has to be serious and business like, right?

As TIME put it recently:

“Choosing an exemplary photo just got more involved: new research suggests looking at least a ‘little’ happy in your picture will make you appear more trustworthy to prospective employers.”

A study at New York University found that people whose faces made “a positive, upward-curving expression” in their profile pictures seemed like more reliable job candidates.

The emphasis here is on “a little” happy. Big smiles or laughs weren’t seen as being as trustworthy. Neither were — and this should be no surprise — photos where people were frowning.

But there’s also the downside to the NYU study, Business Insider reports:

“Unfortunately, the study also found that you can’t do much to change how competent you appear. That depends largely on your facial structure, which (barring cosmetic surgery) you can’t really alter.”

The participants taking the test picked pictures of people with positive expressions to be their financial adviser. They chose people with wider faces to win the weightlifting contest. Research shows that kind of facial structure is linked in people’s brains with physical ability.

Of course, you need more than a slightly happy expression for a winning LinkedIn profile pic.