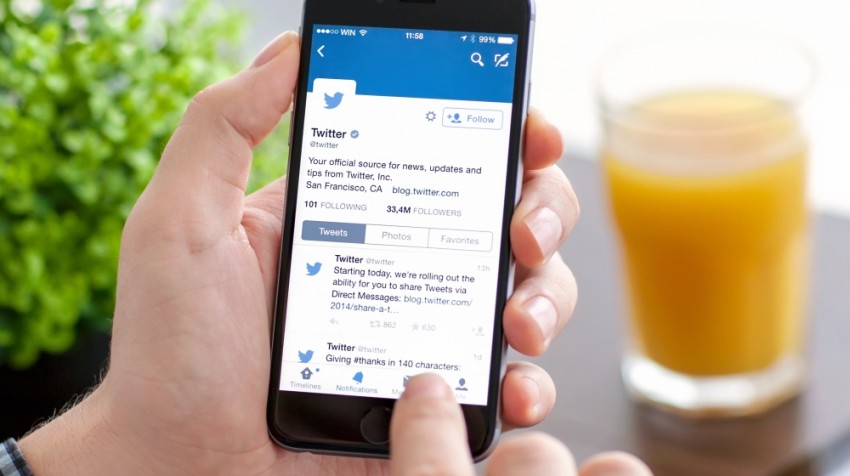 Hashtags have long been an important tool on Twitter for helping users organize and sort their tweets. They’re a great way to indicate that your content is relevant to a certain topic and to get your tweets in front of an interested audience.

Recently, Twitter released a new study claiming that using hashtags in your tweets can actually kill your click-through rate. Say it ain’t so!

Actually, I am saying it ain’t so. Not in my experience, anyway. I’ve found that if you use the right hashtags in your tweets, they are insanely powerful and can drive crazy engagement and traffic.

For example, my top tweet for the month so far is this one, which uses the #ConvRoadTrip hashtag. Despite earning just five retweets, this one tweet had over 28,000 impressions! 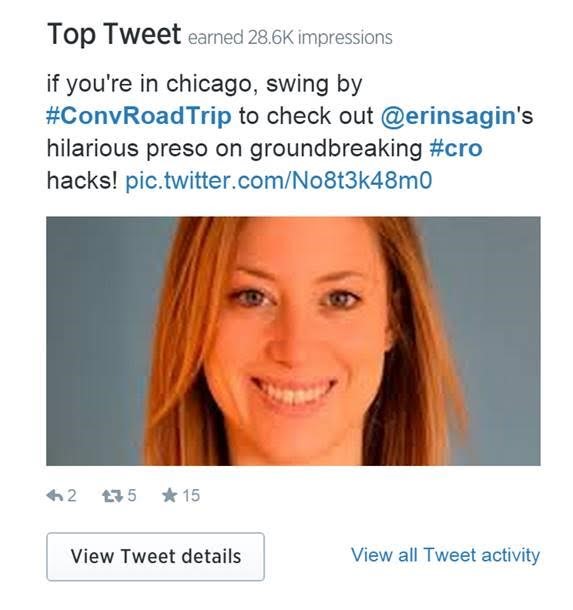 None of those retweets were from ridiculously influential people, yet it had five times more impressions than my tweets usually get. The secret? This hashtag was for Unbounce’s Conversion Road Trip event, which — as you can see below — reached over 152,000 Twitter users!

As a bonus, because the tweet included an image, it was “stuck” to the top of that hashtag’s search results page for a few hours, so it ended up getting a ton of impressions.

Now, you do have an advantage here if you have worked on building your Twitter following and are considered somewhat influential. Recently I made this fairly unremarkable tweet about a #Mobilegeddon blog post. 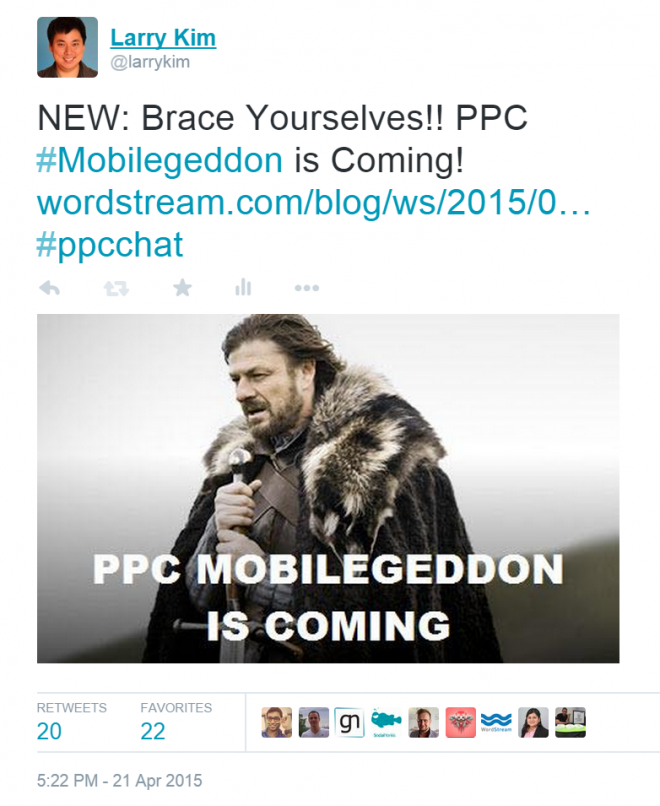 Now, if you get early action on your tweet and Twitter deems it popular as a result, it’ll stay at the top of the search results and appear in the Top Tweets for that hashtag until more popular content comes along. If there aren’t a lot of tweets getting interactions, the ones from more influential accounts rise to the top.

Being featured at the top of the search results for #mobilegeddon, a hashtag that reached over 106,000 user accounts and generated over 127,000 impressions, gave me awesome reach and this result:

If you can tap into a super-hot trending topic, you can really cause your tweets to take off. Even if there aren’t a lot of crazy popular hashtags in your industry or niche, remember that it’s beneficial to build the size of your following and your influence overall.

For example, I tweeted this out during the season finale of Game of Thrones: 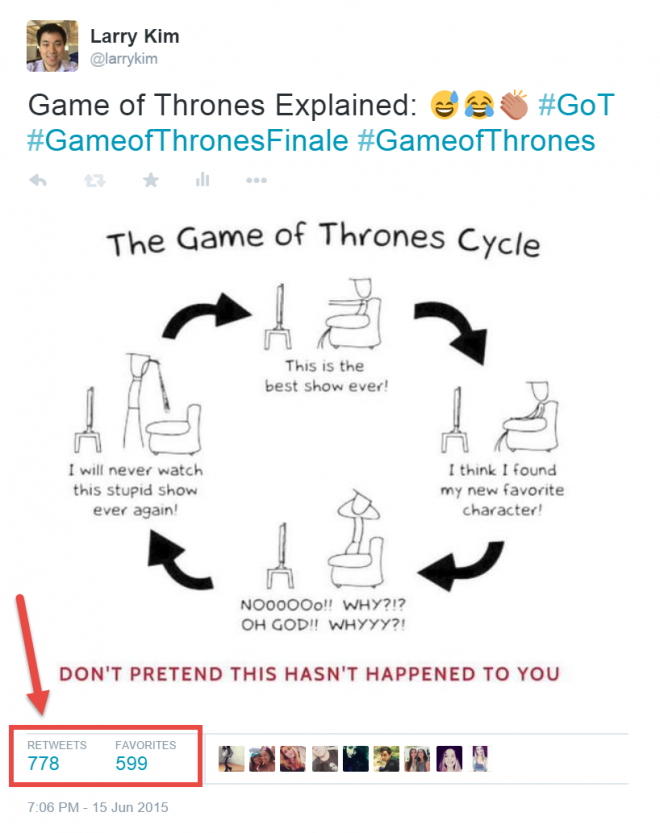 Holy moly — over 100,000 impressions and 778 retweets! No, I don’t expect that the people interested in Game of Thrones are going to buy something from me. That’s the whole point — if you’re trying to sell all the time and are only looking at your social network as a potential lead base, you’re not getting it. Focus instead on building an engaged, loyal following of people who find you interesting and will share your tweets with their networks.

Here’s another example: I made this tweet about #fifagate using that trending hashtag, which reached well over 350,000 Twitter users. 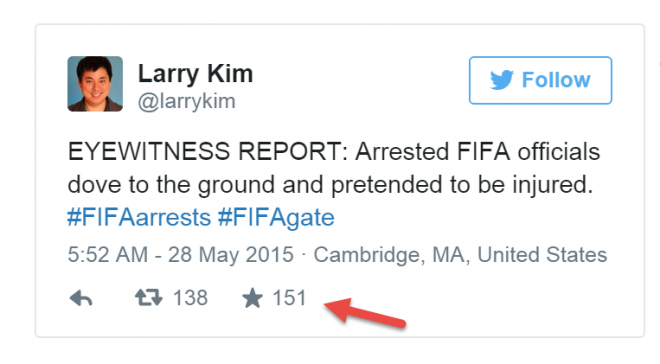 Somewhere along the line, my tweet reached the author of an article containing the best #fifagate tweets, and mine was included. (This cracked me up.) Of course, media mentions are great for your overall online profile, making trending hashtags a useful tool for PR, as well.

Naturally the real leverage is in Twitter hashtags that are relevant to your industry/business. If you’re not sure which hashtags to use or could use some inspiration, use a tool like Hashtagify.me to determine where you might see the greatest effect.

TL;DR: Most social media marketers already know that it’s important to leverage trending Twitter hashtags wherever possible. What you might not realize is the extent to how ridiculously powerful a trending hashtag can be in terms of boosting the visibility of a tweet, or how huge the benefits are for your overall social presence.