Baltimore Restaurant Opens its Doors to the Homeless 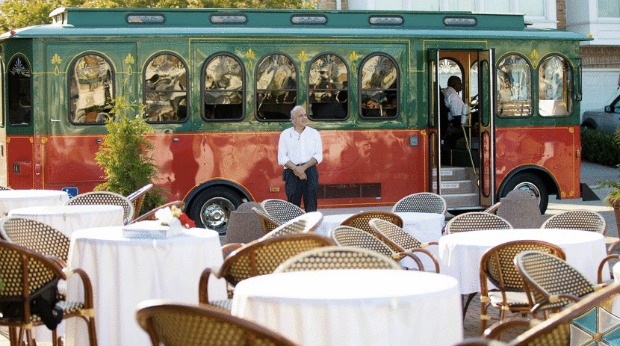 Later this July, restaurants in Baltimore will band together to celebrate the city’s Restaurant Week. Events like this can help local businesses draw in new customers and show off what they have to offer.

But one local restaurant in Baltimore, Tabrizi’s, is going in a different direction.

Instead of offering specials or promotions to potential paying customers, the restaurant is opening its doors to the city’s homeless population. Tabrizi’s has partnered with local homeless shelters to invite those in need to dine at the restaurant from July 20-25. During that time, the restaurant will be closed to the public.

“I decided that, after all of the chaos earlier this year, it would be better to do something for the city to unite the people. It isn’t about revenue and money right now, we’ve done restaurant week before and we know the numbers, but right now it’s more important to promote the welfare of the city and its residents rather than to promote the business.”

The owner in this case isn’t as concerned with profits as he is with the welfare of his city. But the welfare of your city can actually have a pretty big impact on your business in the long run.

Not all businesses can afford to forego events like Restaurant Week or provide food for their city’s homeless population. But doing so can have a lasting impact on a business’s surrounding area, which can actually impact a business over the long term.

And as a potential bonus, the customers who are likely to attend an event like Restaurant Week probably also care about the welfare of their city. So when they hear about local businesses that are trying to help, they might go out of their way to support those businesses in the future.