Imagining Some Top Brands as Brews 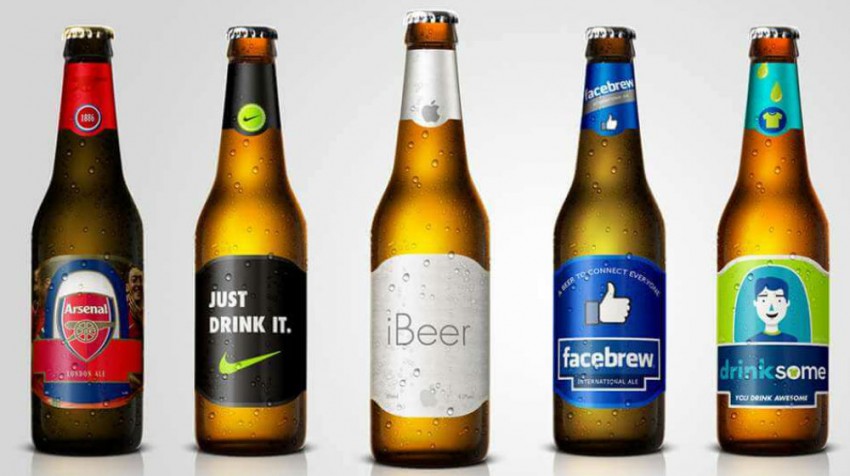 The company Printsome, which prints custom t-shirts, answered these questions with “Beer-tualising“, a clever series of brews based on the popular brands Apple, Facebook, Nike, Arsenal and itself. Not only do these beers encapsulate the look of the brands, but they also capture the brands’ identities. For instance, Facebook’s blue “Facebrew” is a universally liked beer that connects everyone. Apple’s simply designed, silver “iBeer” is different and innovative with a hint of apple flavor. And Nike’s is a sporty-looking, low-calorie beer that boasts the slogan “Just Drink It.”

On the posting, Printsome writes:

“Wooow… our right side of the brain wouldn’t stop sparkling! So many questions were on the table: how would the label be? Would they have a slogan? Alcohol level? Who would drink it?… Fear not as we have answered all those questions brilliantly.”

Printsome gave each brew a name, slogan, unique look and description. Check them out below: 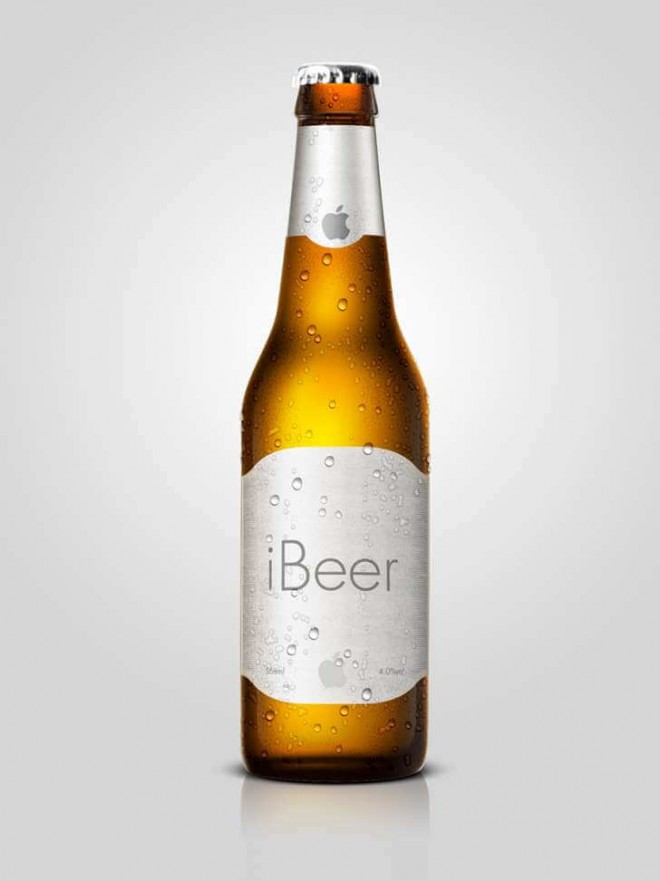 “Simple and clean, pure beer with apple essence. Now it’s when you say: “So it’s cider”, No mate, it’s different, it’s something new, a perfect combination of beer and apple. I conceptualise it as a lighter beer, organic.”

Facebrew: A beer to connect everyone 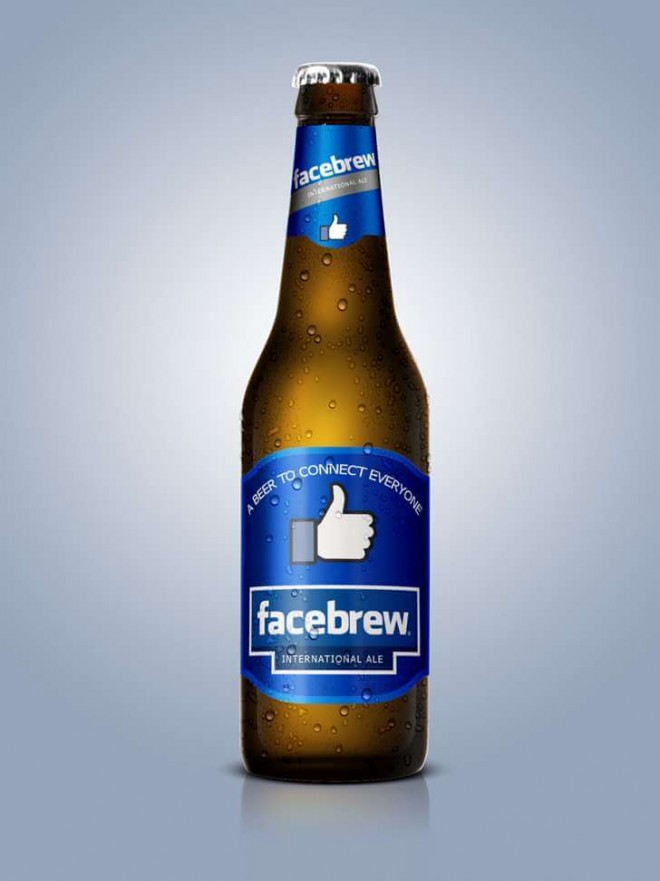 “There’s no need to say more, simply clever, a beer to connect everyone… Modern but classic, blue and social. I imagine its flavour would be slightly bittersweet, very refreshing and somehow exciting. I’m sure it’s the typical beer everyone’d like. A blonde, average alcohol level.” 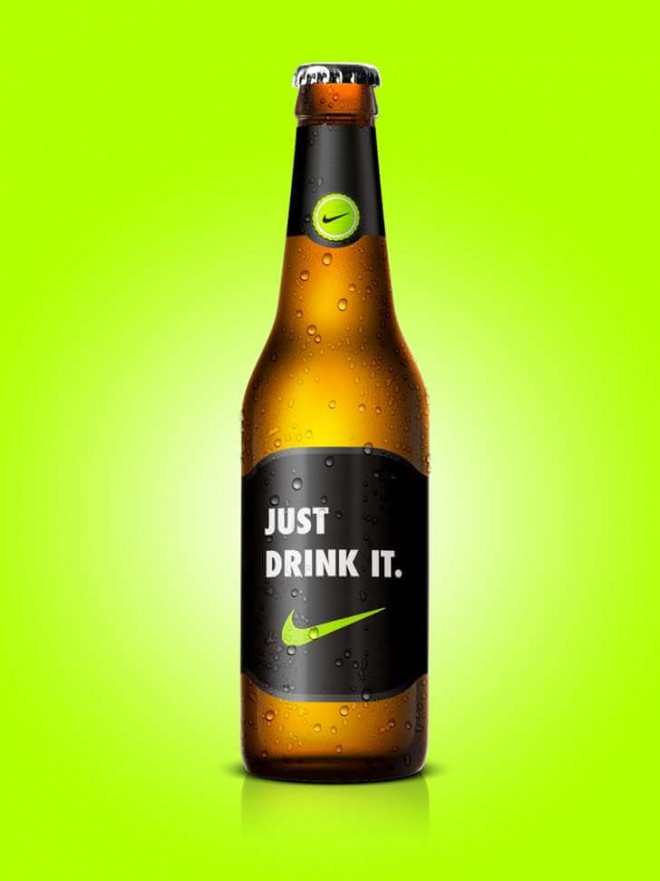 “A lower calorie beer, made for people who enjoy life but also look after themselves. A soft refreshing product. Being creative, I’d try to add taurine (every energy drink’s key component) or a similar energiser to make you move!” 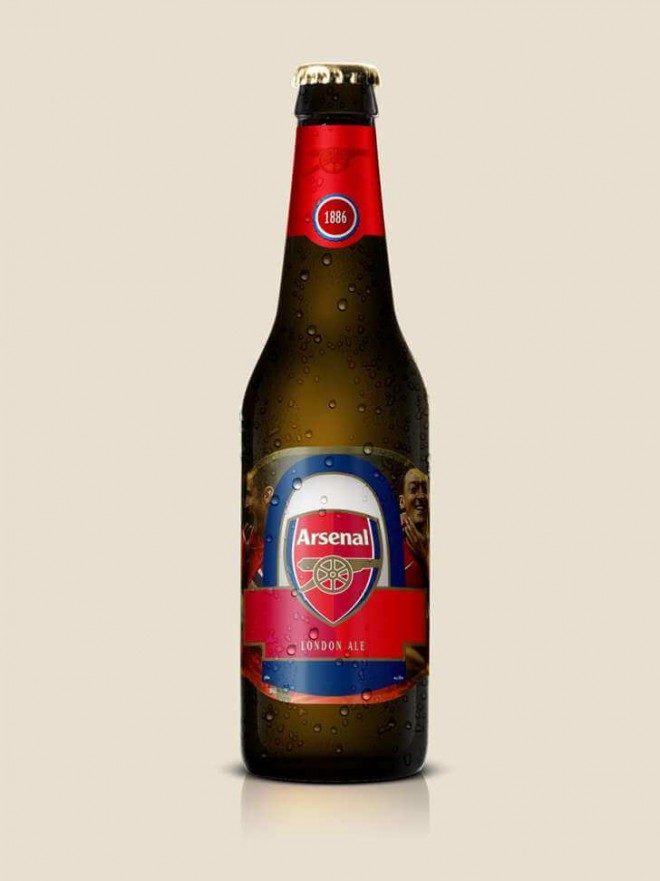 Football brands are either the most beloved or hated brands of them all. I imagine it as a brown beer, full of passion, energy and strength. Its alcoholic level would be slightly higher than the average, but nothing too crazy. A beer with history. 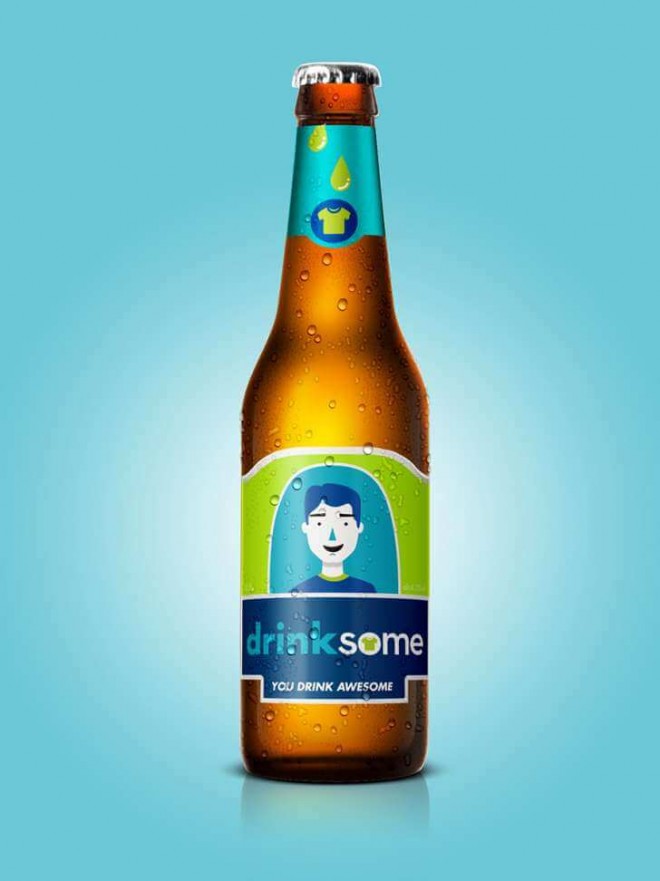 “Last but not least, our favourite one. The beer brewed for excellence. Refreshing, cool and natural. A blonde, made with ingredients from all over the world. Perhaps you never herd of it, but as soon as you try it, you automatically fall in love with it.”