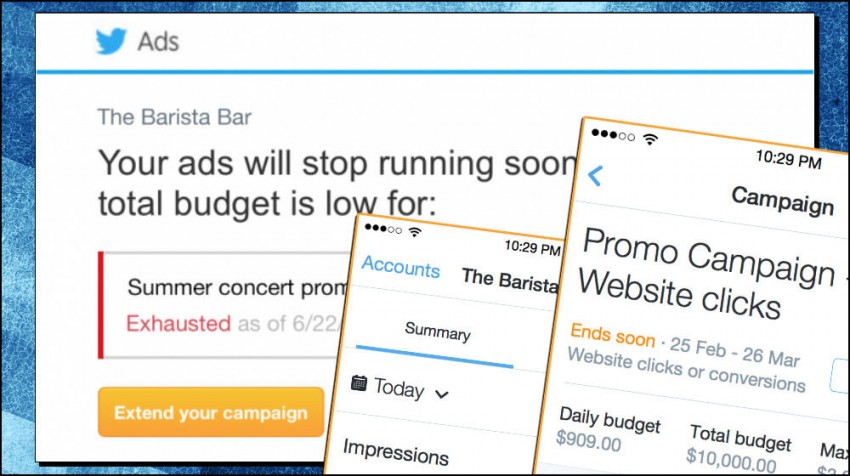 Twitter has officially announced the launch of a new mobile Ads tool. Being referred to as the Twitter Ads companion, the tool allows advertisers to manage their campaigns from their smartphone or device while away from their desk.

According to Twitter, the Ads companion will help advertisers check their campaigns performance and metrics either across all campaigns or individually.

Users can see information regarding impressions, engagement, spend, cost per engagement, and engagement rate. Advertisers will also be able to review past campaigns through the tool.

Twitter says users will also be able to perform tasks such as editing campaign bids, budgets and schedules, as well as respond to notifications and pause or resume campaigns.

The Twitter Ads companion will not allow you to actually build a campaign though. That will still have to be done on your laptop or desktop computer prior to managing the campaign on your mobile device.

The Ads companion tool is available to anyone with a Twitter Ads account and can be accessed from the Twitter app on iOS or Android devices. You won’t have to download a completely different app.

The button for the tool will appear in different places in the app depending on your device. For example, iPhone 6 or later users can find the button by going to their Twitter profile, then clicking the chart icon to access Twitter Ads. Whereas Android users will have to navigate to the setting drop down to find it.

This is another of many changes Twitter has been making recently. Those changes include alteration to the direct messaging character limit and the addition of video capturing and sharing capabilities. The departure of former CEO Dick Costolo of the big changes that seem to be under way on the platform.