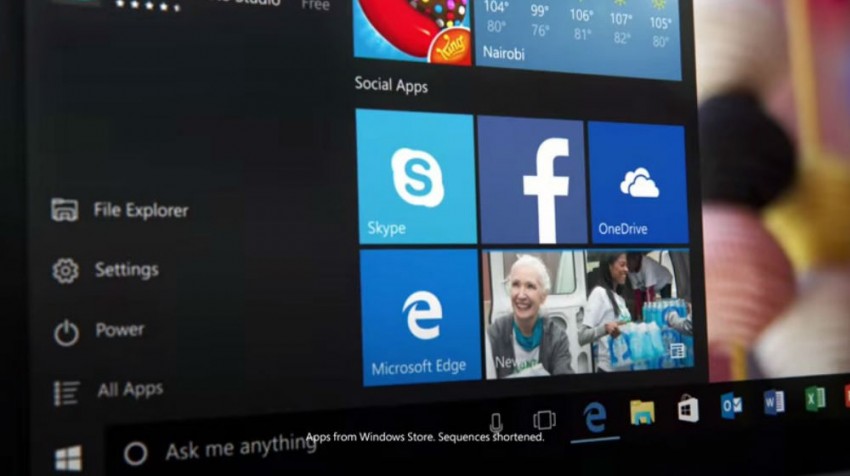 Customers have been not-so-patiently waiting for the release of Windows 10 for awhile now. The release has been so highly touted in part because of some of the issues with earlier Windows operating system. But this week, customers got their wish as Windows 10 was finally released.

Amazon, Verizon, and plenty of other big names also made news in the business world this week. You can see a full list of headlines below in this week’s Small Business Trends news and information roundup.

Microsoft introduced Windows 10 this week. The day has been long awaited by any Windows 8 users hoping the new operating system will resolve some of the problems of its predecessor. If you’ve been waiting for the latest version of Windows for your small business, here’s an overview of the new system and what it offers.

Amazon, best known for online sales of thousands of items, is making Amazon Aurora, its MySQL-compatible database engine, available to customers in three regions. These are the U.S. West, U.S. East and the European Union. Formerly, the engine had only been available to a thousand companies participating in a review of the technology.

A recently announced partnership between a telecom giant and an independent mobile video content creator is drawing attention. It points to the opportunities available to even startups in the growing mobile video market. Verizon, headquartered in New York City, New York, is joining forces with Vice Media, Inc.

It’s the beginning of the end of Elance. The Upwork platform has announced it would be shutting down Elance beginning next month, and migrating its community over to its home site.

In 2011, small business lending was at an all time low, with banks approving less than nine percent of loans for small businesses. What a difference four years makes. Lending from large banks to small businesses more than doubled between June 2011 and June 2015 to reach an all-time high, according to the latest figures from the Biz2Credit Lending Index June 2015.

Drama at HubSpot as CMO Fired After Book Investigation

HubSpot has fired Mike Volpe, its long-time Chief Marketing Officer, for “ethical violations” involving a book about the company. One other executive, Joe Chernov, Vice President of Content, resigned.

There are lots of ways to improve productivity in the office. That’s whether you work as a solopreneur from home or with employees from a traditional office. Last week in a Twitter chat, “Enabling Small Business Efficiencies: How to Improve Your Office Productivity,” members of the small business community had much to say on the subject.

When business owners get a great idea, they can easily jump into too many tasks at once. Geoffrey Gray is one of those business owners. His great idea was for a footwear testing service, which he named Heeluxe. And although he fell into that common trap of trying to do too much, he was able to overcome it and build a successful business.

If you are a site owner and have recently received this warning from Google, you are not alone. Here it is: The company has been sending out these Google CSS error warnings to a lot of site owners. The problem is caused by sites blocking Googlebot’s access to CSS and Javascript.

Do You Have an Android Phone? If so, You May be at Risk

Do you own an Android device? If so, your phone may be vulnerable to hacking. It appears that Android phones can be hacked due to a flaw in the operating system’s Stagefright media pack, leading to a vulnerability in any phone running versions of the Android operating system between 2.2 and 4.

OnePlus 2 Smartphone, Like Predecessor, is Available by Invite Only

OnePlus, the obscure smartphone company, is trying to trump the industry leaders once again with the sequel to its popular and exclusive debut device. The company has finally unveiled the OnePlus 2, which offers close to top-of-the-line specs at a mid-range smartphone price. Like its predecessor, the OnePlus 2 will be available for purchase only with an invite.

Purchasing and collecting fine art isn’t something that’s exactly accessible for many people. But Madelaine D’Angelo wants to change that. The 28-year-old was unhappy with the current model of fine art collecting. It’s something that basically requires people to purchase artwork outright in order to enjoy those pieces.

Technology has provided so many advances in recent years to make life easier for just about everyone. But sometimes there’s just no substitute for good, old fashioned pen and paper. It’s that sentiment that led 25-year-old Kaci Singer to open her business, Paperwerk.

Should a Business Owner Yell at a Screaming Child?

Last Saturday, Darla Neugebauer, owner of Marcy’s Diner, in Portland, Maine, earned herself the media spotlight when she snapped at a rowdy customer and slammed her hands on the counter. “This needs to stop!” Neugebauer shouted.