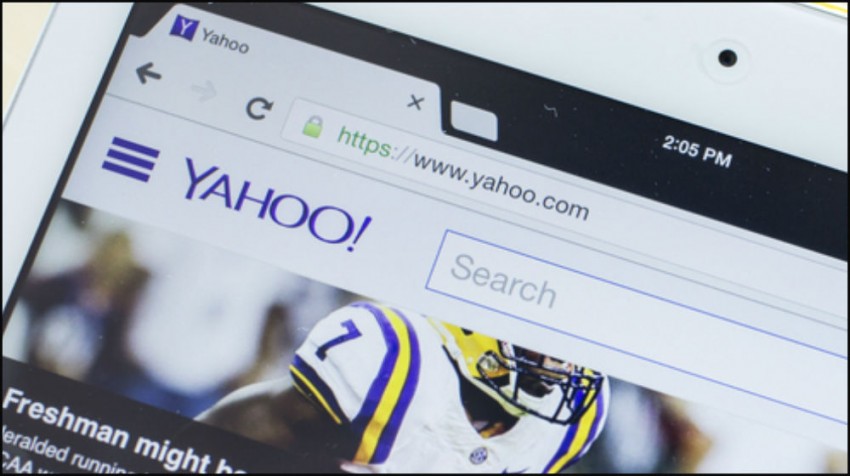 For years, Yahoo has been working to improve its offerings to compete with Google and other online giants. This week, the company announced some new small business services that could become part of your company’s online marketing toolbox.

YouTube is another online brand that unveiled some new features this week. Read more about these updates along with other small business news in this week’s Small Business Trends news and information roundup.

Businesses today have to apply the latest digital technology and adopt a digital mindset to navigate a rapidly evolving ecosystem. For small businesses with limited resources, the solutions they choose must be effective out of the box without an extended period of trial-and-error.

More than 4 billion videos are viewed daily on YouTube. Clearly, the user experience is not driving away visitors. Yet, YouTube is set to unveil new YouTube features and improved tools aimed at making the user and creator experiences even more enjoyable and beneficial.

Facebook, once again, is trying to give YouTube a run for its money, literally. The social media network announced recently that it’s going to share ad revenue with video content creators, the Wall Street Journal reports. The deal — initially struck with a few select partners — will share part of the revenue that Facebook is generating from video content posted to the site.

It’s common knowledge that saying the wrong thing online can cost you your job. But sometimes what other people say online can have consequences as well. Take the case of former Reddit CEO Ellen Pao, who stepped down last week in the wake of a campaign by site users, critical of how she handled the company, who wanted to see her fired.

The global Web development platform Wix announced Tuesday a new product integration between Wix ShoutOut, its newsletter and promotional product, and Facebook Ads. This collaboration is aimed at giving Wix users a streamlined, simplified way to launch Facebook campaigns from the Wix platform, Wix said in a news release.

Baltimore Restaurant Opens its Doors to the Homeless

Later this July, restaurants in Baltimore will band together to celebrate the city’s Restaurant Week. Events like this can help local businesses draw in new customers and show off what they have to offer. But one local restaurant in Baltimore, Tabrizi’s, is going in a different direction.

Today, Amazon celebrates Prime Day for members of its Prime program. The special service offers customers free two-day shipping and other benefits. And on this special day — some are calling a Christmas in July and Black Friday in July — members get even better deals. It’s turning into a big shopping day online, to be sure.

No one really understands the needs and wants of cancer survivors quite like those who have gone through those experiences themselves. That’s why Dana Donofree founded AnaOno, a lingerie line made especially for breast cancer survivors. Donofree was diagnosed right before her 28th birthday. Shortly after, she underwent surgery and chemotherapy.

Hiring a great team is such an important part of running a business. But sometimes, you just need some extra help for an event or busy time. And in those cases, being able to find reliable help quickly is what’s most important. That’s where Wonolo comes in.

After July 15,  T-Mobile users traveling to Mexico or Canada will use 4G LTE data straight from their existing plan instead of paying additional roaming fees. The company recently announced an expansion of its Simple Choice plan. The new plan could be of special interest to small business owners who travel to either country regularly.

There’s a new player on the smartwatch scene. More than 40 years after it introduced its first digital timepiece, the Casio Computer Co. says its new watch will compete with the Apple Watch. And its new device will focus on user comfort and durability.

Could Your Innovative Business Model Land You in Jail?

Since innovative developments in technology started changing virtually everything we do, the word disruption has been used more than ever. For established business models that have been around for decades, the threat of these new innovations has been responsible for their demise or for dramatically reducing their market share.

Microsoft has just taken a step in furthering their Dynamics CRM services. The company announced on Thursday that it has reached an agreement to acquire FieldOne, a cloud-based field service management solution. Microsoft Dynamics is a customer relationship management (CRM) software that can help organizations and businesses manage their end-to-end business processes.

After multiple security vulnerabilities recently discovered in Adobe Flash, Mozilla has decided to block the software in the latest version of Firefox. The news was tweeted by head of Firefox support team, Mark Schmidt. BIG NEWS!! All versions of Flash are blocked by default in Firefox as of now.

You may start to see a lot more bitcoin ATM machines in the near future. Currently, there are 119 bitcoin ATM machines running in the U.S. But a new report from ATM Marketplace, a directory of product and service providers for the ATM industry, claims that by next year, the number could be in the thousands. A new trend has entrepreneurs installing Bitcoin software into ATM machines.

Reports of the death of Bubble Wrap have been greatly exaggerated. As reported in the Wall Street Journal, Sealed Air Inc., which has been making Bubble Wrap for the last 55 years, announced it will replace the product with a new bubble wrap called iBubble Wrap.