This Franchisee Found a Creative Way to Survive a Recession 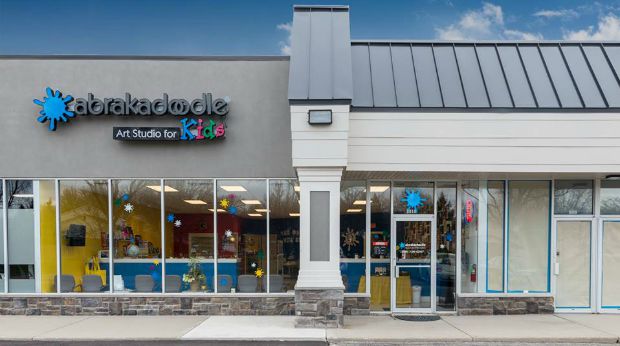 Franchise businesses often outline a specific business plan for all of their franchisees. Some entrepreneurs interpret that as having a lack of creative freedom. And so they might shy away from franchise ownership.

But there are franchise opportunities out there that allow their franchisees to really put their own stamp on their businesses. It was that creative freedom that gave Dawna Kelly a chance to succeed with her Abrakadoodle franchise in the Detroit area.

Abrakadoodle is a business that focuses on teaching art to kids. The business mainly does this through after-school programs paid for by kids’ parents

But because the business was based in the Detroit area, Kelly thought that they might have a hard time finding enough parents who would be able to spend the extra cash for after-school art programs.

So instead of focusing solely on after-school programs, Kelly, who runs the business with her husband, Al, decided to go after contracts to teach art at local schools. She explained to Entrepreneur:

“Parents may or may not have been able to afford after-school programs. But there were a lot of schools that still wanted to have a quality art program and could still afford to do so.”

It was that decision that allowed the business to survive through the recession. The franchise currently has contracts with about 30 schools in the area. And they employ about 26 art teachers.

But now that the economy is picking back up a bit, the Kellys have even opened up a studio to provide those after school classes that most other Abrakadoodle businesses are built on. After providing their services in schools, parents got to see the value in those art classes. And that created a demand for the after-school classes as well as art party options.

“I had no idea that Abrakadoodle would be as successful for us as it has been. We thought it would be maybe five to 10 schools, something just to replace income. But it turned out to be much bigger than that, financially as well as personally. The kids, when you see them doing their projects and you see all the things that they learn—they light up. And I light up as well.”