Small Business Lessons to Be Learned from Google’s Big Changes 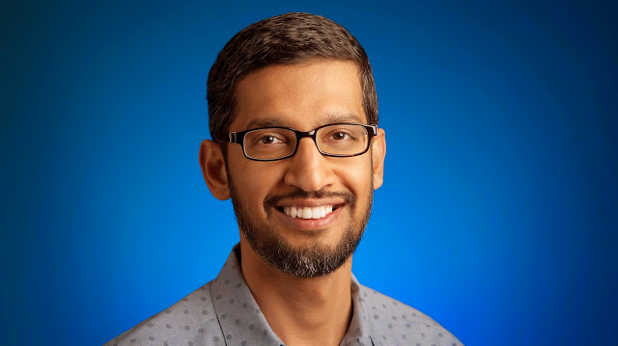 Google’s recently announced a drastic restructuring that includes the naming of a new corporate parent company, Alphabet. The change offers key lessons for small business owners in running their companies.

The key to the search engine behemoth’s move has to do with the entrepreneur mindset of its founders, Google CEO Larry Page and co-founder Sergey Brin. But it also involves the need to fashion a buffer to shelter the billion-dollar Google brand.

Alphabet Inc. will replace Google Inc. as the publicly traded entity. The company even has a new CEO, former products chief Sundar Pichai (pictured above.)

Google will become a wholly owned subsidiary of Alphabet. It will also be the parent company of additional subsidiaries. Basically, Google is the best known brand in a collection of unrelated companies, such as Life Sciences. It works on glucose-sensing contact lenses. Creating Alphabet sets Google apart.

Essentially, the founders created a large umbrella company under which Google can stand apart — and remain undamaged when other subsidiaries launch major products in unrelated sectors. It takes big swings to launch products that change the world. With big swings come big misses.

Also, the average consumer thinks of certain things when they hear the name Google. The company has been stretching its brand name pretty far lately. Recent Google launches include Google Photos and Google Now. (Google itself owns and operates other well-known brands, including YouTube.)

“Google used to be synonymous with search and advertisements but it has grown. With the advent of Android, the continued rise of YouTube and moonshot projects from Google X, it’s hard to pin the company as being any one thing.”

In a post announcing the restructuring on the official Google Blog, Page wrote:

“This new structure will allow us to keep tremendous focus on the extraordinary opportunities we have inside of Google. A key part of this is Sundar Pichai. Sundar has been saying the things I would have said (and sometimes better!) for quite some time now, and I’ve been tremendously enjoying our work together. He has really stepped up since October of last year, when he took on product and engineering responsibility for our Internet businesses. Sergey and I have been super excited about his progress and dedication to the company. And it is clear to us and our board that it is time for Sundar to be CEO of Google. I feel very fortunate to have someone as talented as he is to run the slightly slimmed down Google and this frees up time for me to continue to scale our aspirations.”

What Can You Learn?

Know When It’s Time to Step Back

First, there comes a time when entrepreneurs can simply no longer be hands on if a venture is to flourish.

For example, as Jack Yoest, Clinical Assistant Professor of Management at The Catholic University of America, writes, innovators Wilbur and Orville Wright eventually had to do the same.

As meticulous mechanics and innovators, the brothers had given the world the first manned flight and liked doing everything themselves right down to filling the oil in the plane’s engine.

But once the brothers launched their new Wright Company to commercialize their invention, this hands on approach was no longer possible.

Management is getting things done through the active support of others. The brothers would now see to it that others did the perfect labor. Employees would now pour oil into the crankcases — not the owners.

Also, as noted earlier, this approach frees up visionary entrepreneurs for more innovation.

Pay Attention to the Details

Of course, small businesses can sometimes learn as much from the mistakes of bigger companies as from their successes.

Two key risks are weighing heavily on the company, however. By changing names and launching a new one, the company risks creating large-scale confusion in the marketplace.

In addition, Google chose a name that is already in wide use by an assortment of companies.

A New York Times story detailed how widely used Alphabet is as a company name.

(You’d think they might have at least Googled it!)

There is also an Alphabet Record Company from Austin, Texas and Alphabet Plumbing in Prescott, Arizona. There’s an Alphabet Energy in Hayward, California, and even a J.P. Morgan mutual fund investor education initiative called Alphabet on Wall Street, the Times reported.

There’s even an Internet domain alphabet.com already belonging to German car manufacturer BMW. They even own the trademark for the name!

What business lessons can you learn from the big shakeup at Google?