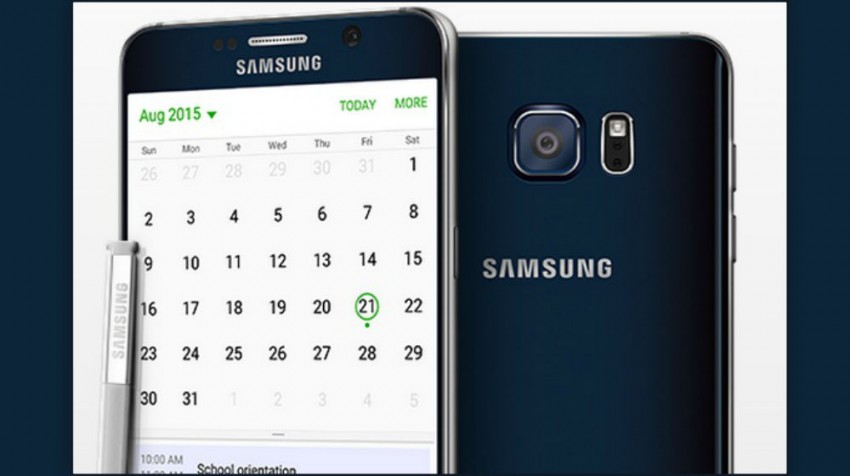 “The Samsung Galaxy Note 5 is our easiest to break mobile device.”

OK, so that’s not how the company is advertising the Note 5, except for maybe in the Bizzaro world.

But Samsung is admitting its new product has a pretty serious design flaw. The Note 5’s stylus can be inserted into its silo in both directions, but one of those directions can cause permanent damage to the phone’s functionality and disable the stylus detection feature.

“The flaw is particularly annoying because of the ease with which the S Pen can be inserted into the Note 5 the wrong way. With previous versions of the Note, it was impossible (or simply very difficult) to put the stylus in blunt end first, but the Note 5’s redesigned S Pen means it’s the same shape all the way down its length, and can be pushed into the phone just as easily the right way as the wrong way round.”

Samsung issued a statement recently advising users to carefully read the Note’s user manual. The company advises: “We highly recommend our Galaxy Note5 users follow the instructions in the user guide to ensure they do not experience such an unexpected scenario caused by reinserting the S pen in the other way around.”

However, Android Police says Samsung was “aware of this issue when it shipped the Note 5 and still did not seek to actively address it — the official manual for the phone very clearly states that the S Pen should not be placed in the device backward, lest damage occur to the phone or pen.”

They also include a video in their report showing the breakage in action.

The Note 5 was introduced earlier this month. Its upgrades from the previous Note include a more comfortable ergonomic design featuring a curved back and narrower bezel.

Another new feature allows users to write down ideas or quick notes when the screen is off even if it is locked. Samsung says PDF files can now be annotated with the S Pen and users can use ‘Scroll capture’ to capture Web articles or images even if they are long. That assumes, of course, the pen doesn’t break.

Meanwhile, Wired gives the Note 5 and its sister phone the S6 Edge an 8 out 10, saying they’re both “great phones.”

Tom Coombe is a staff writer for Small Business Trends and has been a professional writer for over 15 years, spending most of that time covering news in the Lehigh Valley. He's worked as a reporter for the Allentown Morning Call and an editor for AOL's Patch.com news service. Tom has also freelanced for WFMZ, the Produce Marketing Association and a number of other publications.
14 Reactions
Subscribe
Follow @smallbiztrends
RSS LinkedIn Pinterest iTunes