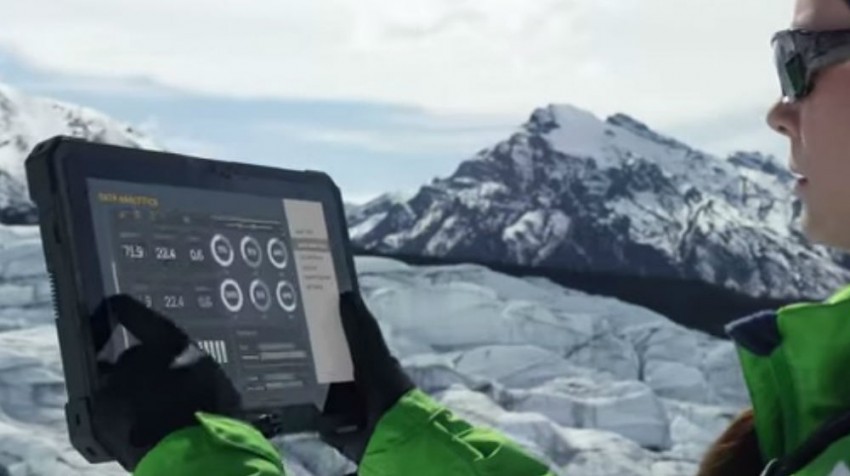 Lightweight. As slender as a pencil. Able to stream whole seasons of TV shows.

A lot of tablet makers talk about their products’ lightness, slenderness or functionality, but Dell is taking a different approach: toughness.

The company says its new tablet, the Dell Latitude 12 Rugged Tablet, is durable enough to survive the harshest environments, made “specifically for users requiring a tough yet flexible device to take with them on-the-go.”

“Dell Rugged devices are critical to many industries including military, emergency response, public safety, industrial work, scientists and even adventurers. It’s important for Dell’s Latitude Rugged devices to provide superior computing power and the mobile capabilities they require to accomplish their jobs.

“Whether it’s a first responder to an emergency or an avid outdoorsman scaling an untouched summit for the first time, Dell’s Latitude 12 Rugged Tablet is built to deliver the performance they need, wherever they need it, without worrying about what their environment throws at them.”

Dell says the Dell Latitude 12 comes pre-packaged with Fourth Generation QuadCool thermal management along with Fifth Generation Intel Core M processors. The Rugged tablet has up to 12 hours of battery life with a pair of 2-cell batteries.

It carries an IP65 rating which means it’s protected against dust and small jets of water, Tech Radar says.

The tablet features solid-state storage up to 512GB and connectivity anywhere with 802.11ac WiFi as well as an optional mobile broadband and dedicated GPS.

It also includes a durable pogo-pin docking interface for modular component expansion as well as the ability to pair with a desk dock, vehicle dock or keyboard.

The Dell Latitude 12 Rugged is now available and sells for $1999, significantly less than the ToughPad, Panasonic’s entry into the durable tablet arena.

You may not be in the military or an emergency responder. But if your small business requires you to sometimes take your tablet into inhospitable conditions, this device might be one to consider.