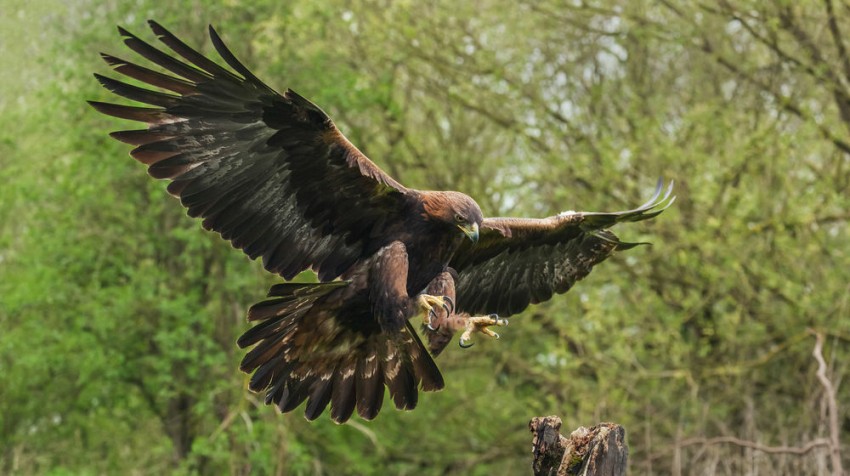 If you’re a Philadelphia football fan — or Frodo at the end of “Lord of the Rings” — you love the eagles.

Rennie is an Australian entrepreneur who uses drones to create maps. And while most of the debate about the use of drones in the U.S. seems to center around issues involving the FAA and other regulators, Rennie’s story highlights a different obstacle to drone flight: eagles.

“One in five of our flights end up with a drone being chased by a wedge tail eagle. They just attack everything in the sky.”

If an eagle breaks one of the drones, it gets expensive. It could cost up to $20,000 for a drone fix.

Since the drones come equipped with cameras, we can see such an attack first-hand. CNN posted a clip shot from the drone’s POV: a view of the countryside, the eagle flying at the camera talons-first, and then spinning.

“This is the last thing a small bird sees when a wedge tail eagle decides that you are dinner.”

The eagle was apparently fine. According to CNN, the drone operator suggested to his colleagues that if they see an eagle — or any other bird of prey — while flying, they should try to land.

And eagles aren’t the only members of the animal kingdom to have given drones a hard time. Other animals featured by CNN included:

The first FAA-approved drone delivery in the U.S. happened last month in Virginia, thanks to a small company called Flirtey. The mission of the maiden voyage resulted in a shipment of supplies to a rural medical clinic.

But larger companies  — among them UPS, Google, and Amazon — say they’re still getting into the drone game.

Amazon’s Jeff Bezos told the London Telegraph this weekend that drones will one day become “as common as seeing a mail truck.” But he also said that drone delivery is still “years away” because of government regulations.