Fiber, Copper, or Wireless: Which Connection Is Best for Your Company? 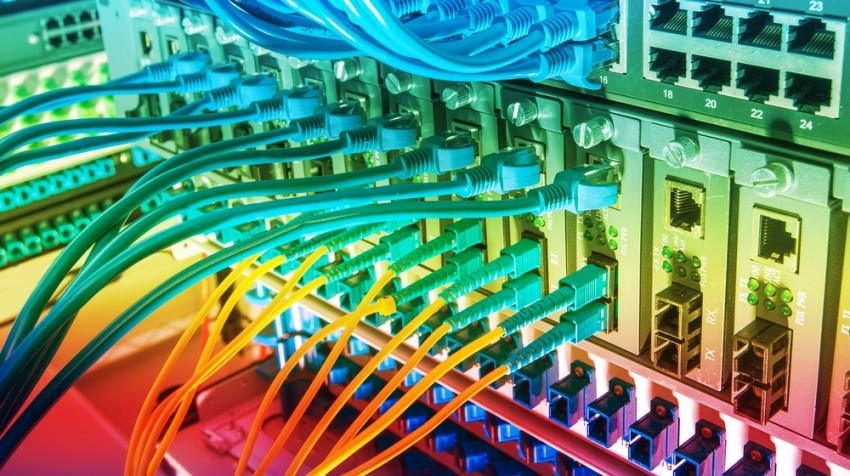 Bandwidth, the speed at which you gain Internet access, is not something small business owners probably put much thought into. And that is a mindset worth changing.

The Internet now plays a substantial role in business, probably to the extent that we take it for granted.

Consider, for example, how extensively used a data-heavy function like video conferencing is, how often we access cloud-based apps, stream videos or download large files from a website. Your bandwidth is taxed for any of those high-demand activities. One video service recommends that you need 5.0 megabits per second, just to stream an HD video.

If multiple users on your network are streaming multiple videos, uploading large files or doing other high-demand tasks concurrently, the needs multiply. If you only have limited bandwidth such as a 20 megabit per second speed, you can see how quickly a few heavy demands on your Internet access can eat up your access and slow everything and everyone down.

Still, businesses tend to use the same Internet connection for years, blithely oblivious to the speed of technology’s progress. Bandwidth problems can slow down your company’s productivity, waste your employees’ time and result in lost sales.

Before you can figure out how to ensure your operation is Internet optimized, you first need to know what you’re dealing with. Consider this a primer regarding the three basic materials we use to connect to the Internet:

These three mediums for Internet connections are available today in the marketplace. Each has advantages and disadvantages. Let’s look at the pros and cons of each.

Since the telephone’s advent over 100 years ago, the dominant way to “wire” the home involved the use of copper cabling. The copper phone wire is perfectly adequate for a voice signal, which is what it was intended for. All things considered, however, it offers very limited bandwidth. Still, so many are familiar with copper that they doubted any other medium would ever supplant it.

Until fiber optics came along.

Fiber optics refers to technology that transmits data through thin strands of a highly transparent material that usually is either glass or plastic. Fiber optic communications were launched in the 1970s, though the first fiber optic telecommunications networks were not installed until the early 1980s.

By the mid-1980s, fiber’s bandwidth and distance capabilities made it significantly less expensive than other communication mediums, so it has replaced them.

In the mid-1990s, cable television discovered fiber could enhance performance reliability, as well as enable the offering of both phone and Internet service on the same fiber.

Assessing which type of network cable is optimal for a particular company requires consideration of several factors.

Copper does offer advantages for those in rural areas. It already exists (it has been used, as noted, to wire telephones, so copper already found its place in the household) and is less expensive when used to connect network devices. Those in rural areas where no fiber optics have been run may find copper the most cost effective, because they don’t have to pay to run new cabling.

Fiber optic transmission results in less attenuation: When traveling over a long distance, fiber optic cables experience less signal loss than copper cabling, known as low attenuation. One source estimates that fiber loses only three percent signal strength going over 100 meters (approximately 320 feet) in distance. By contrast, copper loses 94 percent over the same distance. Repeaters or boosters can improve those rates, but in its native state, fiber beats out copper when it comes to avoiding signal loss.

Fiber optic cables do not break as easily: This means that you will not have to worry about replacing them as frequently as copper wires.

Wireless versus Fiber Optics and Copper

While fiber optics seem to have the upper hand over copper, wireless broadband is gaining in popularity and usage.

Wireless broadband (or 4G, which stands for 4th generation wireless), a method of broadcasting an Internet connection over radio waves, is a broad term that represents many different technologies.

4G requires infrastructure to be built out so that coverage can reach remote areas, and it is becoming more widespread with each passing year. Think of 4G as the type of technology used by mobile phone carriers — except that it has faster speed, making it a more realistic choice for Internet access than older 3G mobile phone connections.

Wireless Has Potential to Remove Costs

When it comes to fiber optic or copper cables, expenses run the gamut from purchasing the cabling, getting permits signed, paying for work crews and insurance and remunerating the IT wizards who make the network function properly.

Wireless networks may alleviate much of this cost.

One of the biggest problems, however, is that wireless signals degrade with distance: the further away the user is from the broadcast station, the weaker the signal. Fiber optics can convey a clear signal much farther.

And there are still parts of the United States without wireless coverage or with spotty coverage, such as in rural areas. Without sufficient wireless towers to broadcast the signal throughout rural areas, wireless may not be a viable choice in remote areas. However, provided the 4G infrastructure reaches your area, it can be a good choice.

The two systems — fiber optic and wireless — can complement each other, with many communications systems using both fiber optics and wireless transmissions. Australia, for example, has proposed hooking up more than 90 percent of its population to a fiber optic network for Internet access, with rural Australians receiving wireless instead.

Cable companies provide fiber-optic service to a home’s front door. But go inside and you’ll see its owners using Wi-Fi for Internet connectivity. Businesses wire up their local area networks, but staffers use Blackberries or iPhones to manage email out on the road.

Considering the complexity involved with determining whether fiber optics or copper is better for your company, you may want to consider the pros and cons of outsourcing your IT network, for an expert opinion.

Outsourcing lets you focus on what your company does best. Keeping up with the technology required to run your business is expensive and time consuming. By outsourcing your IT networking, you can spend your limited time and money on items that are directly related to satisfying your customers, rather than on the underlying infrastructure.

As important as your network is, remember, it’s still not your core business. To net it out:

For those in areas where fiber optic cable has been run already, such as urban and larger suburban areas, fiber seems like the choice for building for the future. Fiber offers speed and reliability, along with cost effectiveness.

For those in rural areas, copper-based connections may be the most cost effective and practical choice, because it’s already in existence in most places.

And in places where 4G technology infrastructure has reached, wireless may provide a realistic option, especially as it becomes more prevalent and the technology improves.

Ed Lieber is a staff writer for Small Business Trends. He is a journalist and marketing copywriter with 20 years of experience writing, editing and managing for print and digital vehicles.
37 Reactions
Subscribe
Follow @smallbiztrends
RSS LinkedIn Pinterest iTunes