Want To Be A Great Influencer? Make Others Feel Important! 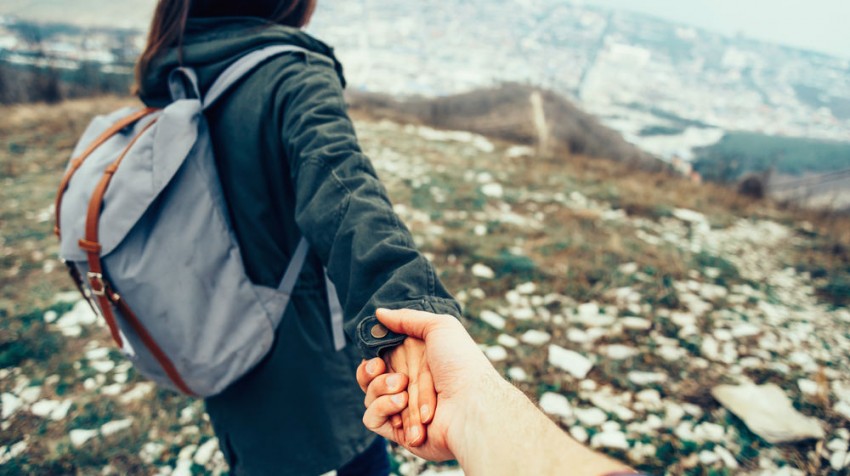 One of the most crucial skills an entrepreneur needs for success is influence. Without it, failure is inevitable. For the entrepreneur, it’s arguably the most important ability to possess.

The need to move others to action is an integral part of any business owner’s life.

You need to convince people to buy your product. You have to persuade your team to buy into your vision. To do this, you have to be able to motivate them. You need to convince investors to fund your enterprise. You must have profitable relationships with your suppliers. And you need to be a great influencer to accomplish all of this.

The need to influence others is unavoidable, and unfortunately, it’s not very easy.

People all have their own dreams, desires, and needs. They have their own minds and their own opinions. People can be complex, and getting them to do what you want can seem impossible at times.

The problem many entrepreneurs have is that they don’t know the first thing about influencing others or how to be a great influencer. Because of this, they aren’t able to get things done. It becomes immensely difficult to move their business forward.

Since the need to move others is so deeply ingrained in the life of the business owner, not knowing how to persuade can literally destroy your chances of success.

While there are many reasons why so many entrepreneurs fail at influence, there is one that is foundational. At a fundamental level, influence depends one thing: how much value you bring.

The reason efforts to influence others fail is because the would-be influencer does not bring real value to the ones they are trying to influence.

The amount of influence you have over someone is directly tied to the amount of value you bring to them. You must earn the right to influence them.

Bringing value is not about your product or service. Yes, it sounds crazy, but it’s true. It’s about something more than that.

Earning The Right To Influence

So what’s the secret to becoming a great influencer? What benefit do you need to provide to someone else in order to earn the right to influence them?

Here it is: If you want to influence others, you need to make them feel important.

Earning the right to influence people means showing them how important they are to you. It may sound odd, but it’s true.

In his book “How To Win Friends And Influence People,” Dale Carnegie discusses our deep need to feel important. It’s one of the most profound needs we have as human beings.

Think about it. Which people in your life have had the most influence over you? Which people are you most likely to listen to?

Chances are, these people were able to make you feel important at one point or another. They benefited your life in some way. It’s why you allowed them to influence the way you think.

Fortunately, it’s not too hard to show others how much they matter. This post will give you some easy tips you can follow in order to make people around you feel important.

I can’t emphasize this enough. If you want a magic bullet that will increase your influence, embrace gratitude. Gratitude is an immensely powerful way to bring something incredibly valuable to the people in your life. It doesn’t even take a whole lot of effort.

See Also: The Power of Influencer Marketing in Ecommerce

For gratitude to make a difference, it has to be sincere, and it has to be expressed regularly. It doesn’t have to be complicated. Think of something the other person did that made your life easier. Maybe they went above and beyond to do something that you needed. Perhaps it’s a customer who has just started buying from you. It could be an employee who works hard for you.

Then, figure out the best way to express the fact that you’re grateful for them. For some, it’s easier to do this verbally. Others might feel more comfortable writing a short note or an email. If you want, you can even get creative with the way you express gratitude.

It doesn’t matter how you do it, as long as it’s heartfelt and consistent. This shows the other person how important they are to you.

As an added bonus, living a more grateful has tremendous benefits for you too! Not only will you be bringing value to those around you, you’re also bringing benefit to yourself!

Similar to gratitude, praise and compliments can go a long way towards showing someone how important than they are. Noticing positive things about others is something that makes you more likable and approachable.

Remember, people buy from those that they know, like, and trust. Being willing to talk about people’s positive traits makes them more likely to like and trust you.

Of course, there’s a caveat to this.

Just like with gratitude, it has to be sincere. Insincere compliments are just flattery. People will be able to tell if you’re being fake, and it will annihilate any chance you have of influencing them.

If you’re going to do this, make sure that you’re praising things that you really believe are praiseworthy. Fortunately, this won’t be too hard. Everyone has positive traits.

Tell the people around you what you like about them. This will show them that they matter to you.

If You Have To Criticize, Do It The Right Way

According to Dale Carnegie, it’s best to avoid criticizing others as much as possible. Criticism makes people defensive. If the other person has their guard up to you, it will be nearly impossible to influence them.

However, there are times when you will have to offer criticism. When this happens, you must do it the right way, or you will lose the right to influence them.

Before giving your criticism, offer some praise first. Find something positive to bring up beforehand. Then, when you give the criticism, present it as something that would be easy to fix. Try to make it sound like it’s not a huge deal because you know they will fix it without much of a problem.

This is something that is discussed frequently on the Manager Tools podcast. I like their model for giving feedback because it is direct, easy to deliver, and painless.

Listen, Listen, And Listen Some More

How many times have you dealt with an angry customer? How about an unhappy employee? Probably more times than you’d like to think about.

One of the best ways to calm the situation down is to practice active listening. When people are allowed to vent to someone who is actually paying attention, it makes the situation much easier to deal with.

However, this doesn’t just apply to tense conversations. Listening is something you should be doing whenever you are in a position of having to influence others.

Because when you’re trying to move someone else to action, you need to make it about them, not you. When you insist on doing most of the talking, you’re not focused on the other person or their needs. Which means you’re not going to be able to bring them any value.

When you take the time to actively listen to the other person, you show them that you consider their words to be important. You’re sending the message that they are important.

When the other person is talking, keep as silent as possible. The only time you should talk is when you’re asking questions. You want to show that you’re attempting to understand them as much as possible. The other advantage that active listening provides is more understanding of the person you wish to influence.

If You Have To Talk, Make It About Them

“Talk to a man about himself, and he will listen for hours.”

Influencing others means thinking and talking more about them than about you. Any sales professional will tell you this?

Because people are mostly self-interested. If you’re trying to convince a prospect to buy something from you, and you only talk about how wonderful your company and product is, you aren’t very likely to win the sale. However, if you talk about how your company and product can solve their problems and ease their pain, you’re now speaking their language.

Nobody wants to hear all about what you want them to do. They want to hear about how it will impact them.

If you want to become more trustworthy and likable, you need to make the conversation about the one you want to influence. The more you talk about them, the more important you will make them feel. It shows that you actually care about their needs and wants.

Dale Carnegie recommends that whenever you’re in a conversation with someone else, you should make it about them as much as possible. This instantly makes you more likable.

A person’s name is one of the most pleasant things they can hear. Using the other person’s name will instantly endear you to them.

Of course, most of us are horrible at remembering names.

Which is why a successful influencer will make sure they become great at remembering people’s names. It makes them stand out in the minds of those they want to influence.

Since most people are so forgetful when it comes to people’s names, the ones who bother to remember our names are the ones who will make the strongest impression. Why? You guessed it. Because it makes us feel important!

After all, if you know someone who deals with tons of people on a regular basis, and they still remember your name, you must be important, right? Exactly.

Fortunately, there are ways to get better at remembering names. Do yourself a favor and learn this skill. You’ll be glad you did!

It shouldn’t be a surprise that tapping into one of the deepest human desires can make us great influencers. Unfortunately, it’s something that many of us overlook. We tend to think that influence means being persuasive and charismatic. While these things are certainly important, they don’t mean much if you haven’t earned the right to influence the people you need to influence.

Show people that they matter. Let them see how important you consider them to be. Do it often. It will make all of your other efforts at persuasion much easier.