This Mother Started Lysogene Biotech Company to Help Her Daughter 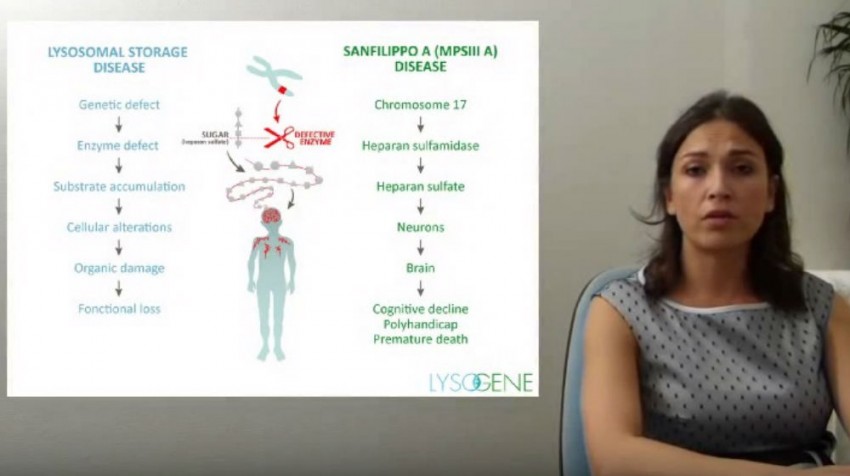 Karen Aiach is the founder and CEO of Lysogene, a biotech company that specializes in gene therapy treatments for central nervous system diseases.

But Aiach doesn’t have a medical or even scientific background. Instead, she worked as an audit specialist for Arthur Andersen and eventually started her own boutique consultancy back in 2001.

“We were told our six-month-old child would be mentally impaired, then physically handicapped, then die in her second decade. We went rapidly on the web and looked for information. We downloaded scientific articles related to the disease. Our first surprise was to realize that we were able to understand the contents of scientific publications and navigate into these papers and find the authors. We contacted them and started educating ourselves on science behind this syndrome and the symptoms.”

At first, Aiach and her husband simply connected with scientists to learn more about the disease. After learning of the lack of research being done that specifically relates to Sanfilippo Syndrome A, they decided to fund research through their own nonprofit organization.

Eventually, all of the studies and research began taking the shape of an actual drug development program. So Aiach switched from the nonprofit sector to the for-profit one, founding Lysogene in 2009.

Though the business took shape over several years with some careful business-minded consideration, the crux of it is still a mother’s desire to help her daughter and other kids like her. That unusual business path has raised some eyebrows. But it could some day lead to a cure or better treatment options for people suffering from Sanfilippo Syndrome A and similar diseases.

“The biggest challenge for me at the beginning was that I was not a scientist or a clinician or gene therapist. I was a mother taking responsibility to build a program and manage it. No one else would have done it so I wasn’t infringing on anyone else’s territory, but even so my being a mother of a patient was strange for some people.”