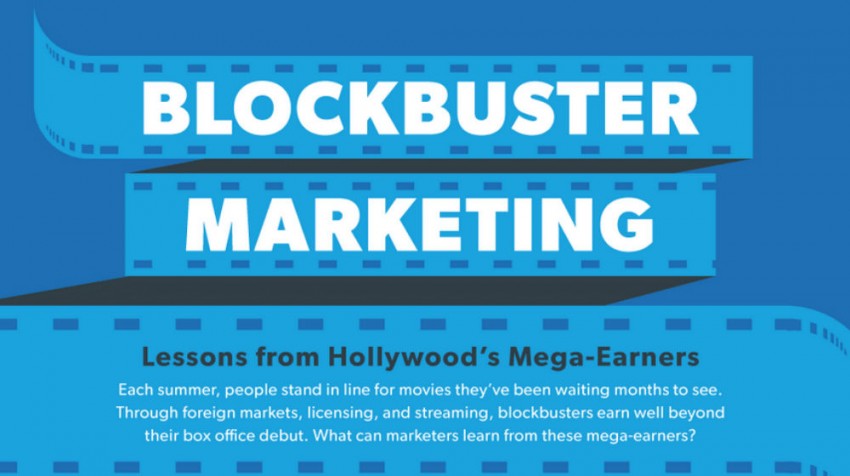 But while we all watched in awe as the genetically modified dinosaur wreaked havoc on the island, nobody was thinking about the marketing behind the blockbuster, which undoubtedly helped it achieve those killer earnings. In truth, however, marketers not just of movies, but of all manner of goods and services can learn a great deal from blockbusters like Jurassic World.

Each year, the movie industry produces a line-up of blockbusters and then markets the heck out of them. The hype, in turn, draws the crowds. Now the infographic “Blockbuster Marketing: Lessons from Hollywood’s Mega-Earners”, created by Column Five for in marketing automation software company Marketo, explains in detail how movie marketers succeed:

Check out the full infographic below for more strategy lessons!