Multitasking: Yes, You Can Do This AND That — With the Proper Planning 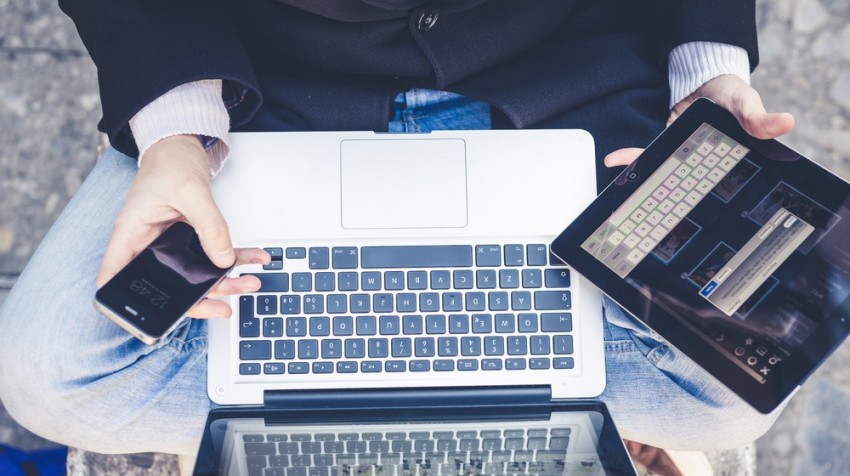 There’s been plenty of debate over the merits of multitasking. And while there are certainly some tasks that are better tackled individually, it is possible to do this AND that with the proper planning and approach.

With the development of good habits and a strategic approach, you can accomplish more in a smaller amount of time. Below are some multitasking tips that can help you train your brain to multitask without hurting your productivity overall.

Set and Give Priority to Specific Tasks

No matter how good you are at multitasking, there are things that require your full focus. The trick then becomes knowing which items require that focus and then giving those that do a higher priority while setting other tasks aside temporarily. To determine which tasks should become a higher priority, ask yourself:

If the answers to the above questions are “yes,” then chances are this task should become a priority. After making this type of determination on each task, you can then create a priority system to mark each:

Much of this will start to come naturally with practice and dedicated focus. Keep high priority tasks on your to-do list separate from the rest, and keep your eye on the “prize” that comes from completing them.

Most productivity tips share the importance of keeping a calendar. But if you’re looking to multitask, you’ll need a calendar that reflects that.

Instead of simply writing down a list of each thing that needs to be done, keep a separate calendar for tasks. If you can, group together tasks of a similar nature. And then set specific times for those tasks throughout the day, week or month so that you make sure you stay on track.

Make Use of “Cheats”

Repetitive tasks are perfect for multitasking, since you do them so often they likely don’t require a large majority of your focus. To save yourself time and concentration, compile and save the information that you find yourself needing on a regular basis and create a cheat sheet for performing repetitive tasks.

Google canned responses are one way to save yourself time if you have to type the same email response over and over again. Is there a standard response to a specific question that you often receive? If so, type the response and save it as a canned response in your Gmail account. The next time you’re asked that same question, you can start your reply, click on your saved canned responses, choose the intended response – and hit send. Instead of spending 10 minutes composing the same response, you’ve now reduced that response time to four clicks.

And if the same documents are required to complete similar tasks, create a cheat sheet list with links to all of the documents if they’re stored online so that one click is all that’s required to pull them up. If they’re not stored online and instead they’re on your computer, gather them into the same file so that everything is accessible at a glance. The idea here is to not start from scratch every time you have to complete a repetitive task.

Shift to Single Tasks to Reset Your Concentration

If you’ve spent a good chunk of your day working on multiple things at once, your brain will need a break. To press the figurative reset button, shift from multitasking to performing a single task.

This action gives your brain a rest and the reset it must perform gives you a fresh start when you have to shift back to multitasking.

Choose Tasks that Use Different Parts of Your Brain

There’s actually a big misunderstanding about the meaning of multitasking. What some people think of as multitasking is actually just serial tasking, or rapidly switching your concentration from one thing to another, according to research from Psychology Today.

In order to be truly multitasking – you cannot use the same part of your brain for more than one thing at a time.

So if you need to write out emails and also spend time on the phone, do each separately. Both of these tasks require the use of the language center of your brain so choose tasks that require different types of skills when possible. For instance, combine an action task with a communication task instead of attempting to perform two communication tasks at once. The action task requires the motor function part of the brain, while the communication task requires the language center of the brain. This is true multitasking and it can be quite successful when properly implemented.

Multitasking isn’t something that comes naturally to everyone. It’s a skill that you need to build and improve upon on over time. Research from Vanderbilt University showed that training your brain to do simple tasks over and over again, whether separately or together, increased the efficiency at which those tasks were completed.

Start with small, simple tasks to build up the skills and brain power required to do more in the future.

Along those same lines, it takes less brain power to switch focus between items that are closely related to one another. According to Entrepreneur, when you start working on a task it activates all of the necessary circuits and neurons. If you then switch to a completely unrelated task, your brain has to adjust and that adjustment can impact your focus and memory negatively.

If you have multiple tasks related to the same project, schedule them for completion at the same time or consecutively one right after the other. Avoid the tendency to go back and forth between unrelated tasks.

You don’t actually have to start from scratch to build a system that works for you. There are already different systems, including the Pomodoro method and Big Rocks system, proven to help people stay productive. There are also mobile and desktop apps that can help you stay productive.

Not every system or every app will work for every person. But if you’re looking to improve your productivity, it’s worth a try to find the one that’s right for you and then stick with it.

Shut Down All Those Devices

Multitasking is a tricky game. Your brain can only handle so much at once so it’s important for you to carefully control what you let in.

If you’re already working on multiple tasks, don’t create distraction by keeping your phone on and responding to texts while you’re actually attempting to produce results.

No one is perfect at multitasking and doing it efficiently takes a lot of intentional focus. But with the proper planning and use of these multitasking tips – it is possible to train your brain to do this AND that effectively.