One Industry is Thriving in the California Drought 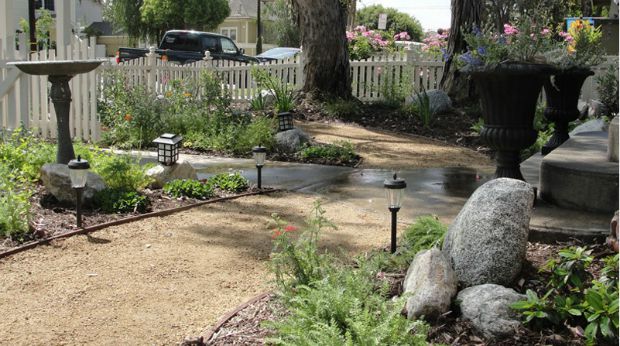 Droughts normally aren’t good for business. In California, individuals and businesses alike have had to adapt to the water shortage. And that’s leading to a boom for one particular industry in the state.

California landscapers who specialize in replacing traditional lawns with lush, native plants have experienced a recent influx of customers. The reason? The plants they’re using require a small fraction of the water that grass does.

And since people need to find any way possible to conserve water, they’re turning to professionals to help them do so.

Rob Moore, owner of California Native Landscape Design, in Orange County, is one such landscaping professional. He told CNN:

“I’m falling behind on my design work because I’m fielding so many calls and emails.”

In fact, Moore estimates that his business is poised to make more than $100,000 this year, which is double what he brought in last year. And he attributes much of that success to his ability to be creative with drought tolerant plants like lilac and coffee berry, along with other landscape design elements like stone and mulch.

Moore and others in the industry certainly didn’t count on this recent boom. They can’t control or even reasonably predict the extent of the drought. But they did put themselves in a position to be successful.

As Moore explained to CNN, traditional lawns were never really meant for the southern California climate in the first place. When people moved west, they simply kept planting what they were most familiar with, without actually considering what plants are most likely to thrive in that environment.

So the landscapers who specialize in adding plants that are actually native to California and similar climates are providing a much needed service, both to the people of California and the environment itself. In fact, some water districts in California are even offering financial incentives for residents who tear out their grass.

So while it’s still difficult to predict how long or harsh the drought will be, these landscapers are already making a difference for a lot of the residents there. And as people learn more about the difference such a change can make, some might even continue to make those changes after this drought comes to an end.