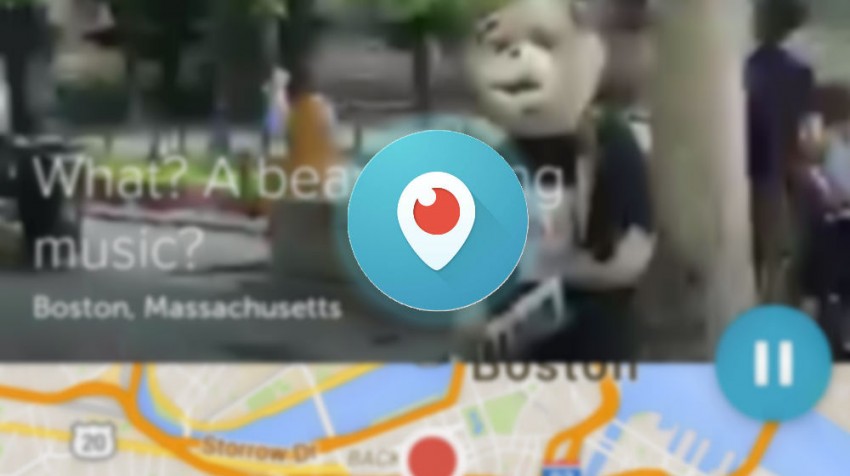 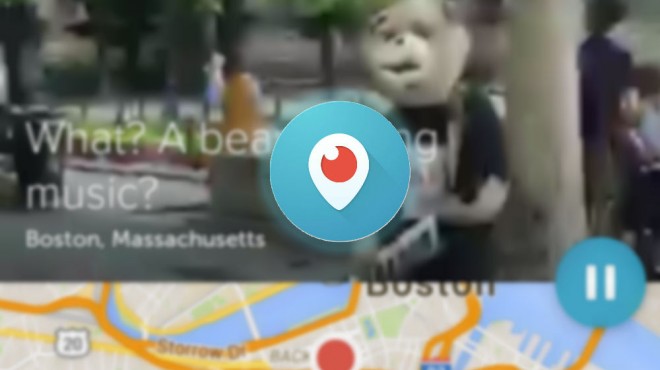 The world of social media is in a constant state of flux. The platforms that were popular just a few years ago aren’t necessarily the ones people flock to today. Case in point, Twitter’s Periscope, which launched just a few months ago, has already gained more than 10 million users. Meanwhile, the once popular StumbleUpon is struggling to stay alive.

Twitter’s popular live video streaming app hit a major milestone this month when it surpassed 10 million active accounts and 2 million users on Android and iOS. The live streaming app achieved the feat within just four months of its launch. Periscope published a post on its official blog to thank its users for making this success possible.

Is StumbleUpon Crashing and Burning?

The StumbleUpon concept was great, and it still is. But somewhere along the way something went terribly wrong. Once the darling of the social media world, the company is now struggling to stay alive as it is finding it difficult to get funding and keep its employees.

Fans of the Sony VAIO PCs may be pleased to hear the brand will soon be coming back to the U.S., though not through Sony. The brand will be making its U.S. reappearance on Microsoft store shelves as well as online starting in October. Sony made the decision to sell the VAIO brand after a sluggish quarter last year. The brand was sold to Japan Industrial Partners (JIP).

If you have an Android device, you are probably well aware of the Stagefright bug. Google, Samsung, HTC, LG, Sony and Blackphone handsets as well as the different carriers released a patch for Stagefright, but apparently it may not be enough.

Dell and Google Tout First Chromebook for Professional Use

A Chromebook is typically ideal as an access point to the Web — and your cloud storage — with the added benefit of a somewhat larger screen and a keyboard. Its use for getting a lot of work done however, is generally rather limited. Enter a new offering from Dell and Google.

Lenovo has recently revealed its newest line for mobile workstations aimed at high-end professionals. Don’t expect a run of the mill cloud computer out of these workstations. Instead, Lenovo is boasting heavy duty workstations capable of running major programs. And judging by the specs, these machines are beasts.

Being locked in for two years was basically the norm for mobile contracts, but the changing landscape of the industry is forcing companies to reassess this model. While T-Mobile and its brash CEO might have made the most noise with its Uncarrier marketing, others are following suit. Count Verizon as being the latest to do so.

Your Next Leather Bag Could Be Made from Food Waste

Leather is an incredibly popular and durable material for a variety of different products. But creating animal-based products isn’t exactly an environmentally friendly activity. And other socially conscious customers tend to stay away from the material as well.

Small businesses continued to get most of their loans approved by institutional investors this past July, the most recent Biz2Credit Small Business Lending Index reports. Institutional lenders approved 61.7 percent of small business loans in July, up from 61.4 percent in June.

For a business owner providing the products customers want, making those products available in the easiest way possible is a priority. If a customer has to put in too much effort to make a purchase, they are more likely to walk away. This is what’s known as ‘contextual commerce’.

By now, you may have heard or read the recent New York Times article shining a negative light on Amazon’s company culture. The report claims the company uses “purposeful Darwinism” to regularly purge employees. The newspaper characterizes this as an “experiment in how far it can push white-collar workers to get them to achieve its ever-expanding ambitions.

The article “9 Sales Apps to Help Small Businesses Sell Better” demonstrates how small businesses can sell better by taking the phrase “knowledge is power” to heart. Now, take your sales results to the next level by focusing your efforts where they’ll have the greatest effect.

The Best Sales Books for Small Business Owners in 2015

If you think that being successful in sales means convincing unsuspecting prospects to buy something they don’t want or need, you’re wrong. You’ll be happy to hear that the world of sales is so round that it’s gone through a full-scale revolution. Gone are the days of perceived pushing, cajoling, and arm twisting. Today, sales are about relationship, service, and support.

Spotlight: Testbirds Harnesses the Power of the Crowd

Software companies have a complicated job to do. Before even releasing a product, they need to make sure it works properly and is actually usable for consumers. But as it turns out, the best resource for gaining those insights might just be the consumers themselves.

Junction 440 Attempts to Remake Detroit as a Tech Center

If you haven’t visited Detroit in awhile, you might be surprised by what you find there. The city was written off by many as a lost cause, particularly during the recent recession. But organizations like TechTown are looking to change that. TechTown is a non-profit organization that provides resources to Detroit’s tech professionals and entrepreneurs.

If you’re a Philadelphia football fan — or Frodo at the end of “Lord of the Rings” — you love the eagles. If you’re James Rennie, you probably don’t. Rennie is an Australian entrepreneur who uses drones to create maps.

Business owners who use Yahoo Small Business services may have noticed an email from Yahoo. The company recently announced that their small business program will soon be “reborn” as Luminate,  and become a part of Aabaco Small Business. 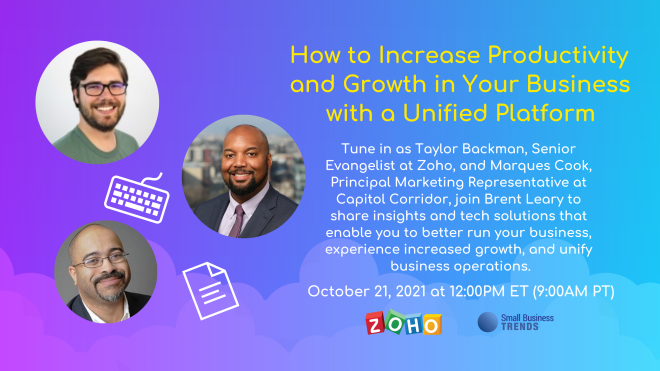 How to Increase Productivity and Growth Tune into this Facebook Live event to discover insights and tech solutions that enable you to better run your business, experience increased growth, and unify business operations.  Set a reminder! 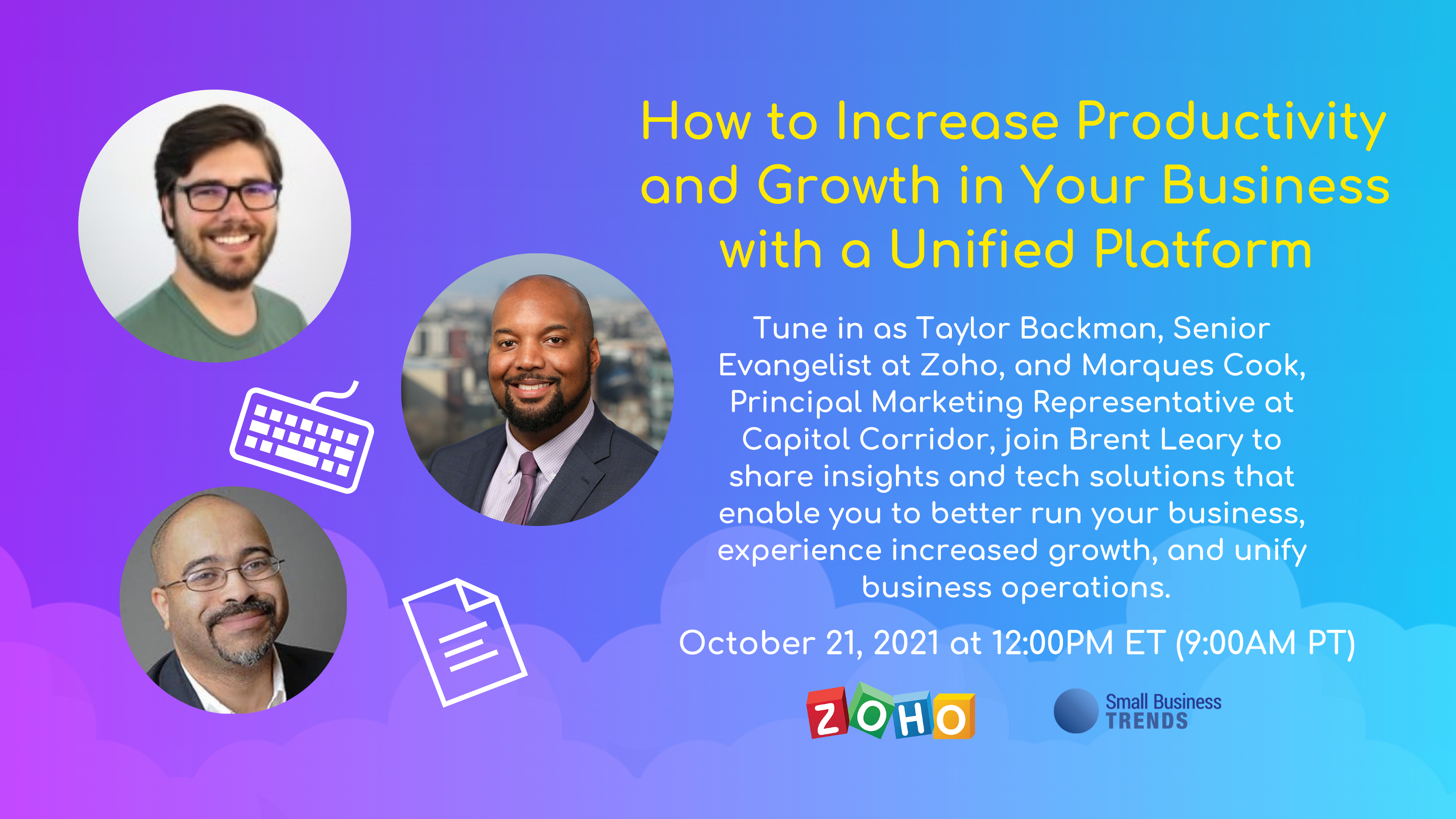 Set a Reminder!
No, Thank You