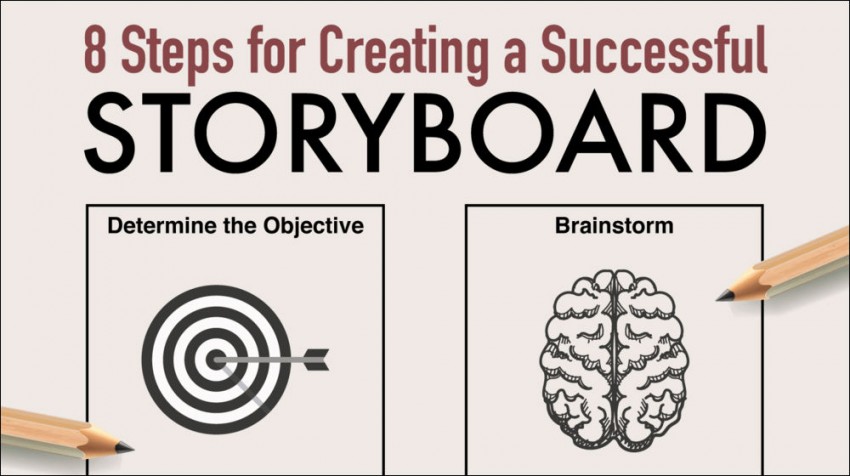 In the early 1930s, Walt Disney Productions developed a way of organizing and visualizing a motion picture before it was developed. The storyboard, as it was named, involves arranging illustrations or images into a sequence of squares that represent sequential scenes from the video.

To help guide you in creating your own storyboards, digital advertising agency Fusion 360 created an infographic called “8 Steps for Creating a Successful Storyboard”. It explains several ways to ensure your storyboard is effective and useful.

From start to finish, you should look to:

The infographic is clever as well as helpful, as the eight steps are portrayed in a sequence of squares as if the graphic itself were a storyboard. Now that effectively tells the tale!