Does Your Small Business Support the Minimum Wage Increase? 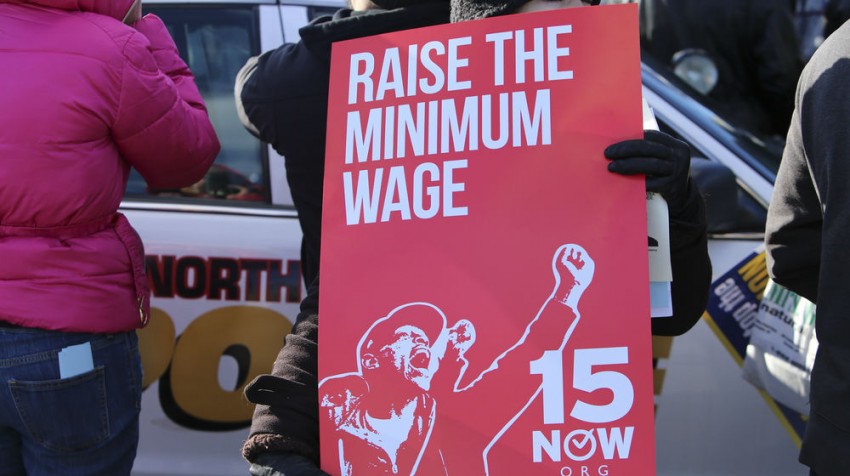 The push to raise the minimum wage has been a topic of hot debate in recent months, and it doesn’t look like it’s going anywhere.

While the talking points of either side may be compelling in their own right, one of the core arguments against the raise has recently come into question.

Many opponents of this movement argue that a pay bump for minimum wage workers would harm small businesses.

However, a new poll (PDF) from Small Business Majority shows that small business owners not only disagree with this opinion, but actually support the minimum wage increase.

Small Business Majority’s scientific opinion poll found that 60 percent of small business owners support raising the federal minimum wage to $12 an hour by 2020, and then continuing to adjust it with cost of living increases, with 45 percent strongly supporting this change.

This isn’t the first time polls have found that business owners support a federal raise.

In fact, Small Business Majority conducted similar polls in both 2013 and 2014 and discovered that the overwhelming majority of business owners had similar feelings.

But if the welfare of small businesses is one of the central tenets of the anti-raise argument, why are their opinions so different?

Surprisingly, respondents of the poll were primarily Republican, highlighting the fact that the results were not politically or ideologically skewed.

Rather, the majority of these small business owners strongly believed that raising the federal minimum wage would increase the discretionary income of many low wage workers, resulting in more dollars spent with local businesses.

Some argue that if these business owners believe so strongly in paying their employees more, they can voluntarily do this without a federal mandate.

While the study found that 50 percent of the respondents already pay their employees $12 an hour or more, small-scale implementation wouldn’t have the desired effects.

In order for the economy to be strongly impacted by a higher paid working class, a wide majority of minimum wage workers would have to be making $12 an hour. This simply isn’t possible with a sample size of 50 percent of small businesses.

This change won’t only benefit small businesses, of course, but will also stimulate the American economy as a whole. With the support of the majority of small business owners, the chances of there being a higher federal minimum wage are good.

Cities like Seattle are already taking the steps to close the income gap and it’s only a matter of time before others follow suit.

Does your small business support the minimum wage increase?

Megan Totka is the Chief Editor for Chamber of Commerce. Chamber specializes in helping SMB's grow their business on the Web while facilitating the connectivity between local businesses and more than 7,000 Chambers of Commerce worldwide. Megan specializes in reporting the latest business news, helpful tips and reliable resources and provides advice through her column on the Chamber blog.
5 Reactions
Subscribe
Follow @smallbiztrends
RSS LinkedIn Pinterest iTunes