The One Word Every Small Business Needs In Sales and Marketing 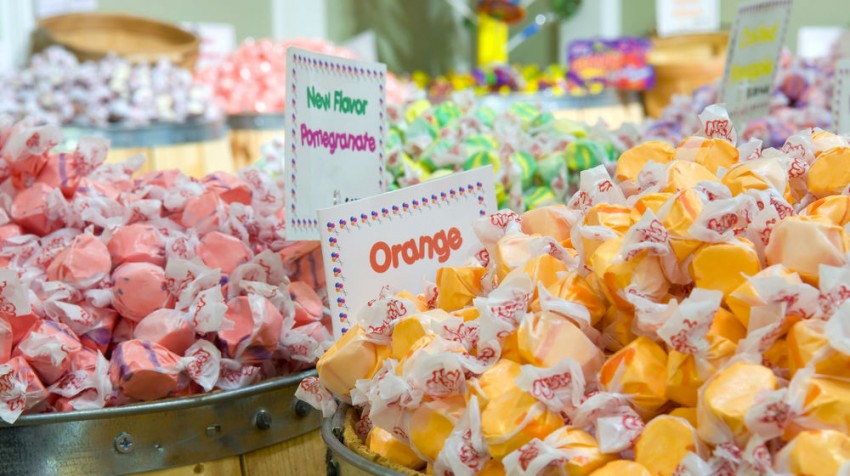 The wrong combination of what the small business offers and then delivers can leave a bad taste.

The salt-water taffy candy tasted terrible. It was safe to eat and would hurt nothing but sales. And it was my fault.

Your (much younger) Business Professor did it on purpose. It started as a noble experiment but then devolved into a base prank.

One summer, I was working as a candy cook with two other bored confederates. We dreamed up a chemistry research project combining two of the five senses: color coordination and a taste response. No animals were hurt in this human testing.

So we mis-mixed the purple coloring with the lemon flavoring, instead of with the grape additive.

And we combined the yellow lemon coloring with the grape flavoring. This produced a mixed-message that tasted awful, or so I was told.

We dreamed of getting published in the Journal of Food Science. But we lost interest and I would later go on to the next best thing: sales and marketing. (Who would think anything ‘salt-water’ would taste good? Now that’s marketing management.)

But we did prove the old sales training maxim, often attributed to Zig Ziglar, that says, “A confused mind always says no.”

The taster had to think about it … and too much thinking — overthinking — is dangerous.*

Positive is easy. Contra-indications are not. Mixed taste is a negative. The confusion, the inconsistency takes a fraction of a second longer for the human mind to process. A positive can be processed fast. A negative takes longer.

Ivan Widjaya, the Founder/CEO of the online marketing agency, Previso Media, writes of negatives in 3 Branding Mistakes You Absolutely Must Avoid for Ultimate Success,

Epicurious, a health food company committed near-social suicide back in 2013, using the carnage at the Boston Marathon bombings to plug their cranberry scones and breakfast cereal…

This caused great color and content and a (good) taste backlash.

To be more clear, authors Gary Mack and David Casstevens wrote in their go-to sports psychology book, Mind Gym, that, “Doubts cause intellectual confusion. Doubts can be paralyzing.”

The best managers will avoid the confusion of mixed messages and have one theme. One voice reduces risk for the good of the company and community. And marketer Seth Godin reminds us that, “Consumers are too good at sniffing out inconsistencies…”

Unless you’re trying to cause trouble.

In the mid 1970s, IBM was noted for inducing fear, uncertainty and doubt, or FUD, into the decision process of buyers considering purchasing a competitive product.

If a buyer had concerns about a computer company — even if those concerns were introduced by a competing vendor — the purchaser would slow down and then not consider a new supplier.

August Turak, author of “Business Secrets of the Trappist Monks,” points to the adage (promoted by IBM), “No one was ever fired for buying IBM.”

Purchasing agents were fearful of buying anything else. FUD at its finest.

Planning is easy if you have a single objective, unless the cooks in the kitchen making fud(ge) take you in two different directions.

* The overthinking part was not dangerous to me. The mixed-up salt-water taffy tasted just fine. I am partially color-blind.

John Wesley (Jack) Yoest Jr., is a Clinical Assistant Professor of Management at The Catholic University of America. His expertise is in management training and development, operations, sales, and marketing. Professor Yoest is the president of Management Training of DC, LLC. A former Captain in the U.S. Army and with various stints as a corporate executive, he also served as Assistant Secretary for Health and Human Resources in the Administration of Governor James Gilmore of Virginia.
236 Reactions
Subscribe
Follow @smallbiztrends
RSS LinkedIn Pinterest iTunes