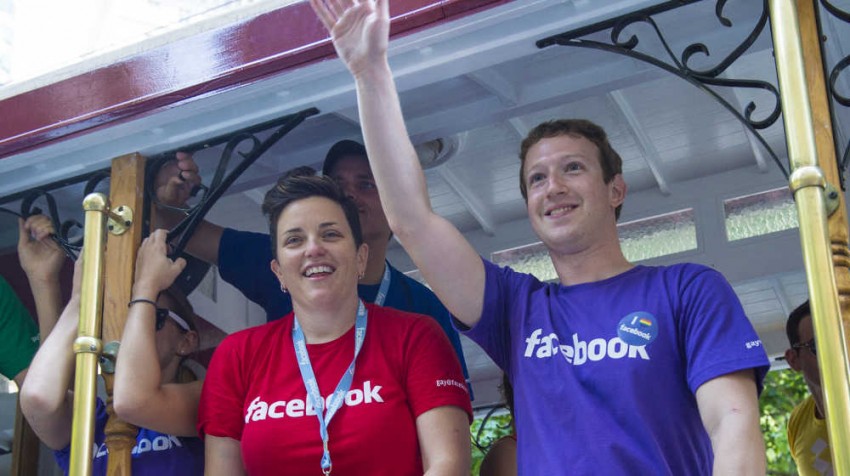 Facebook has been putting more and more of an emphasis on its video platform as of late. But how could that impact YouTube users?

Another big name is also working on expanding one of its offerings. Wix is a relatively well known name among the small business community. The maker of drag-and-drop Web design tools has been giving businesses an easy platform to build their websites for years. But recently, the company expanded its offerings to also include CRM solutions.

These and more small biz headlines are included in this week’s Small Business Trends news and information roundup.

Facebook has been increasing the priority of video sharing over the last year. And many of the videos shared come from YouTube. But this creates a bit of a problem for the producers of those videos. Once a video is downloaded from YouTube and uploaded to Facebook, the video’s creators no longer receive a share of the revenue being generated through Google ads run on their videos.

Wix Now Has CRM for Small Business, Too

You might be familiar with Wix, a company known as a maker of drag-and-drop Web design tools for small businesses. But the company has expanded its services to also include CRM (Customer Relationship Management) tools. Called MyAccount CRM solution, this service offers small business owners tools for collecting and managing contacts, managing email marketing campaigns, and more.

Can the Intel Thunderbolt 3 Give Your Mediocre PC Superpowers?

As we move to smaller computing devices with hosted applications, the hardware that takes up space is being removed for better overall functionality. This includes powerful graphics cards, which are essential for playing games and watching rich 4K media. Intel has a solution that will solve this particular problem.

Could Razer’s New 3D Camera Be Good for Online Presentations?

A new 3D camera technology from Razer might be able to remove background from a headshot — as if there were a green screen behind the speaker. With this camera that’s being developed by the gaming company Razer, the user could overlay that captured video over another image on the screen, like for a webinar presentation or video tutorial.

LG announced on Monday the next G Pad tablet model, the G Pad II 10.1. The company plans to give its newest tablet an official unveiling at IFA 2015 in Berlin next month. But for now LG is giving a peek at some of the G Pad II’s specs and features. You won’t likely get the highest specs or super clear display out of the G Pad II.

Should You Raise Money Through Non-Accredited Investor Equity Crowdfunding?

U.S. startups can now raise money from non-accredited investors through online platforms. But just because this type of fundraising is possible doesn’t mean you should use it. Non-accredited investor equity crowdfunding makes sense for certain types of startups, but not for others.

The $15 million acquisition of a biomass and crop waste energy company may show the growing viability of this market as an alternative to fossil fuel. And in turn, this may suggest opportunities for smaller agriculture businesses, like family farms hoping to find alternative markets for their byproducts.

McCormick Spices Things Up With Acquisition of Stubb’s Barbeque Sauces

Even some of the largest and best-known brands started as small businesses in the beginning. Take two seasoning titans making headlines this week. One featured products originally made from home and sold door to door. The other was originally created to serve a single restaurant in Texas.

What States and Cities are Friendliest to Small Businesses

Google has issued an important notice for small business owners with a Google My Business account. The company warns that business owners may soon be receiving a message from Google asking them to take action or have their account de-verified.

Would You Wear a Cape to Promote Your Brand?

There are plenty of ways to display your branding to customers. In fact, wearable branding is a whole category on its own. But while some entrepreneurs wear or sell simple sweatshirts or hats with their logo or company name, Allyn Reid chose a more unconventional route. The founder of Sherpa Press instead wore a cape to promote her brand.

How to Sync Your Website and Social Media Efforts

Marketing through social media is all the rage. And you know websites are important to business. But should you be tackling both for your business? If so, how do you do it so it makes sense? Read below for some tips on how to make both, or one, work for you.

Small Business Lessons to Be Learned from Google’s Big Changes

Google’s recently announced a drastic restructuring that includes the naming of a new corporate parent company, Alphabet. The change offers key lessons for small business owners in running their companies. The key to the search engine behemoth’s move has to do with the entrepreneur mindset of its founders, Google CEO Larry Page and co-founder Sergey Brin.

Digital marketing is an ever-changing field. Different marketing agencies have come and gone as the industry has evolved. But the ones that have stayed have done so by evolving along with the industry. GMR Web Team is one of those agencies. The business started out as a marketing consulting firm, then evolved into a Web design business and eventually into digital marketing.

This Entrepreneur will Send Your Message — Via Potato?

There are so many different ways to communicate short messages with people these days: texting, Twitter, Snapchat, email. And now you can add another method to that list — mailing a potato. Yes, thanks to Alex Craig, an entrepreneur in Texas, you can now mail potatoes to your close friends (or enemies) with anonymous messages written on them.

Professional Wedding Guests Are Part of a Growing Industry in Korea

Weddings are usually happy occasions that a bride and groom share with their families and close friends. But a new industry is emerging in South Korea. And it sometimes means that happy couples are sharing their weddings and similar occasions with complete strangers. Kim Seyeon is part of a growing trend of professional wedding guests.