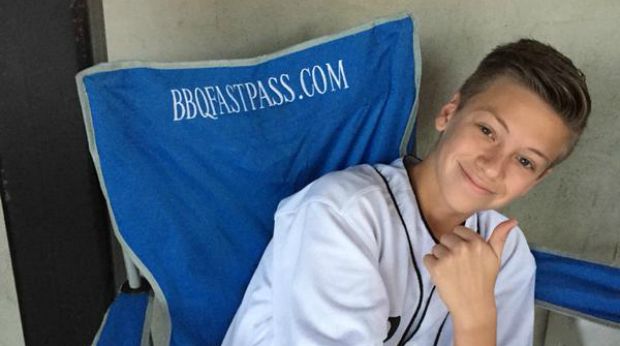 Franklin Barbecue has no trouble getting enough customers.

In fact, the Austin, Texas, barbecue joint usually has a line forming outside starting around 6 a.m. And it doesn’t actually open its doors until 11 a.m.

People travel from around the country to try Franklin’s famous tender brisket. It’s become such a big deal that some young entrepreneurs have even formed businesses that specifically cater to those people waiting in the restaurant’s long lines.

Desmond Roldan is one such entrepreneur. The 13-year-old is the founder of BBQ Fast Pass.

For those barbecue customers who want to try the restaurant’s famous cuisine without spending half their day waiting in line, Roldan will do it for them. He told NPR:

“The people I wait for … they’re from New York. They wanna have [the barbecue] and they don’t have the time for [waiting].”

Prices vary based on the day of the week and the size of the order. He also offers to bring people their order for an additional $20.

But Roldan isn’t the only local who’s making money off of Franklin’s long lines.

Annie Welbes is the owner of Legend Coffee Co., which is located right next to Franklin Barbecue. She didn’t get into the coffee business specifically because of the sizeable line at Franklin.

But she did take it into account when choosing a location. She told NPR:

“It was always in the back of my mind that this would be a really amazing place to start a business.”

Welbes estimates that she gets business from about a quarter of the people who wait in the line on a daily basis. And she’s sure to have the business open during all of the prime line-waiting hours.

Smaller operations — parking scouts, windshield washing, and chair rental services — have all popped up to serve those waiting in line at various points. While each of these businesses differ in size and what they offer to consumers, they do have one thing in common — a clear target market.

The line at a local barbecue joint might seem a bit too small and specific to sustain a whole separate business – much less several separate businesses – but it has proven to work for these entrepreneurs. They saw the need for some goods and services among the people who wait in Franklin’s line. And since the line is a daily occurance, they know they can count on new customers to sustain and grow their own operations.